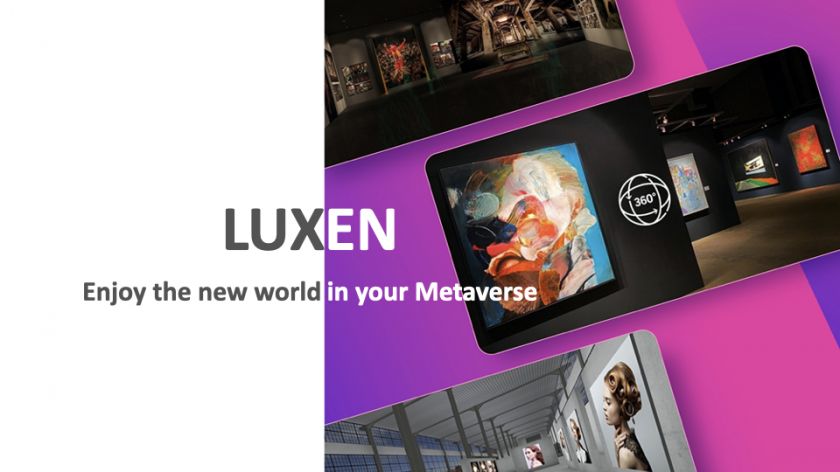 Xeno Holdings, a technology investment firm based in Hong Kong, announced on Tuesday the establishment of the joint venture “Luxen”, a metaverse platform in partnership with global metaverse developer 7K Immersion. The goal of Xeno Holdings and 7K Immersion is to build and bring synergy to a metaverse ecosystem that expands NFT technology in the art, sports and entertainment industries.
In this joint venture, Xeno Holdings is responsible for the planning and operation of NFT item and marketplace integration while 7K Immersion is responsible for the completion and development of the metaverse platform. As each party has competitive advantages in their responsible areas, their collaboration is expected to bring new business models and NFT events for the joint venture. Last May, during the ‘NFT Gala Show’, Xeno Holdings made the first announcement on the establishment of the metaverse platform ‘Xeno Cube’.
Amongst Xeno Holdings’ many investments into the technology market, one particularly successful case has been their ‘Xeno NFT Hub’ (https://market.xno.live), an NFT marketplace, comprising both online and offline environments. Xeno NFT Hub is leading the way for many new opportunities and business cases to introduce the public to NFT technology and bring NFTs into the mainstream.
Xeno NFT Hub recently conducted an offline art exhibition event with artist Peter Moon from the New York Waterfall Gallery (https://waterfall-artfulliving.com/pages/artist-peter-moon) in Gallery 832 located in Gangnam, Seoul, as well as the NFT Supper Genesis (https://www.nftsuppergenesis.com/) event with Pixel artist Joo Jaebum, chef DJ Park, Numomo and Punto Blu Art Gallery in Seongsu, Seoul.
7K Immersion is a developer of metaverse technology based in China, India and South Korea. Through Lucid, an immersive and interactive online platform, a new way of social networking in a virtual world is being explored. The 7K Immersion team has studios with the capability for full virtual production in China and India to support the global standard OSFX (On-set VFX). The team also holds exclusive rights to distribute the wearable headset ‘Vrone’, adding to their high level of experience in the VR and metaverse space.
“Luxen is planning to collaborate with the K-Pop, sports, art and entertainment industries to help transition their content into the metaverse through the use of NFTs. The partnership between the two companies will bring a global scale and competitiveness with a unique value proposition in the NFT and metaverse markets,” said Alan Miller, CEO of Xeno Holdings.
The first project of Luxen will be minting and listing of NFT products and arts through virtual fan meetings and art galleries presented on the Xeno Cube platform. Xeno Holdings has earmarked and provisioned $10 Million USD in funds for further investment in this area.
Press Contact
Kate Wilson (pr@xno.exchange)
Source: Xeno Holdings