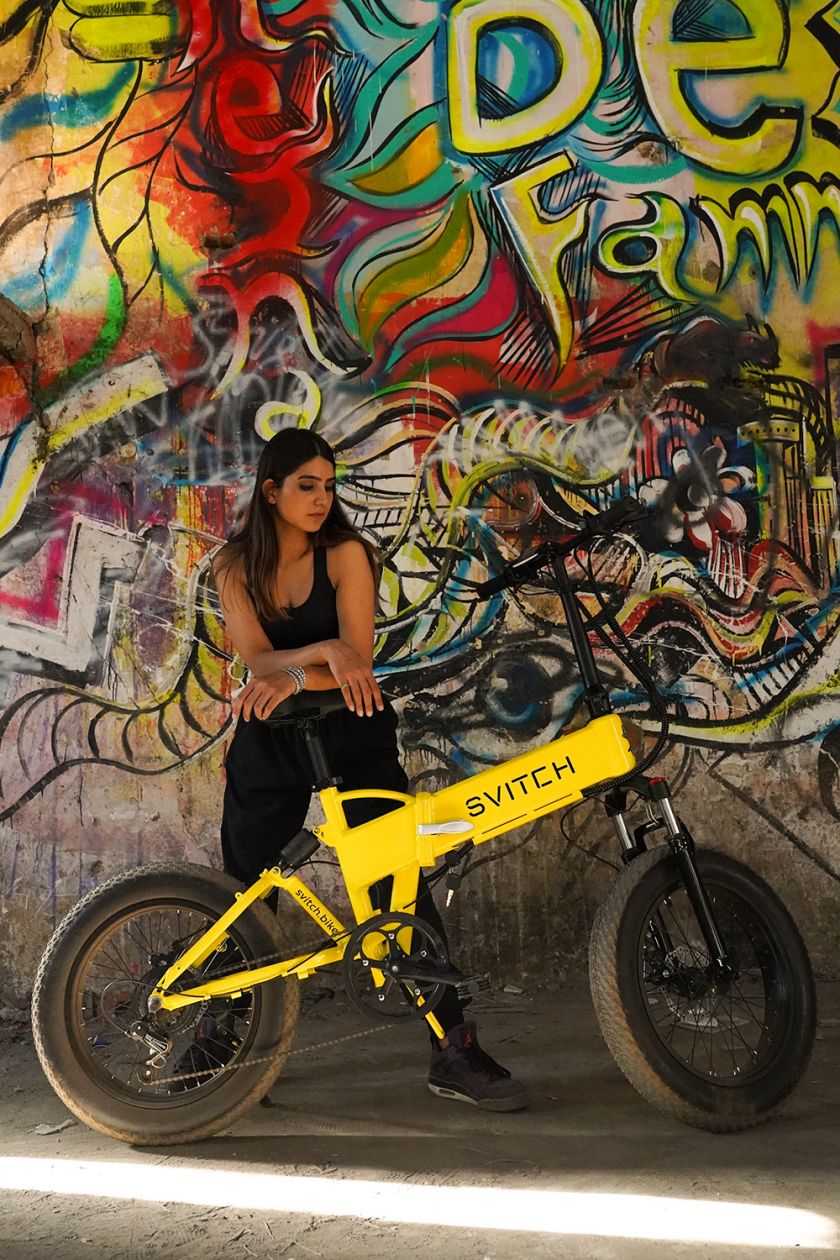 An Electric bike giving 80 miles of range goes global via INDIEGOGO.
Svitch Bikes, the world’s breathtaking Foldable Electric Bike manufacturers, is about to launch their first-ever crowdfunding campaign via the “Indiegogo Crowdfunding Platform.” Svitch Bikes aims to outstretch its global presence with the use of a Crowdfunding Platform and anticipates reaching out to the broad masses who seek creative and innovative products through such online platforms.
Currently revolutionizing the Indian EV industry, Svitch bike has already achieved the benchmark of the bestselling premium e-bike with sales of more than 3000 bikes and has a huge network of 130+ dealers across India. The company has managed to create a cult following among riders who want to own a bike that offers brilliant performance in a well-designed package.
Svitch as a company is ready to take the world by their electric storm. The brand is ready to introduce its product to the rest of the world.
With an ambitious growth plan, Svitch Bikes is now looking for early adopters to come on board and back the project to support their campaign goal. With India being the starting point, the company focuses to expand into territories of the United States and European countries.
With the expansion in mind, the company is also launching their LIMITED-EDITION E-Bike “Svitch SXE”, a bike that is specially tailored for the international market with a motor power of 500-watt and a battery of 48V, 14.5Ah that helps to accelerate the riding performance on metalled and wide-opened roads.
The company has already established 3 warehouses worldwide, with overseas locations in Florida and London. These two warehouses have been established to allow easy and fast shipment & delivery services for the global market. Before the campaign launch, they managed to sign a deal with a company based in the Netherlands to become the first Svitch Distributor for the European market.

The biggest advantage that Svitch as a company holds against the competitors on Indiegogo is that they are ready with the stock of a thousand-plus Svitch bikes. To be precise, 1200+ Svitch bikes are waiting to get shipped overseas anytime from their production unit based in Sanad, Gujarat.
By opening the doors to the international market, Svitch Bikes hopes to attract backers who are passionate about the technology used in the bike as well as those who want to influence others with their fitness regime.
The Founder and the Managing Director ‘Mr Raj Patel’ says, “You will never step down once you start riding Svitch. With its lightweight, impressive design, and easy handling, it is the perfect bike for cyclists and barefoot runners of all sizes because you can easily take your Svitch with you anywhere you go.”
https://www.indiegogo.com/projects/svitch-bike-breath-taking-foldable-electric-bike/coming_soon/x/26530816
Svitch Bikes are soon going to launch their first-ever Crowdfunding Campaign on Indiegogo. To know more about Svitch Bikes and their crowdfunding campaign, click the link and support them to bring their project to life.
Source: IZIA BRANDING Pvt. Ltd.