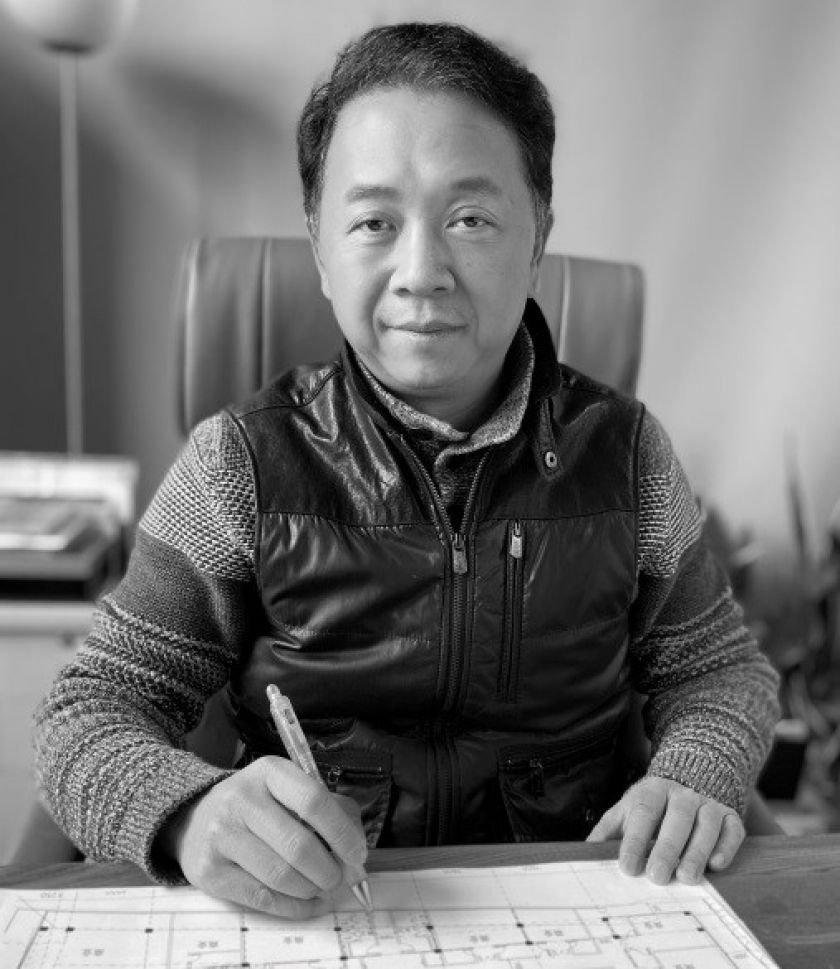 Award-winning commercial brokerage and developer Hampton Commercial recently invited world-renowned architect Yu Peng to join its executive leadership board.
Mr. Peng will bring over 25 years of experience in environmental art design to Hampton Commercial’s project design and development efforts. His work extends from designing international restaurant and hotel development projects to overseeing and constructing large-scale, cultural landmarks that are proclaimed as national treasures in the countries they belong in. Some iconic works include the popular Panda Fan Restaurant in Melbourne, Australia, the serene Howard Johnson Hotel in Chengdu, China, and the famous Damiao Restaurant in Chengdu, China, which hosted Michelle Obama and her family on their visit in 2014.
“We are thrilled to have Mr. Peng join our team – he is a most distinguished and well-respected figure of the architectural world. Now, North Texas can look forward to experiencing his genius and masterpieces firsthand,” said developer Cecilia Hampton, CCIM. Hampton Commercial has numerous projects that are slated to break ground in upcoming months, and Mr. Peng will be commanding them.
Mr. Peng places a strong emphasis on responsibility to environmental impact and features new uses of old materials, which manifest to a timeless ambiance and grandeur to his spaces. A feast for the senses, Mr. Peng’s latest project, the Dongmen Marketplace in Chengdu, is a 26,000-square-meter emporium of hybrid design featuring both traditional and virtual architecture. Through its mansions, sunken market square, waterside pavilions, and old-fashioned tea shop, visitors can dial back 2,300 years and experience the city’s historical charm. The marketplace is a new-style leisure venue that inherits rich, local culture while exceeding the comfort of modern life demands – winning the coveted, gold award of “Innovative Space Design Competition,” a national-level competition in China.
“I am proud to be joining such a notable brokerage and developer based in Dallas-Fort Worth – especially as the metroplex continues to flourish. The future is bright for North Texas and I hope to contribute to its continued expansion, the enrichment in its communities, and its evolving culture – while respecting its roots,” said Mr. Peng.
In addition to Mr. Peng’s design practice, he was a professor at Sichuan University and has published articles, books, and magazines. His articles in Art Observation, Fine Arts and Design, and interior design are circulated as some of the most respected publications in the design industries of China and other countries.
To learn more about world-renowned architect Mr. Yu Peng, please visit www.3Aoi.CN.
Hampton Commercial, part of Hampton International Realty Group with KW Commercial is a top real estate brokerage servicing the Dallas-Fort Worth Metroplex. Experts in land sales, purchasing, and development, the bi-lingual, award-winning team boasts decades of experience and over $175 million in transactions. To learn more about Hampton Commercial, visit www.hampton-international.com/commercial-services.
Source: Hampton Commercial, part of Hampton International Realty Group with KW Commercial