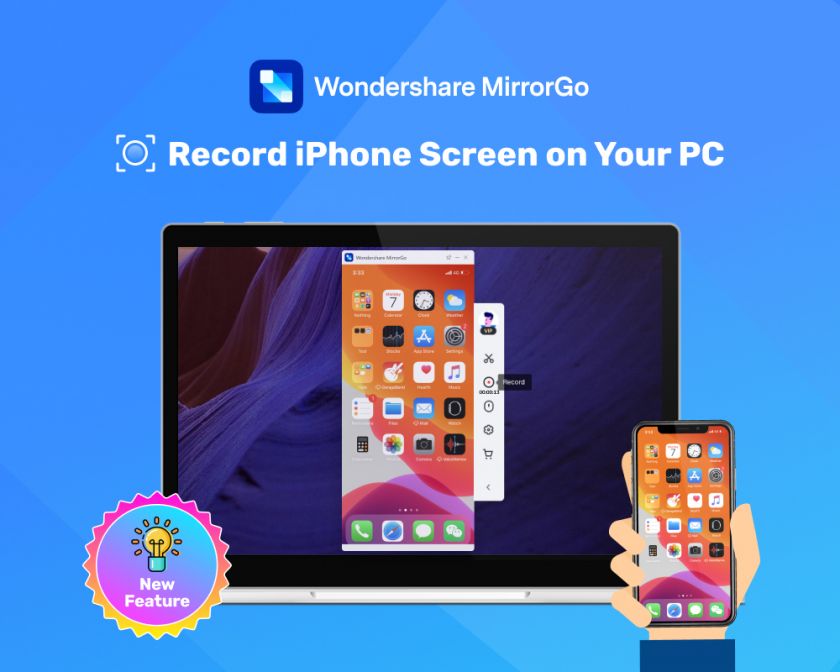 Wondershare MirrorGo is a tool that allows both iOS and Android users to control the phone from a computer. The users now can record and mirror their smartphone’s screen from PC, transfer files, and much more with a few clicks. Most importantly, all of this can be done without rooting or jailbreaking their devices.
MirrorGo version 1.0.7 update has just dropped with significant new features for both iOS and Android to further enhance the experience.
What’s new for iPhone and iPad users?
The iOS version is updated with the following features:
All they need is to connect their iOS device and computer to the same Wi-Fi network and click the Record button. MirrorGo will automatically record the screen after a three-second countdown.
Users can easily save the recording on their computer and share it with their boss, colleague, friend or family.
These features will help teachers, presenters, and gamers to work or play conveniently.
What’s new for Android Users?
The Android version is updated with the following features:
They can now simply click on the “Rest Screen” button to turn off the phone’s screen without disconnecting it.
It will save the phone’s charge and avoid distraction while teaching, presenting or gaming using screen mirroring.
The Wondershare MirrorGo new version is available now. Get it here starting from $5.95 USD/month. To learn more, please visit the official website.
About Wondershare
Wondershare, one of the most technologically driven and advanced brands, has made its presence known in over 150 countries worldwide. Since 2003, it has helped millions of people to simplify their lives, pursue their passion and enhance their creativity and performance.
www.wondershare.com
Media Contact
Ellen Cheng
Wondershareellenc@wondershare.com
Source: Wondershare Software