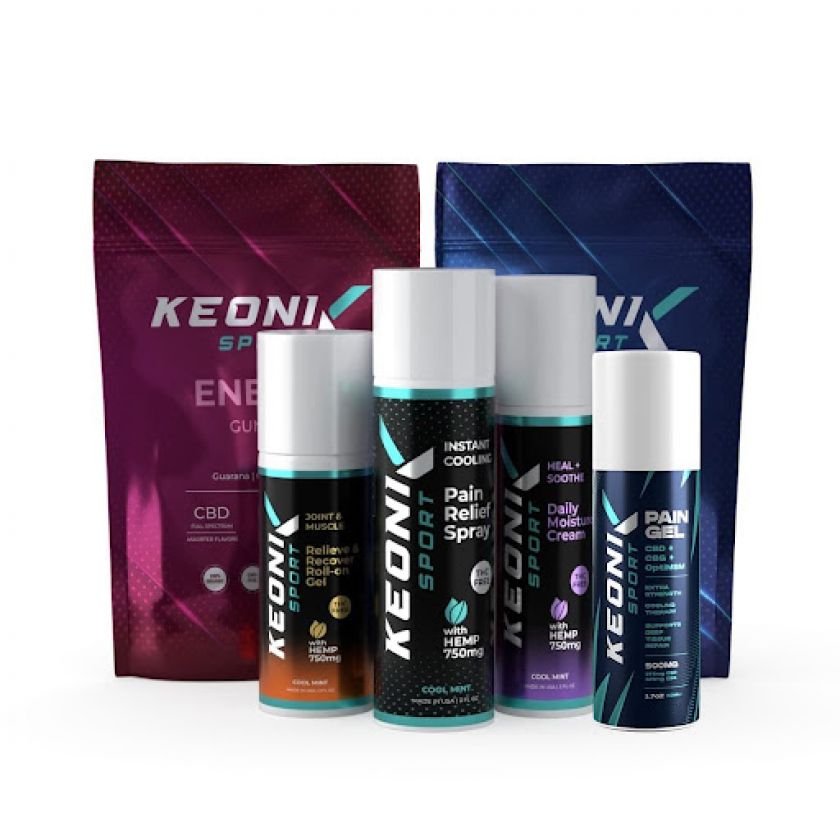 Keoni CBD, a homegrown midwestern company is set to debut their latest product line, Keoni Sport, during this year’s Olympia Fitness and Performance Weekend in Orlando, FL on Oct. 8 and 9.
Keoni Sport CBD infused product line is designed specifically for athletes like those attending and participating in this year’s  Olympia Power Arm Wrestling Championships this coming weekend. The line features six distinct products designed to give athletes a competitive advantage and allow them to perform at their best. The line includes an instant pain relief spray, two gummies dedicated to sleep and energy, a relief and recovery gel, a pain relief gel, as well as a daily moisture cream.
Keoni Sport CEO, Brent Garr says “CBD has many known benefits and there is a sincere lack of product formalized for the every day gym goer, the athlete, and the fitness community in general. We are beyond thrilled to be part of the Olympia Power Arm Wrestling Championships as a marquee sponsor, which will air on NBC Sports in November and expected to feature many notable athletes and celebrities like Adam Scherr, fka Braun Strowman — Pro Wrestling’s World Champion, champions Michael “Monster” Todd and Devon “No Limits” Larratt, and celebrities Master P, Martin Kove, and several professional MMA fighters.
In addition to Olympia, Keoni Sport is sponsoring several athletes and will look to continue to grow its presence in the Combat Sports World. Prior to its debut at Olympia, Keoni Sport sponsored American Mixed Martial Arts fighter Tito Ortiz at his last fight in Hollywood, FL and will act as a major sponsor in Tyson Fury’s corner during his third bout against Deontay Wilder on Oct. 9. The trilogy fight, being billed as “Once and For All” is expected to be the biggest professional boxing event of the year.
The Olympia Fitness and Performance weekends bolsters a number of events, expos and more that are designed to showcase the discipline, effort and intentional work that is required to compete at the weekend. Past notable celebrities in attendance include Dwayne “the Rock” Johnson, Shaquille O’Neal, and Mark Wahlberg. The Arm Wrestling Championships, one of the events, which will feature cash prizes and air on NBC Sports, will be held on Oct. 8 for the Military/First Responders and Amateur divisions and the main event, the Open, will be held on Oct. 9.
Keoni Sport is excited to see all the action unfold at this year’s Olympia weekend and wishes good luck to the competitors. To learn more about Keoni Sport visit their booth at Olympia this year or go to https://www.keonisport.com for more information.
Heather DeSantis
heather@publicityforgood.com
Publicity For Good
Source: Keoni CBD