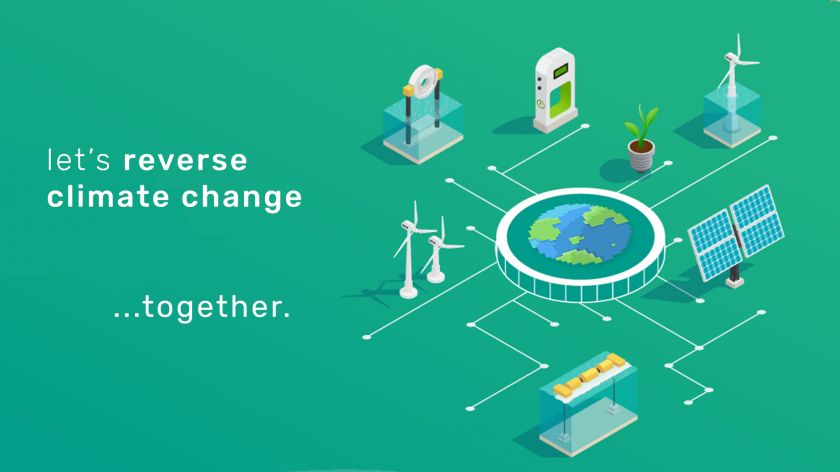 REVERSE, a new token offering, launched last week. The company responsible, AGA Token, offered up all of the tokens in an experiment. AGA did not hold any tokens or treasury for itself, instead choosing to release everything; they hope it will create a self-sustaining ecosystem that will help fight climate change. AGA’s only responsibility will be to maintain a bank of carbon removals on the blockchain, and even that they intend to transition to automation.

“We are attempting to make saving the planet simple. Buy, use or sell our token and you’re creating a positive impact in the fight against climate change. We use the blockchain to verify and prove that. Track your own, verifiable data. Clean and Simple.

“We felt doing good wasn’t always appreciated enough. Doing good might be a great reward in itself, but we believe people doing good for the planet should have the opportunity to benefit. You know those that put profit first sure are.

“So, not only is this a chance for those who just want to do their part to get rewarded, but it also provides a little incentive for those with cost-associated reservations. They still get to benefit while doing their part as well. Do Good, Get Rewarded,” said Stefan Renton, Head of Product & Sustainability at AGA.

Reverse token transforms a percentage of the transaction into funding carbon removals. Initially, the funds will be used on existing projects, but their vision is much bigger. They plan to fund innovative solutions in the future such as kelp reforestation and food, feed and fertilizer projects.

“Did you know methane has 21x more impact on the heating of our atmosphere than CO2 emissions? Cattle produce a lot of methane as a byproduct. Recent studies show that adding as little as 1% of a seaweed called Asparagopsis to cattle feed can reduce methane emissions by up to 70%! We want to collectively fund innovations like this.”

Reverse believes these methods could be more efficient ways of sequestering emissions:

“We wanted to create a way to fund these projects, and through mainstream adoption, potentially increase cost efficiency, meaning more positive environmental impact per dollar spend.

“With less than half the current daily volume of Dogecoin, we could neutralize 10% of Global Carbon emissions. However, at that kind of daily volume we could invest in projects that have roadmaps to 10x cost efficiency.

“That could mean eliminating 100% global emissions with half the daily volume of Dogecoin.

“We also aren’t suggesting that this is an endgame solution; the most effective way to sequester carbon is to not release it in the first place. However, this transition takes time and we want to ensure that the impact within this time period is limited. This is a great way to do that, while also helping to improve ecosystems,” said Stefan.
Contact
Stefan Rentonstefan@aga.finance
Source: AGA Token