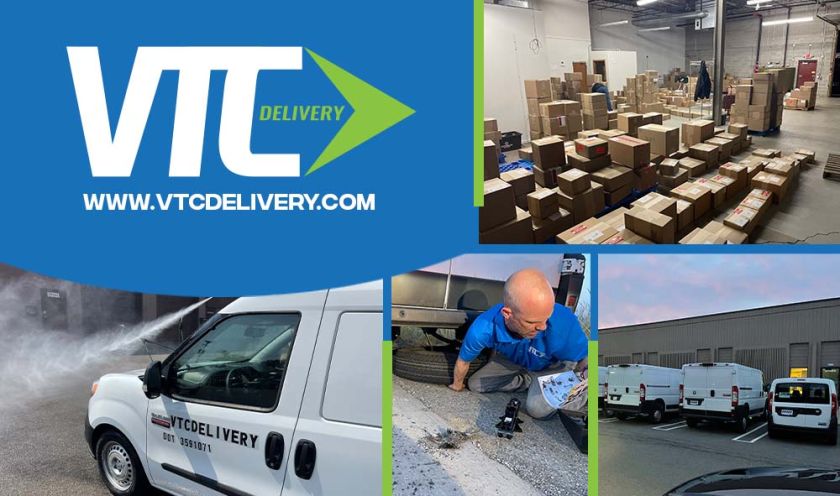 VTC Delivery formed in response to the PACT II Act, signed by then-President Trump in December of 2020 as part of the CARES II Act. The PACT II Act put onerous restrictions on the shipping of vapor and tobacco products via the USPS and shortly thereafter all other major carriers, such as FedEx, UPS, and DHL, devised internal policies to no longer ship these products to consumers or businesses. VTC’s founders all have long ties to the industries directly affected by this new set of heavy-handed regulation and knew that the PACT II Act would have immediate and devastating impact on nearly every business in the vapor and tobacco space. Rather than throw their hands up, VTC decided to marshall their experience, ties, assets, and capital to create a solution that could work for the entire industry to make sure that commerce would continue.
From the beginning, VTC knew that it had to offer a large coverage area of several states in order to properly serve its customers. This presented a slew of challenges though they are pleased with how far they have progressed in overcoming them. VTC quickly built a fleet of dozens of vans and trucks that are each expected to run over 100,000 miles annually – no small feat considering the disruption to the auto market caused by supply chain shortages. The company worked with software developers to customize software that would allow customers to schedule, ship, and track packages to their customers. VTC has also steadily monitored their efficiencies to create a business that can deliver thousands of packages a month across 10 states. This is much more difficult than it sounds – VTC is still compared to, and has to compete with, some of the largest and best-capitalized companies on the planet. The team is incredibly proud.  They are building a company that is coming close to competing against shipping giants, and more importantly, a company that will not suddenly deny anyone service.
The success that VTC Delivery has experienced over the last year has greatly been a result of the incredible team built around them.  There are many people who have shown a willingness to work around the clock for nominal pay in order to keep packages delivered in a timely manner. These include the employees most visible to their customers such as the delivery drivers, many of whom are willing to drive up to 12 hours straight, and the sales and customer service teams who possess an “always on call” mindset.  The team is also composed of dedicated warehouse staff, opening early and staying late in order to maintain, sort, and set packages for coming deliveries, and a management team who effectively work all hours of the day solving problems and keeping the process going.  The most amazing thing about the team though is that they are committed. They continue to show up, under pressure, and work extraordinarily hard, to reach their goals.
VTC Delivery is extremely excited about what 2022 is going to bring to the company itself and its customers. Expansion is top of mind with plans to start pickups and deliveries in Florida, North Carolina, and South Carolina soon.The company also aims to continue building out its 3PL model since storing customers’ merchandise at our 3 warehouses will create the opportunity for everyone to speed up deliveries and require less warehouse labor to service their customers. The upcoming year will also bring more challenges. The price of oil and gas continues to rise and the supply chain disruptions, especially in the auto market, are forecast to severely limit vehicle availability through the year.  But VTC made it through 2021 and knows that there’s nothing coming in 2022 that they cannot handle.
Happy New Year, The VTC Delivery Teamwww.vtcdelivery.com
Source: VTC Delivery