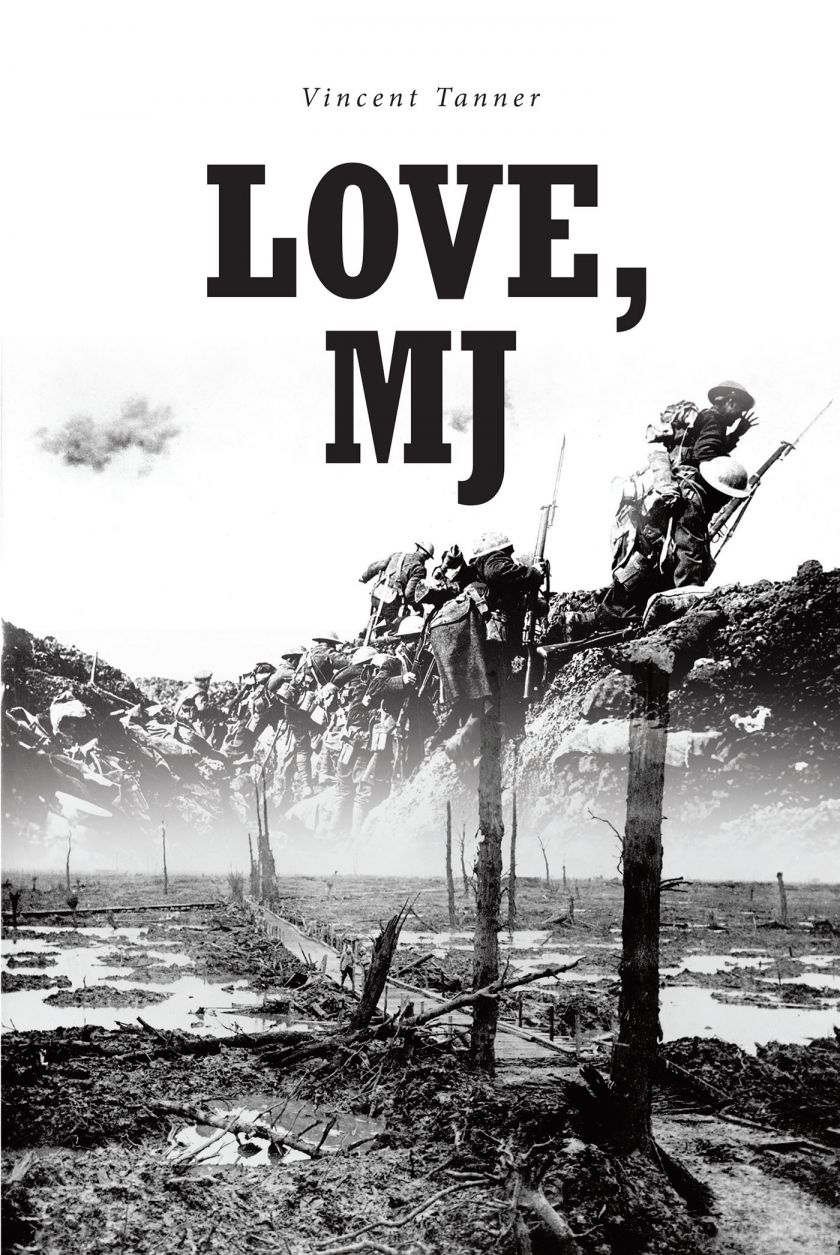 Vincent Tanner, an excellent author who seamlessly blends different emotions in his compelling written works, has completed his new book, “Love, MJ”: a timeless and remarkable work that recounts the bond between two hearts who are now separated forever by the bloody war.
Vincent writes, “June 28, 1914, Gavrilo Princip assassinates Archduke Franz Ferdinand, heir to the Austrian throne, and his wife Sophie, the Duchess of Hohenberg in Sarajevo. July 28, 1914, Austro-Hungarian Empire declares war on Serbia. Over the next several days, things start going from bad to worse. July 29, 1914, Austria-Hungary commenced firing artillery on Belgrade. July 30, Russia mobilizes its armies. August 1, Germany declares war on Russia.  August 3, Germany declares war on France. August 4, 1914. Germany invades Belgium, and Britain, who up to now has remained neutral, declares war on Germany. ‘What is going on in this world? ‘Has everyone gone totally mad?’ The Great War. The War to End All Wars. War is the Great Equalizer. It kills the poor and the rich, the weak and the strong alike. Men, women, and children. War destroys homes and lives, especially the lives of young lovers who are separated or worse by conflict. This is a story of two such people and those surrounding them—a word of how war can so easily shatter dreams.
War is hell! – William Tecumseh Sherman, June 19, 1879.”
Published by Covenant Books of Murrells Inlet, South Carolina, Vincent Tanner’s new book is a meaningful and emotional read that vividly tells the life during the infamous World War I. An engrossing story written for those war victims, war survivors, veterans, for all the brave men and women.
Readers can purchase “Love, MJ” at bookstores everywhere, or online at the Apple iTunes Store, Amazon, or Barnes & Noble.
Covenant Books is an international Christian owned and operated publishing house based in Murrells Inlet, South Carolina. Covenant Books specializes in all genres of work which appeal to the Christian market. For additional information or media inquiries, contact Covenant Books at 843-507-8373.
Source: Covenant Books