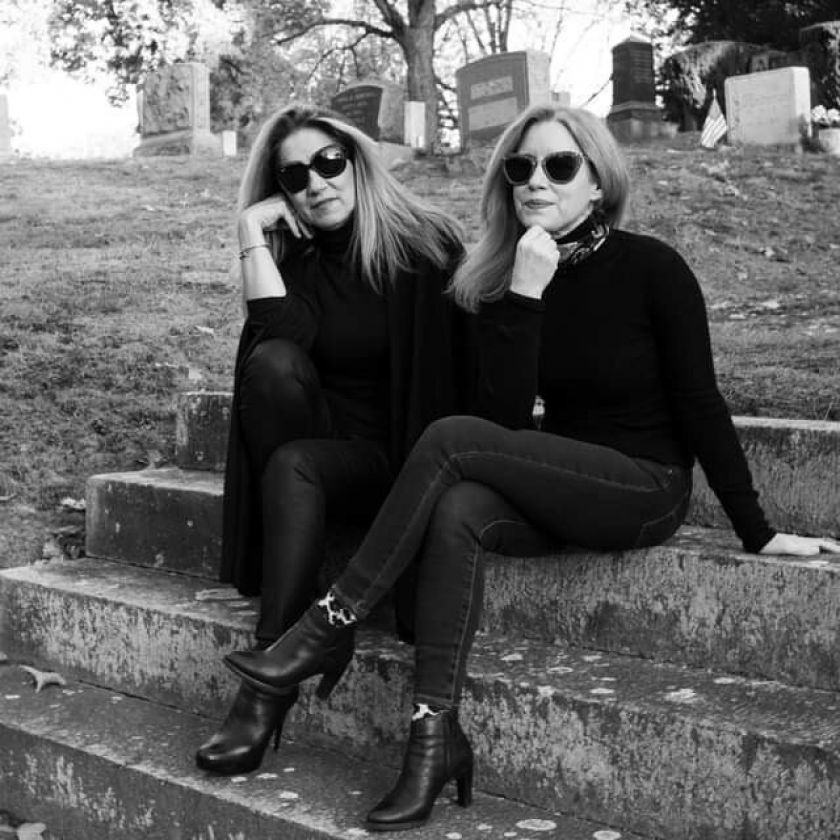 Ancestry sites are bait for so many, but none more than adoptees curious about their backgrounds. So, imagine if your search revealed a long-lost father who is also a wanted murderer?
True Crime Podcast IVY LEAGUE MURDERS hosts Sarah Alcorn and Laura Rodrigues McDonald are the first podcasters to sit down with Kathy Gillcrist, an adoptee who, while researching her birth family, shockingly discovered that her biological father was on the FBI’s Most Wanted list.
The 63-year-old North Carolina resident learned that the feds are still looking for her birth father, William Bradford Bishop Jr., an Ivy League-educated, former U.S. State Department foreign service officer in Washington, D.C. Bishop allegedly killed his 68-year-old mother, his wife and their three sons in 1976 with a hammer.
In her podcast interview, Gillcrist explained that in 2017, using DNA test 23andMe, she located a distant cousin, Susan Gillmor, who helped track down her late birth mother, who had placed her for adoption in 1957.
Susan also revealed she’d found her birth father, William Bradford Bishop, Jr.
Gillcrist was dumbfounded to Google his Murderpedia page.
Bishop’s car was found at the Great Smokey Mountains National Park. The FBI characterizes Bishop as a skilled outdoorsman with extensive camping experience, making it easy for him to hide in wooded and secluded areas. He disappeared into thin air.
Back in North Carolina, a forest ranger (Ronald Brickhouse) spotted a fire, and thinking it was some kids who had gotten careless with a bonfire, was horrified to find the remains. In an undisclosed development, Gillchrist told that the wife of Ronald Brickhouse, a North Carolina forest ranger who passed away in 2017, called today.
According to Ronald’s wife Patricia, the discovery was traumatic for Brickhouse and his family. The discovery was also key to the case because the fire was what alerted them to the location of the bodies. Otherwise, the slain Bishop family may not have been discovered in such a remote area.
Gillcrist told the podcasters about pictures she found of Bishop and his children, “They look more like me than my own children do, and when I investigated their behaviors and characteristics, things about me became clearer.”
Physical features weren’t the only traits Gillcrist believes she inherited from Bishop. Adopted into a quiet, reserved household, Gillcrist said she has always been the loudest one in the room with a flair for theatrics – an “extroverted drama queen.”
Gillcrist discovered she was the product of an illicit affair between Bishop and her mother, who also had given birth to two other illegitimate daughters. Gillcrist reached out to the other daughters, both of whom were shocked to learn they had previously unknown sisters. Gillcrist says, “it’s a reminder of how life-changing a DNA test can be.”
IVY LEAGUE MURDER PODCAST first covered the William Bradford Bishop, Jr. story in their first season.
Source: Ivy League Murders Podcast