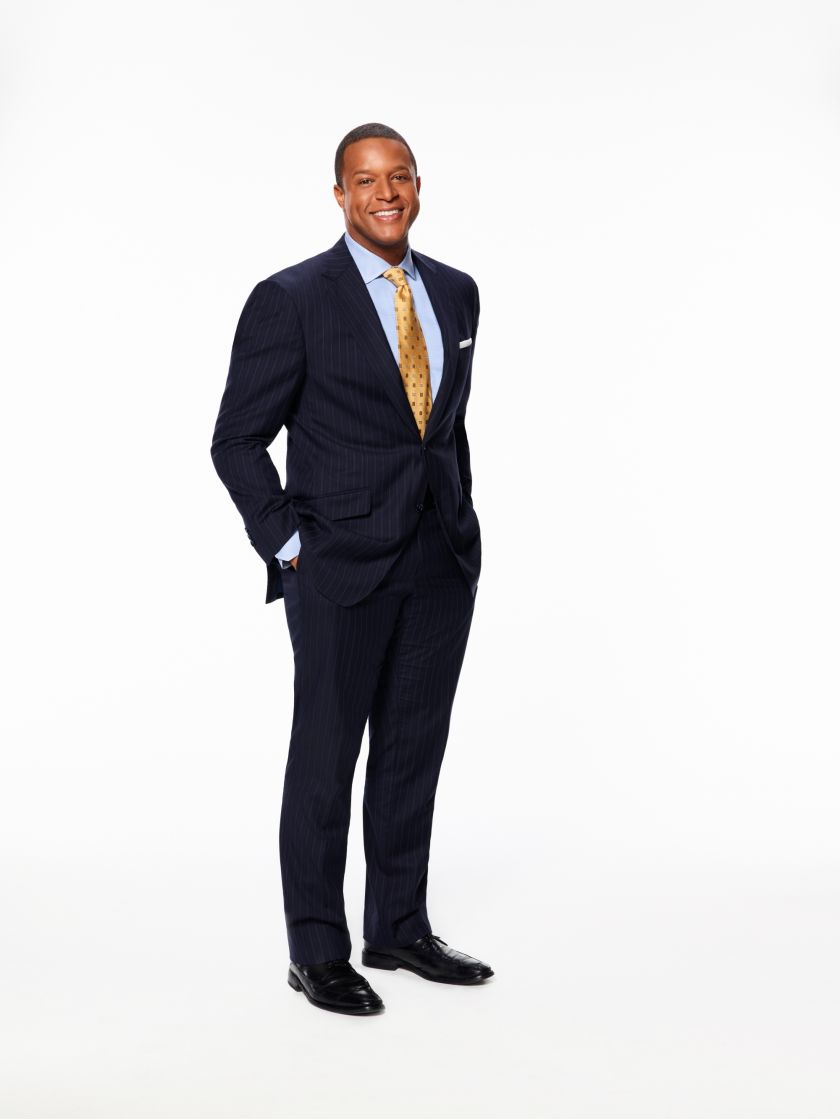 National non-profit the Colorectal Cancer Alliance today announced the appointment of “Today” Co-Host and News Anchor Craig Melvin to its Board of Directors.
Melvin is an award-winning news anchor on NBC News’ “TODAY,” a co-host of 3rd Hour TODAY, an anchor on MSNBC Live, and a host of “Dateline.” His breaking news coverage and reporting appear across all NBC News and MSNBC platforms.
He has covered a wide range of news events, including several Republican and Democratic national conventions and three presidential inaugurations. His coverage of politics has included notable interviews with former President Bill Clinton, former Vice President Joe Biden, Ambassador Nikki Haley, and Secretaries of State John Kerry, Mike Pompeo and Condoleezza Rice. He has also covered tragic mass shootings across the country for the network, including Dallas and Orlando in 2016; Charleston, South Carolina, in 2015; the Navy Yard in Washington, D.C., in 2013; and Sandy Hook in 2012. Melvin reported extensively on police-involved shootings and subsequent protests nationwide.
In addition, he has also covered two Olympic Games and six Super Bowls. Prior to joining NBC News and MSNBC in July 2011, Melvin was a weekend anchor for WRC, NBC’s owned-and-operated station in Washington, DC. Before that, Melvin earned acclaim as an evening news anchor at WIS in Columbia, South Carolina, which is also his hometown.
Since 2017, when his brother Lawrence Meadows was diagnosed with stage IV colorectal cancer at the age of 39, Melvin has been a national advocate and ally for the Alliance and its mission to end the disease. Melvin was connected to the non-profit by a friend to help provide patient and family support. Meadows, a Baptist minister and entrepreneur, on Dec. 9, 2020, at the age of 43. Melvin has been heavily active in supporting the organization in honor of his brother, by being a spokesperson for awareness campaigns, highlighting stories about young-onset colorectal cancer, bringing to the forefront the disparities communities of color face when being treated or diagnosed, and emceeing the Alliance’s annual Blue Hope Bash gala since 2017.
“It is an honor to join the Colorectal Cancer Alliance’s Board of Directors,” said Craig Melvin. “When my brother, Lawrence, was diagnosed with colorectal cancer, this organization was the first place my family turned to for support, resources and guidance. It has become my mission to raise awareness about early-onset colon cancer, not only in memory of my resilient brother but also with the hope that in sparking conversation amongst families and within the Black community, we can save one life.”
“Craig is an incredible advocate for colorectal cancer patients across the country,” said Michael Sapienza, Colorectal Cancer Alliance CEO. “His tireless work in memory of his brother Lawrence Meadows will save thousands of lives. We are so very excited to welcome Craig to the Colorectal Cancer Alliance Board of Directors and look forward to saving lives together.”
Melvin is a graduate of Wofford College in Spartanburg, South Carolina, where he serves on the board of trustees. He is an active member in several charities, including the Colorectal Cancer Alliance.
Melvin lives in Connecticut with his wife, award-winning sportscaster Lindsay Czarniak, who is a Fox Sports reporter and the host of the podcast “The Artist and The Athlete.” They have a son and daughter.
Colorectal cancer is the third-most commonly diagnosed cancer and the second-leading cause of cancer death in men and women combined in the United States. In its early stages, colorectal cancer is very treatable, with a five-year survival rate of 90%. It’s also highly preventable with screening. On average, the lifetime risk of developing colorectal cancer is about one in 23 for men and one in 25 for women; however, this varies widely according to individual risk factors.
About the Colorectal Cancer Alliance
The Colorectal Cancer Alliance is a national nonprofit committed to ending colorectal cancer. Working with our nation of passionate allies, we diligently support the needs of patients and families, caregivers, and survivors; eagerly raise awareness of preventive screening; and continually strive to fund critical research. As allies in the struggle, we are fiercely determined to end colorectal cancer within our lifetime. For more information, visit ccalliance.org.
Media Contact
Maurisa Turner Potts
Founder/CEO
Spotted MP (Marketing + Public Relations)
703.501.6289 (cell)maurisa@spottedmp.com  www.spottedmp.com
Source: Colorectal Cancer Alliance