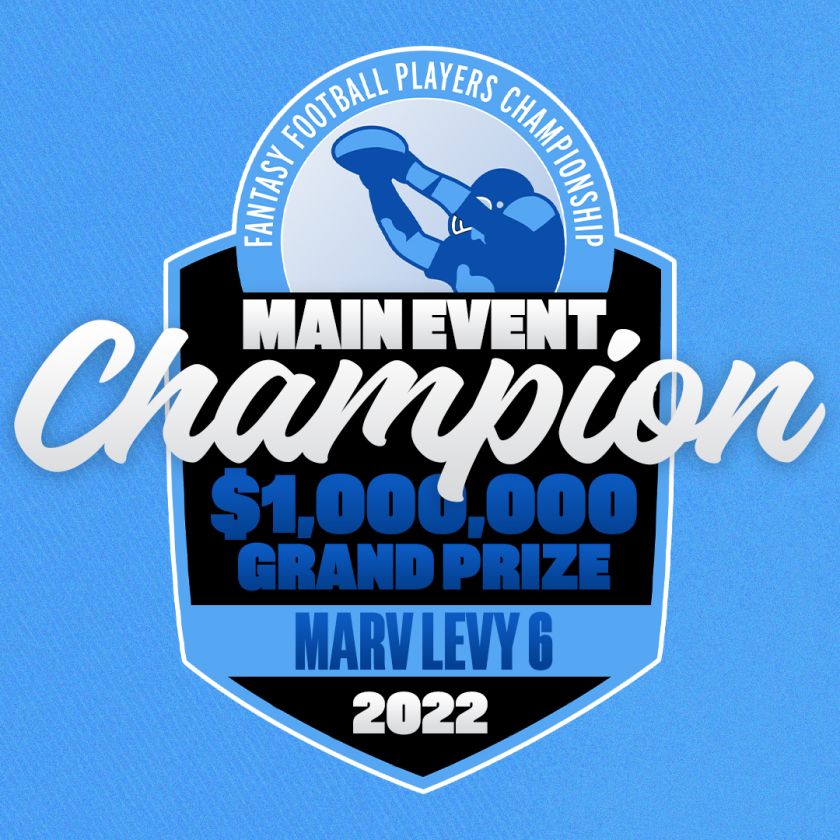 The Fantasy Football Players Championship (FFPC) has officially crowned its first millionaire. Dominic Baranyi, Nick Costantino and Sean Stutzman won the one million dollar grand prize in the 2022 FFPC Main Event, just one year after winning the $500,000 grand prize in the same contest.
With nearly 4,000 main event teams competing for millions in total prizes, this is the first time in the contest’s 15-year history that there has been a repeat winner.
Baranyi, Costantino and Stutzman have been playing as a group for several years and drafted their million-dollar team during the 2022 FFPC Live Draft Events in Las Vegas, prior to the start of the football season.
“After we remained in first place through Week 16 was when it really set in [that we had a chance],” said the group.
“The GoBills franchise accomplished something fantasy players all dream about. Win life-changing money playing a hobby they love and then do it again the following year,” said Alex Kaganovsky, co-founder of the FFPC.
When asked what is in store for the group in 2023, they said they “will be defending [their] titles in the FFPC Main Event and go for the unprecedented three-peat.”
“We would [also] love to add another blue chip FFPC championship to our resume, whether that’s the Best Ball Tournament or the Playoff Challenge.”
The FFPC was launched in 2008 and is a licensed fantasy football game operator hosting the world’s largest season-long fantasy football competitions. Highlighted by multiple national contests with at least six-figure grand prizes, the FFPC offers a multitude of leagues with entry fees ranging from $5 to $10,000 and multiple 6-figure and 7-figure grand prizes.
Source: Fantasy Football Players Championship