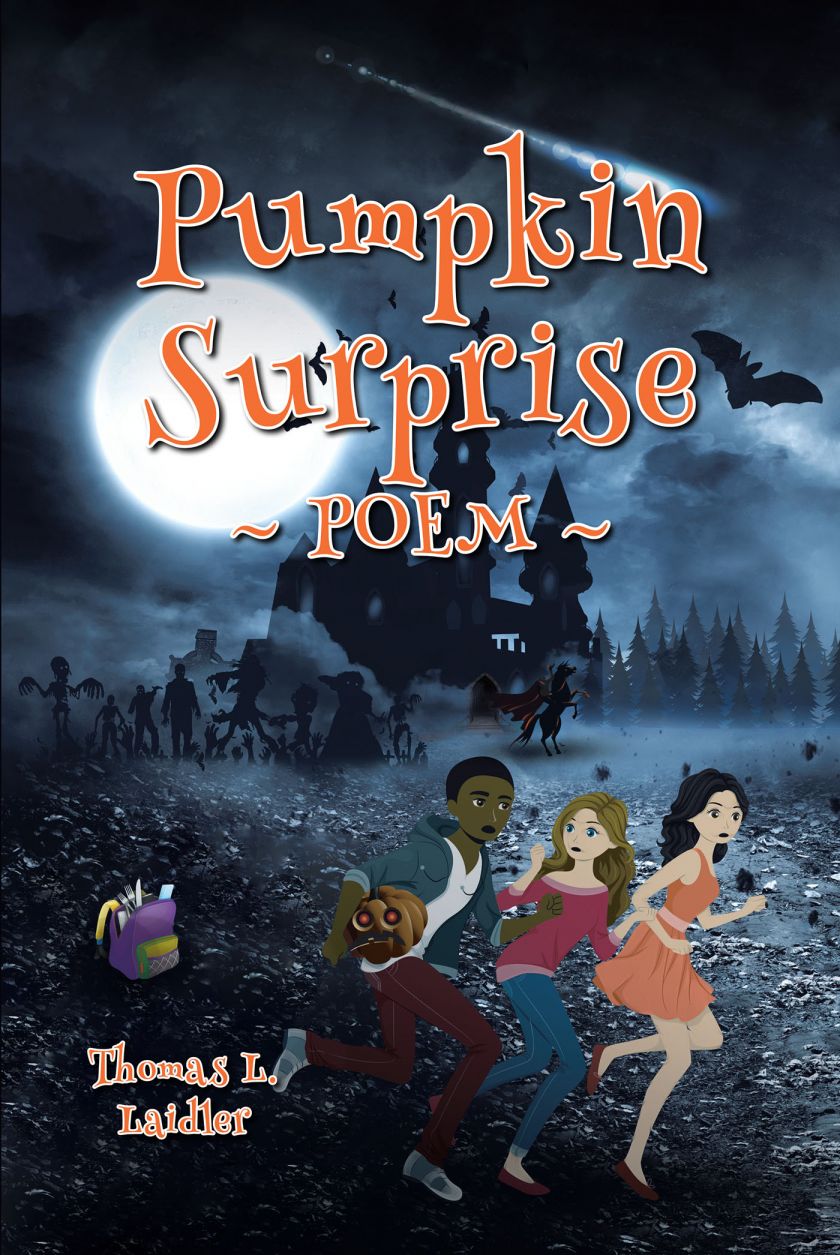 Fulton Books author Thomas L. Laidler, a retired aviation electrical technician at Selfridge Air National Guard, has completed his most recent book “Pumpkin Surprise”: a fantasy poem about friends who embark on a misadventure at a Halloween pumpkin party where they face unfamiliar events that test their belief and character and fight against the Halloween fiends.
Thomas writes, “What do a full moon, a flaring comet, and a freak-formed star constellation have in common that occurs all at once on Halloween on Friday the 13th? Nothing to the common folks of a small complacent community that rests peaceably and undisturbed by these events. But for three excitable and impressionable teenagers who are invited to a mysterious Halloween pumpkin party, it’s a different story.
Lured into a journey of mishaps and adventures where fantasy becomes nonfiction, their world is literally turned upside down. Tricks are deadly, and treats are sour. Their devotion, survival skills, and commitment to one another are sorely tested against fiends of Halloween that were only once their imagination but are now flesh and blood, in a manner of speaking. Their only true weapon is their spiritual belief in good against evil and the love for one another as friends to make it through the unknown events, temptations, and traps that are put before them. But will this be enough?”
Published by Fulton Books, Thomas L. Laidler’s book is a significant writing that expresses the importance of faithfulness in friendship and having a strong spiritual belief to battle against evil temptations.
Readers who wish to experience this engrossing work can purchase “Pumpkin Surprise” at bookstores everywhere, or online at the Apple iTunes store, Amazon, Google Play or Barnes & Noble.
Source: Fulton Books