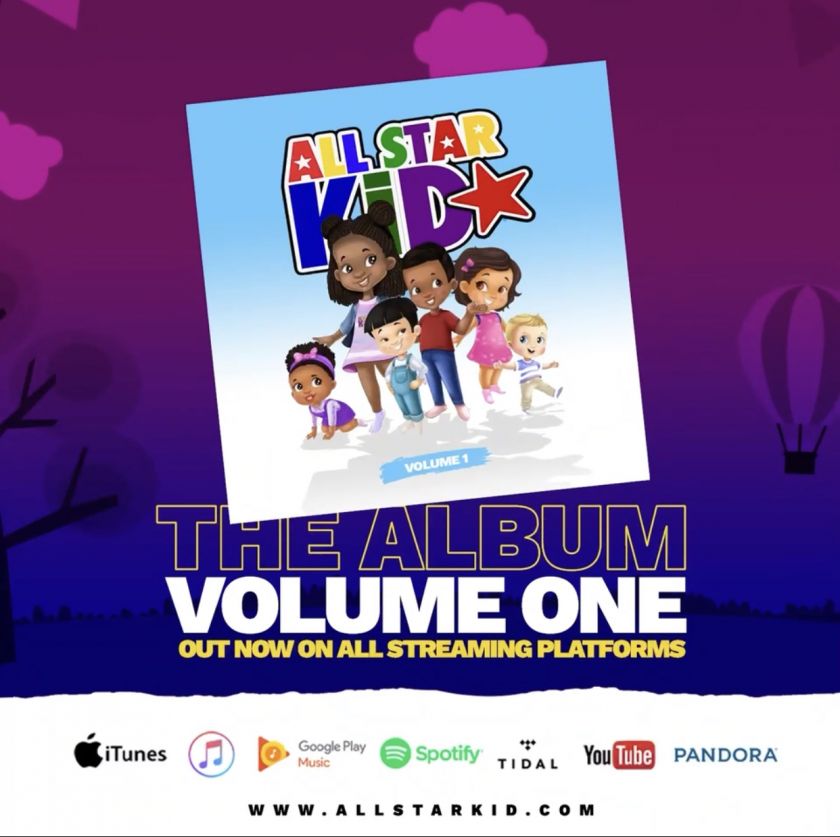 Co-parents business mogul Dennis McKinley and “Real Housewives of Atlanta” star Porsha Williams are dispelling the negative perception of co-parenting relationships as the executive producers of the new kid-friendly pop music album “All Star Kid, The Album, Volume 1,” available now on iTunes.com, TIDAL and all other major music platforms.
McKinley and Williams’ 2-year-old daughter Pilar Jhena inspired an album featuring 10 tracks of mostly original music and new school mixes, fused with Pop, R&B, Hip-Hop and Reggae, on classic nursery rhymes such as “Old McDonald Had a Farm,” “Twinkle, Twinkle” and “Head, Shoulders, Knees & Toes.” Williams lends her vocals to another classic nursery rhyme “Let’s Sing Our ABC’s.” McKinley is featured on an original song entitled “Let’s Count.”
“I’ve been singing my entire life; I even sang to PJ in the womb,” said Williams. ” This was a natural project for us. The world is in a state of despair and we wanted to create something beautiful for our daughter and kids globally.” McKinley added, “We could never find any good kids’ music on YouTube so we just made our own.”
The lead track, “All Star Kid,” boasts lyrics such as “Look at what I just did, look at what I just did, learning my letters and how they sound, I am an all-star kid!” Just in time for the summer, “Wiggle, Wiggle” tells kids to jump, twist, dip and jingle as a part of a new dance move over a jumping R&B beat that also includes a Charlie Brown piano sample. “Piggy Bank (Ching Ching)” teaches kids about the significance of earning and saving their own money with lyrics such as “I feel so responsible now, saving my coins got me feeling wow!”
The album was released on July 7, 2021, following the untimely death of lead producer Larry “Detroit” Nix, who produced the majority of the album. The album features talented artists, including Aliana and Breona Taylor, aDela, Dukes of Daville (Jimi Smalls), CLENZ and Torica.
Contact April Love april@askaprillove.com +1 (770) 374-6288
Source: All Star Kid