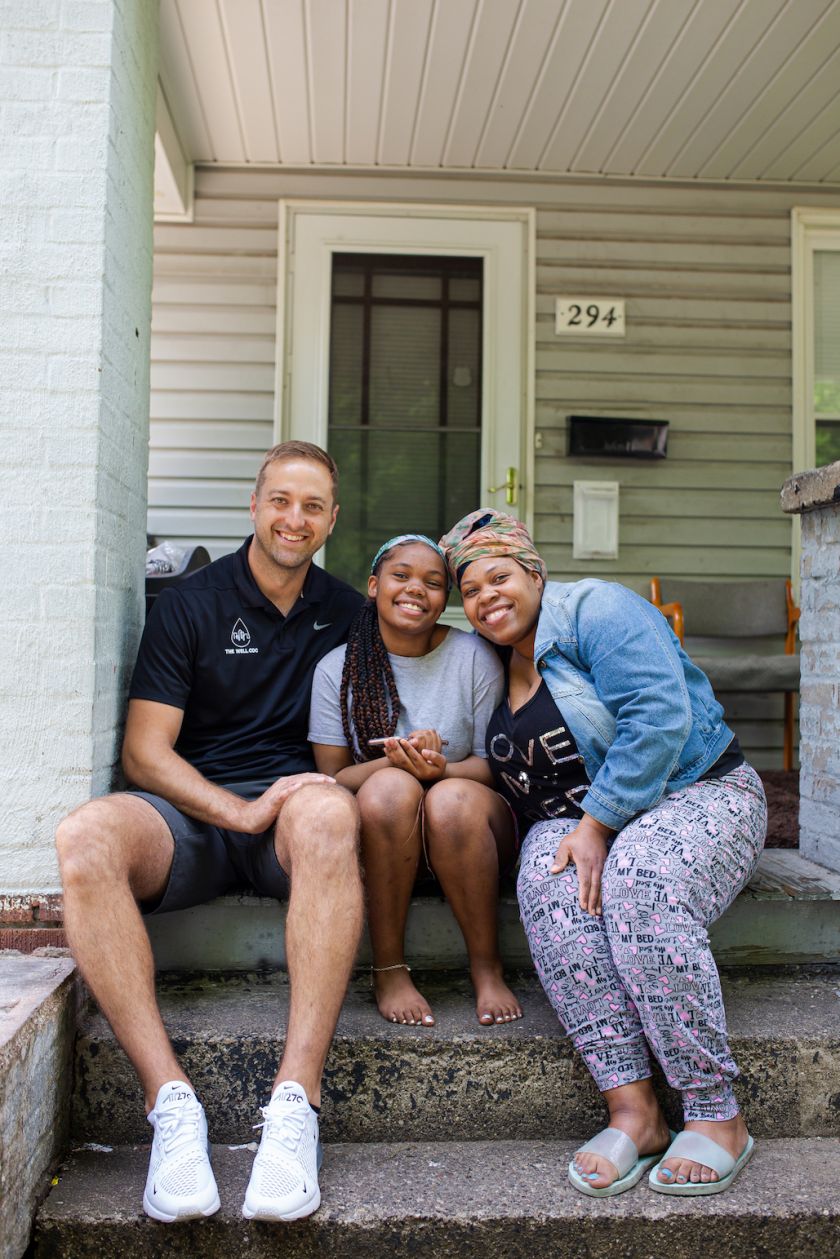 Blending deep community partnership with intentional strategic initiatives and national philanthropic and placemaking funding support, The Well CDC, located in the heart of the Middlebury community in Akron, OH, has become a beacon for collective redevelopment in the United States, thanks to its largest initiative designed to restore housing.
Once a thriving city hub, Middlebury saw local industry disintegrate, which led to a steady decline in population, high unemployment rates, and concentrated poverty. Middlebury became one of many case studies for rust belt neighborhoods that have suffered from sustained disinvestment.
Today, however, it is a national case study for a different reason: community development through the built environment.
A driving force behind this change, The Well CDC was officially formalized in 2016, and now it supports three key programmatic pillars:
Within the Restoring Housing program, The Well CDC rehabilitates, rather than demolishing, historical structures in its community and then provides quality, affordable rentals to local residents. It acquires and manages housing with a long-term outlook on property development while supporting new-build developments that honor the historic nature of its community.
This year, 60 families in the Middlebury community will be able to have safe, affordable housing in their neighborhood—like Dreama and Antoinette Jones.
“The Well has had a tremendous impact on our family,” states Middlebury resident Dreama. “Earlier this year, our family home caught fire and things could have gotten worse… but The Well staff was very supportive and able to get us back into our home. Along with housing, The Well keeps us informed of opportunities that are available to us. All around, we are grateful to be a tenant of theirs. We are looking forward to the opportunity to purchase our home with their help.”
Before the end of 2022, The Well CDC team set out to restore 60 homes in 60 months. But with 57 homes currently finalized or in the process of being rehabbed, it will hit its goal by December 2021, a full year ahead of schedule—60 homes in 48 months.
“With neighbors leading the way on this initiative for improving our built environment, we’ve seen momentum and action in Middlebury—a place with resiliency in its bones,” states Zac Kohl, founder and executive director of The Well CDC. “Pair that with significant investments from major funders, and something really special is happening here. We’re out to prove that you shouldn’t have to leave your neighborhood to find a better one.”
The Well CDC is proving that the best support for a disinvested neighborhood is simple: investment. And the community organization has earned investment in the form of grants from major international philanthropic players and local grantmakers alike.
In 2019, the John S. and James L. Knight Foundation provided a $2 million grant to support The Well CDC’s housing initiative in Middlebury. In 2021, global venture philanthropy firm, Draper Richards Kaplan Foundation, which supports early-stage, high-impact social enterprises tackling some of the world’s most challenging problems, also added $300,000 in grants plus additional strategic support.
Other critical housing funders and local funders include the City of Akron, PNC Bank, Huntington Akron Foundation, Tim & Pam Knight, Roger & Sally Read, Summa Health, Fifth Third Bank, Akron Community Foundation, The Mary S. & David C. Corbin Foundation, Dominion Energy Charitable Foundation, Welty Family Foundation, Charles E. & Mabel M. Ritchie Memorial Foundation, The Vine Fellowship Church.
As investments made in Middlebury become actualized in the neighborhood, The Well CDC will continue to focus on encouraging a thriving community with intentional, community-led investments into housing, placemaking, and economic development initiatives all designed to create quality housing, good-paying jobs, opportunities for entrepreneurship, and social cohesion.
# # #
Press Contact: Kat Allen, kat@ampstrategy.com, 330-344-9100 Ext. 3
Source: The Well CDC