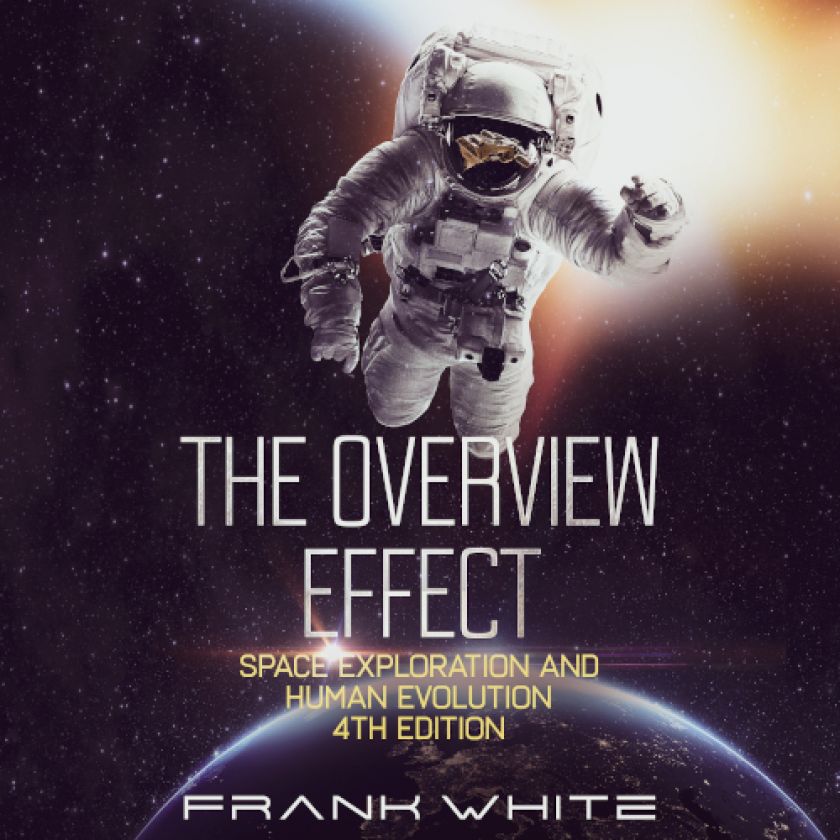 Space exploration is once again in the news, as robots roam Mars, NASA again aims for the Moon, and private companies promise that ordinary Earthlings can experience “the Overview Effect,” a shift in world view documented by author Frank White more than three decades ago. With the publication of the fourth edition of his classic book on the subject, White’s vision of “bringing the Overview Effect down to Earth” is becoming a reality.
The first edition of his book on the subject was published in 1987, followed in 1998 and 2014 by the second and third editions. Now, in The Overview Effect: Space Exploration and Human Evolution, 4th Edition, published by Multiverse Publishing, White expands on his original concept, which has gained worldwide recognition. Using interviews with, and writings by, astronauts and cosmonauts, he describes space exploration and development as necessary next steps in the evolution of human civilization and consciousness. The fourth edition features new interviews with active and retired professional astronauts, including three who were on board the International Space Station at the time. White has also continued to talk with future “citizen astronauts” who will soon be flying on commercial spaceflights. He also elaborates on his concept of the “Human Space Program,” a central project for all of humanity to ensure sustainable, inclusive, and ethical evolution into the solar ecosystem.
Origins of the Overview Effect
Some 35 years ago, Frank White was flying cross-country and pondering what it would be like for human beings to live permanently in outer space. He had been inspired by the work of Gerard K. O’Neill, the subject of a new documentary, “The High Frontier: The Untold Story of Gerard K. O’Neill.” (https://thehighfrontiermovie.com)
As he gazed out the window of the airplane, he had an epiphany: residents of outer space would always have an “overview” of the Earth and would see it as a whole system in which everything is interconnected and interrelated. He coined the term “Overview Effect” to describe the expansion in identity that he thought would result from living in a space community of the future.
He began to interview astronauts to confirm his hypothesis and discovered that their experiences of viewing the Earth from space and in space, from orbit or on a lunar mission, profoundly affected their perceptions of themselves, our planet, and our understanding of the future.
White notes that astronauts know from direct experience what the rest of us know intellectually: we live on a planet that is moving through the universe at a high rate of speed. We are, in fact, the crew of “Spaceship Earth,” as Buckminster Fuller described our world.
The Overview Effect is now available from Multiverse Publishing at: https://www.amazon.com/dp/B0926NWWST
Multiverse Publishing is a publishing company focusing on authors in space exploration, science, and technology. www.MultiversePublishingLLC.com
Source: Multiverse Publishing