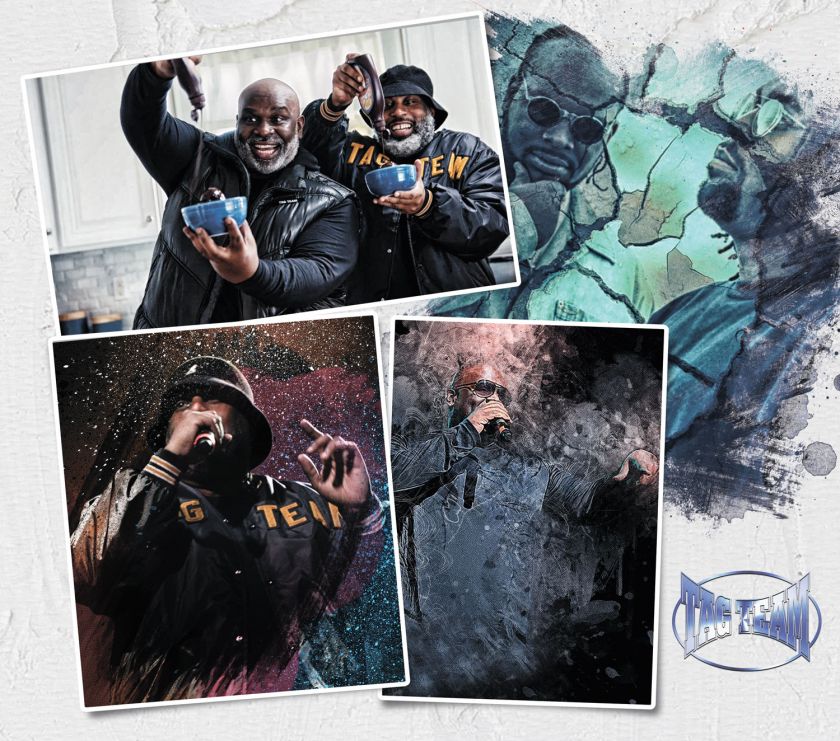 The Martin Agency, Adweek’s 2020 US Agency of the Year, and Tag Team, creators of the ’90s multi-platinum smash Whoomp! (There It Is), joined forces for another ultra-memorable GEICO™ commercial. This is the second time GEICO™ and Tag Team have worked together.
After the success of 2015’s “BBQ Awards” television commercial for the GEICO™ app, which featured the hit song Whoomp! (There It Is), The Martin Agency enlisted the ’90s hip-hop duo Tag Team, DC (The Brain Supreme) Glenn and Steve (Rolln) Gibson, to bring their trademark party vibe and off-the-charts energy to the newest multimedia advertisement for the insurance company. The commercial went live on Dec. 26, 2020, and has already become a favorite in the advertising world; it was named the Reel Ad of the Week by Reel360 after a few days on the air.
The project is a powerful collaboration between cultural icons. In the advertising world, GEICO™ commercials are known for their award-winning creativity and flair. And in the music industry, few songs can boast the staying power of Tag Team’s iconic hip-hop anthem.
Remarkably, the ’90s hit Whoomp! (There It Is) has been doing this for 28 years. The song has universal appeal, but the true allure behind the music isn’t the catchy lyrics or the thumping beat. It’s the artists behind it. DC Glenn and Steve Gibson have brought an irresistible energy to every half-time show, music festival, and corporate event they’ve performed the song at for nearly three decades.
In 2021, they’re bringing that same upbeat vibe and value proposition to the world of advertising. The new commercial for GEICO™, called “Tag Team Helps with Dessert,” has brought pure fun back to living rooms across America. There’s the high-energy Tag Team performance, ice cream, of course sprinkles, and stellar acting by the talented Nicci Carr (Tasha), Amethyst Davis (Daughter), and Anthony Goolsby (Husband/Father).
In promoting GEICO™, The Martin Agency used a recipe for epic commercial viewing and created an ad that is already garnering attention for its endearing quality. This winning meeting of the minds didn’t come out of thin air, however.
DC has been training vigorously for years, seeking mastery in the arts of voiceover, acting, and improv. His magnetic presence and rich, textured voice have been nurtured by VO coaches Rudy Gaskins and Joan Baker (S.O.V.A.S.), as well as Denise Woods (author of The Power of Voice), dialect coach to the stars. DC is a natural in front of the camera, sharpening his craft with L.A. acting coach Crystal Carson (Auditioning by Heart), ATL acting coach Natalia Livingston (Actor Boutique), and improv veteran Ray Bengston. All this cultivation was brought to bear in preparation for this memorable light-hearted GEICO™ commercial. A born entertainer, DC Glenn is a highly sought-after working actor and voiceover talent represented by the People Store agency in Atlanta, Georgia.
From a fun-filled performance in this memorable GEICO™ commercial to acting in film and television, as well as booking commercial voiceover, animation, video game, promo, and movie trailer VO, the future is bright for DC The Brain Supreme, along with his Tag Team partner Steve Rolln diligently exploring new opportunities in the music industry. America now has two of its favorite Party People!!! back again.