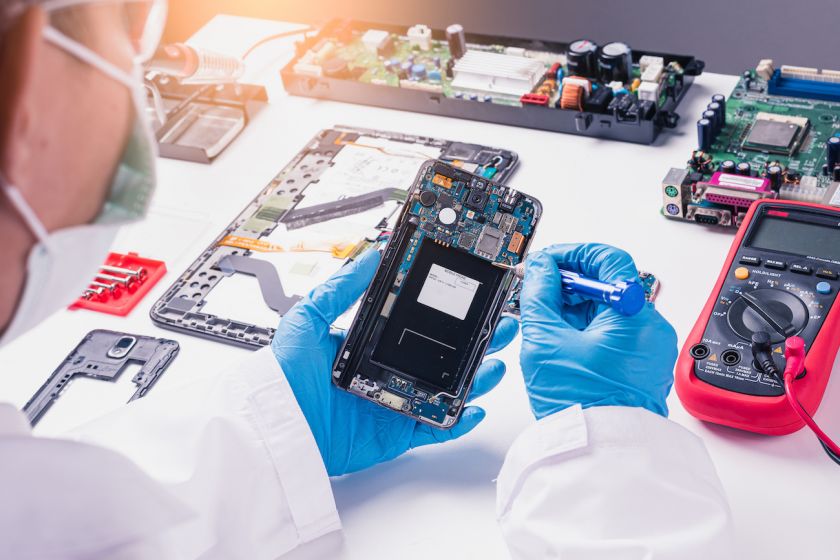 Despite their impressive usefulness and convenience, however, contemporary mobile devices have a fatal flaw. They must periodically be plugged into power outlets to be recharged. By devising mobile devices that recharge themselves, the Neutrino Energy Group will liberate our smartphones and tablets from the fossil-fuel energy grid.
Batteries Are Holding Us Back
As time goes by, mobile device batteries become more efficient and capable of holding ever-increasing amounts of electricity. Nonetheless, mobile devices will never be truly decentralized and fully reliable until they can recharge themselves without being plugged in.
In some cases, mobile devices might be recharged using solar, wind, or other types of sustainable energy. The vast majority of the electricity that makes its way into smartphone and tablet batteries is, however, produced by coal-burning electrical plants.
Mobile devices consume much less electricity than larger devices, such as electric cars, but the impact of mobile device recharging on the conventional electrical grid is anything but negligible. If mobile devices recharged themselves, consumers would be able to use their smartphones and tablets anywhere and at any time without worrying about staying near charging ports.
Self-Recharging Batteries Are Coming Soon
Neutrinovoltaic devices capture the kinetic energy of passing neutrinos and convert it into electricity. Electrical energy has been derived from neutrinos in a variety of research facilities around the world, and the Neutrino Energy Group is hard at work devising the first generation of consumer-oriented neutrinovoltaic devices.

Smartphones are an ideal initial target of neutrinovoltaic technology. At first, neutrino energy generators won’t be able to produce the full amount of electricity a smartphone needs to operate. Equipping conventional smartphone batteries with neutrinovoltaic devices, however, will dramatically extend battery life.
In time, neutrino energy technology will be able to supply all the electricity smartphones need during normal operation. Small batteries will be retained to provide additional energy during peak consumption periods.
Eventually, mobile devices will not have batteries at all. They’ll operate perpetually using neutrino energy without ever needing to be recharged.
Neutrino Energy Is Ideal for Mobile Devices
In the event of a global disaster, cellular service around the world could go down. With self-recharging smartphones, however, people would still be able to access locally stored information even if the electrical and cellular grids remained offline for days or weeks.