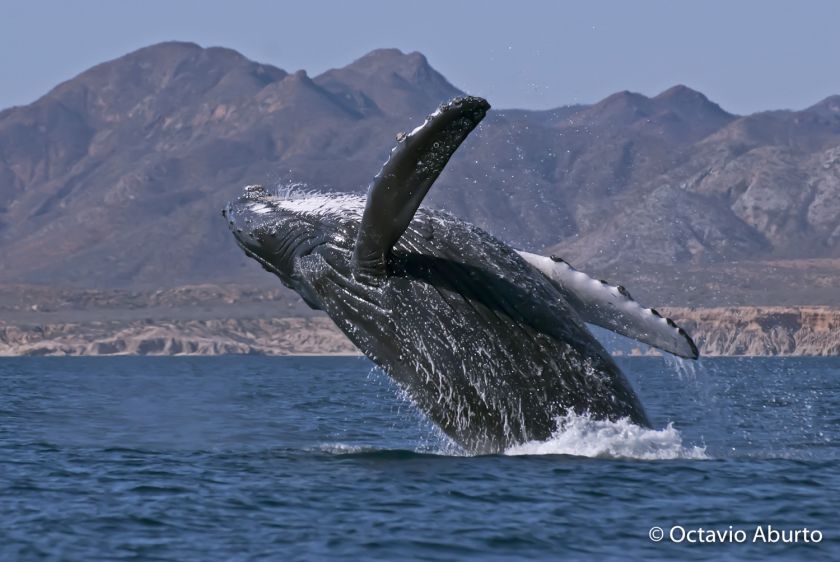 In an effort to expand its sustainability leadership in the Western Hemisphere, the Institute of the Americas (IOA) announced the merger of the University of California’s Gulf of California Marine Program (GCMP) as a new special programmatic initiative of its organization’s Environment & Climate Change (EC2) Program. Catalina López-Sagástegui will continue in her role as the Program’s Director as an employee of the Institute.
With the integration of GCMP into its EC2 program, IOA will work to expand its research and programming on emerging coastal and marine policy issues of importance to Mexico, including fisheries management, impacts of land-based and seaborne pollution on coastal and marine ecosystems, marine biodiversity conservation, and blue carbon sequestration. Through the Institute, there will be the potential to leverage research undertaken in Mexico and work to apply lessons learned and knowledge exchange throughout Latin America, with the objective of supporting the region’s sustainability and climate change commitments.
Established in 2008 as a research program at Scripps Institution of Oceanography, GCMP was a part of the University of California Institute of Mexico and the United States (UCMEXUS) based at UC Riverside since 2017. Since its establishment, GCMP has developed a successful track record of promoting conservation and sustainable management through multidisciplinary approaches, focusing on generating, analyzing and sharing scientific information to key stakeholders and policymakers involved in shaping coastal and marine policy in Mexico.
A cornerstone of GCMP is its work to solve pressing environmental problems impacting coastal and marine ecosystems in Mexico by guaranteeing access to data and by sharing it in simple and user-friendly formats through its various science communications initiatives, including: dataMares, Números Naturales and Mares Mexicanos. Recent research efforts supported have included ecological monitoring with a focus on mangroves, seagrass and mega-fauna, fisheries monitoring, and ecosystem-wide analysis of marine protected areas.
Historically, GCMP has supported the research of the Aburto Lab at UC San Diego’s Scripps Institution of Oceanography, the Ezcurra Lab at UC Riverside, and the Centro para la Biodiversidad Marina y la Conservación (CBMC) in La Paz, Baja California Sur, Mexico. With the merger, the collaborative binational work between the GCMP and the research labs that it supports will continue over the coming years.
According to Richard Kiy, President & CEO of the Institute of the Americas, “The integration of the Gulf of California Marine Program offers the Institute a chance to step up its thought leadership on emerging coastal and marine policy issues of importance both for Mexico and across the Americas.”
About the Institute of the Americas:
Established in 1981, the Institute of the Americas is an independent, nonpartisan Inter-American institution devoted to encouraging social and economic reform in the Americas, broadening communication and strengthening political and economic relations between Latin America, the Caribbean, the United States and Canada. For more information visit: https://www.iamericas.org.
Contacts:Richard Kiy, President & CEO,  Institute of the Americas: rkiy@iamericas.orgCatalina López-Sagástegui, Director,  Gulf of California Marine Program, Institute of the Americas, clopez@iamericas.org
###
Source: Institute of the Americas