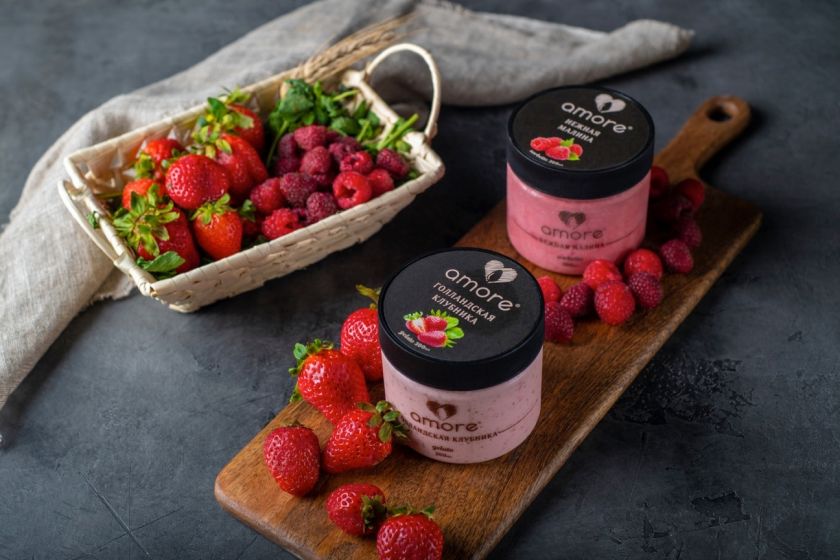 People in the United States love ice cream, chocolate, and flour confectionery products. And they are increasingly looking to Russia’s largest city to procure these popular treats.
“Moscow’s agricultural exports to North America soared by 7.5%, hitting nearly $50 million in 2020,” said Vladimir Efimoy, Deputy Mayor of Moscow for Economic Policy and Property and Land Relations. “Exports to the United States accounted for the vast majority of Moscow’s exports to North America, totaling $35.33 million. Out of these, the leading products were wheat gluten, ice cream, chocolate products, and flour confectionery products, and bread. Also filling out the list were canned fish and other finished products.”
According to Mosprom, ice cream saw the largest increase, with Moscow’s export of ice cream to the United States jumping $8.23 million in 2020, which is almost four times more than 2019. Moscow-based ice cream producers say it’s no surprise Americans love ice cream from Moscow, considering the high-quality Americans always demand.
At the same time, Moscow’s chocolate products are growing in North American popularity too because they combine high-quality taste with a nod to consumers’ concern for healthy lifestyles. Moscow’s chocolate products are typically high in cocoa content and low in sugar. That has helped drive a 13% increase in the export of chocolate products from Moscow to North America.
Exports of flour confectionery products and bread from Moscow to North America grew 43.3% in 2020, while exports of canned fish and other finished products grew 15.3%.
“According to the Mosprom Center, exports of agricultural products to Mexico in 2020 amounted to $9.8 million,” said Alexander Prokhorov, head of Moscow’s Department of Investment and Industrial Policy. “Canada is an equally important importer of the capital’s agro-industrial products in the region. In 2020, exports to the country reached $4.72 million, an increase compared to 2019 by 8.5%.”
Goods that were delivered to Mexico in 2020 included food additives ($0.21 million) and chocolate products ($0.18 million). In addition, for the first time in 2020, Moscow sent flour confectionery products to Mexico.
In trade with Canada, the main product is ice cream – the calling card of Moscow’s dairy exports, which account for half of all Moscow’s exports to Canada.
“Ice cream exports to Canada in 2020 increased by 7.9% to $2.51 million,” said Natalia Shuvalova, General Director of the Mosprom Center. “The expansion of supplies is primarily due to the high quality of the capital’s products and the general popularity of Moscow ice cream in the world, as well as the reorientation of purchases with emphasis on Russia’s closer geographical location to Canada compared to other agro-industrial Canadian trading partners – the Republic of Korea and Taiwan.”
Mosprom reported that Canada also imports chocolate products and soft drinks, in addition to ice cream.
“Moscow’s ice cream products are just what foreigners love,” said Arman Arushanyan, CEO of Moscow ice cream importer Amore. “It is high in fat content, pleasant in texture, and, of course, delicious. We know this is what foreign consumers want in their ice cream, and we’re very happy to provide it to them in such increasing quantities.”
*          *          *
The Mosprom Center, subordinate to the Moscow Department of Investment and Industrial Policy, deals with individual support for the capital’s industrial and agribusiness exports.
The experts at the Center analyze the target markets for the capital’s manufacturers. Specialists study the macroeconomic report on the target market, as well as the risk profile, including entry barriers, the state of the industry in the target market, its dependence on exports and imports, and SWOT analyses of the consumer market. The experts at the Center also perform individual analyses for the companies in order to determine the most effective strategy for entering foreign markets.
In addition, as part of the buyer program, the Center’s experts – free of charge and based on specific export needs – help Moscow companies with the search of counterparties and negotiations with potential buyers abroad, in addition to providing for the participation of Moscow companies in international exhibitions and business missions.
Source: Mosprom