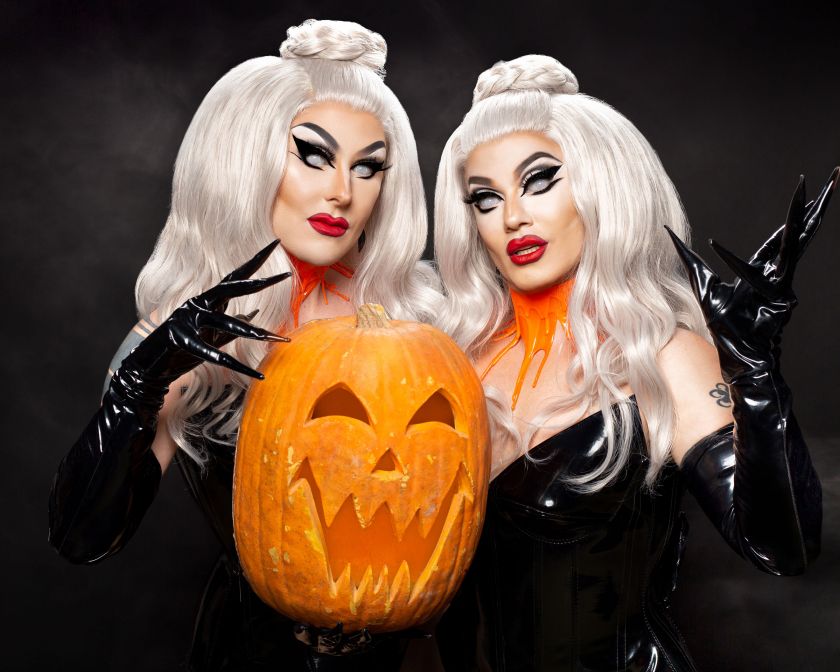 The Boulet Brothers are bringing a mansion full of entertainment, stars, and true horror to DTLA this Halloween season to celebrate the 20th anniversary of their legendary Halloween Party. Los Angeles’ Largest “Haunted Mansion Halloween Ball” returns on Saturday, Oct. 30, with three levels of music, horror and performances, and the event is expected to sell out quickly. The now infamous annual soiree is back after taking a year off due to the city’s COVID-related club closures last season, and the Boulets are bringing enough entertainment this year to more than make up for it.
The Boulet Brothers are most recently recognized as modern-day horror hosts and are the creators of the hit horror-themed reality show “The Boulet Brothers’ Dragula” (currently airing on Netflix), but the duo originally made a name for themselves throwing infamous, underground theatrical parties in Los Angeles over the past 20 years. This year marks a momentous period for the Boulets as (in addition to celebrating their 20thanniversary as event promoters) they are also releasing a new season of their TV show on AMC’s Shudder on Oct. 19, and are also gracing both the covers of “Heavy Metal” Magazine and “Fangoria” Magazine, respectively, this October in honor of the Halloween season.