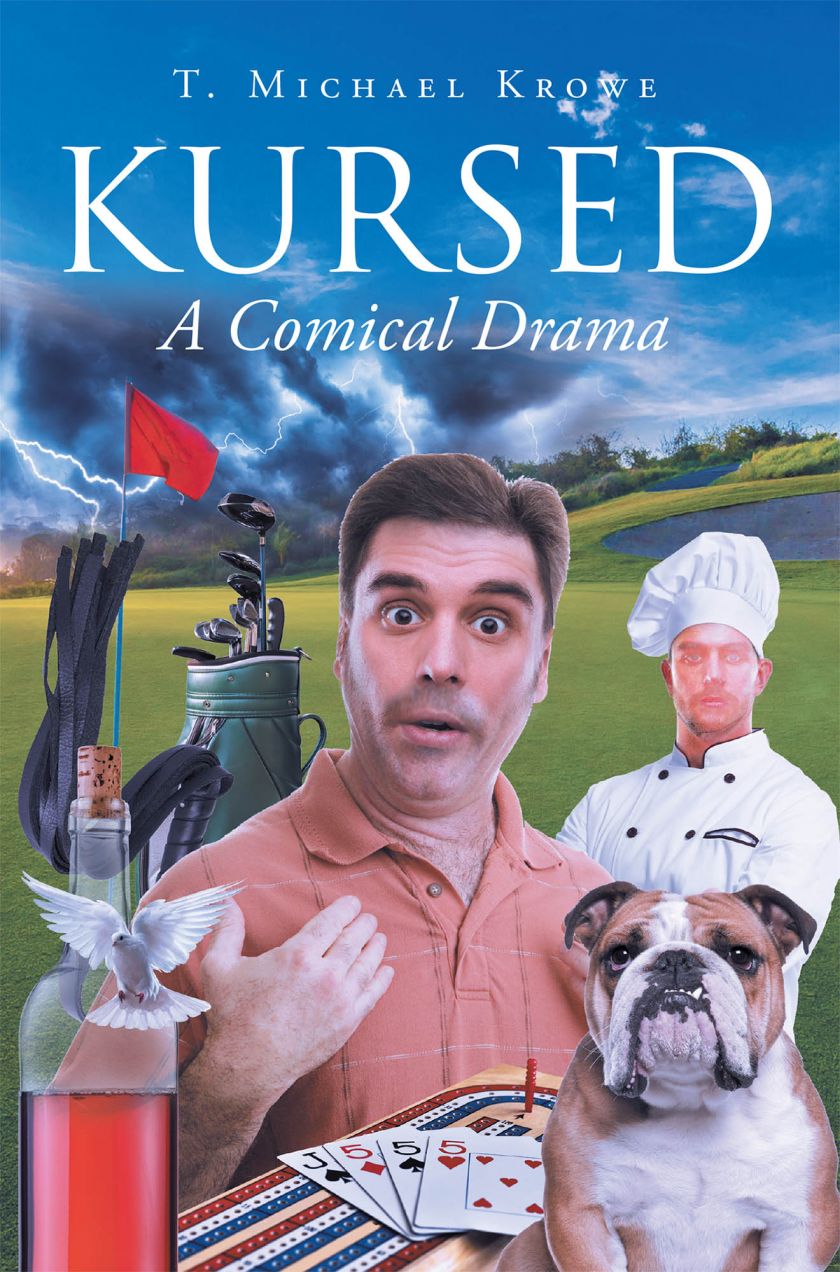 T. Michael Krowe, a writer who seeks fulfillment in writing, supporting education, and helping people in need, has completed his most recent book “Kursed”:  a gripping fiction about a filmmaker and a priest who became friends after unfortunate incidents that lead them to discover secrets about the people that surround them. This is the start of a long-winding journey.
Krowe writes, “A famous, wealthy filmmaker thinks he is kursed when the male lead dies suddenly in the making of a movie. During a fruitless effort to eradicate the threat, he discovers that the kurse has shifted more powerfully to a proverbial battle between the sexes.
The Jewish producer seeks advice from a priest that develops into a bizarre friendship during which they exchange secrets that the women in their lives have perpetrated for a long time. They collude to get even with the mutual manipulators, on one hand a wife, and on the other, a parish school cook and a parsonage housekeeper. The story evolves from many unsuccessful attempts to make recompense for the onstage death into an elaborate scheme to humble the cunning women.
Numerous entanglements among the array of people surrounding the two men in their daily activities contribute to the overall delight of this humorous drama.
The producer’s wife is deeply involved in correcting the mishaps of their two children, a nineteen-year-old college coed confused about choosing a career and a twelve-year-old precocious son wishing for a bar mitzvah gift beyond his entitlement. She struggles earnestly also to find a remedy for her household maid who displays signs of delusional behavior.
When the producer cancels the film and fires his actors, the leading lady schemes to win back the livelihood of her thespian friends through the unsolicited support of the director, who is a good friend of the moviemaker.
Tension in the parish is heightened when the school cook and housekeeper harass the office admin for her gender-switching tendency.
The church seamstress searches for her lost brother, whom she suspects is in the distant mountains seeking Santa Claus and his factory to demand a toy he never received as a youth in a past yuletide.
This novel will entertain the reader from mild amusement to guttural laughter with incidents and situations that straddle the line between sober and silly as author T. Michael Krowe shatters subtle seriousness into bits of clever comedy.”
Published by Fulton Books, T. Michael Krowe’s book is a thrilling and humorous saga across the mysteries and intrigue that circle in the towns of Brothelwoods, Graniteville, and Havenwoods.
Readers, young and old, will definitely love this riveting tale!
Readers who wish to experience this great work can purchase “Kursed” at bookstores everywhere, or online at the Apple iTunes Store, Amazon, Google Play or Barnes and Noble.
Please direct all media inquiries to Gregory Reeves via email at gregory@fultonbooks.com or via telephone at 877-210-0816.
Source: Fulton Books