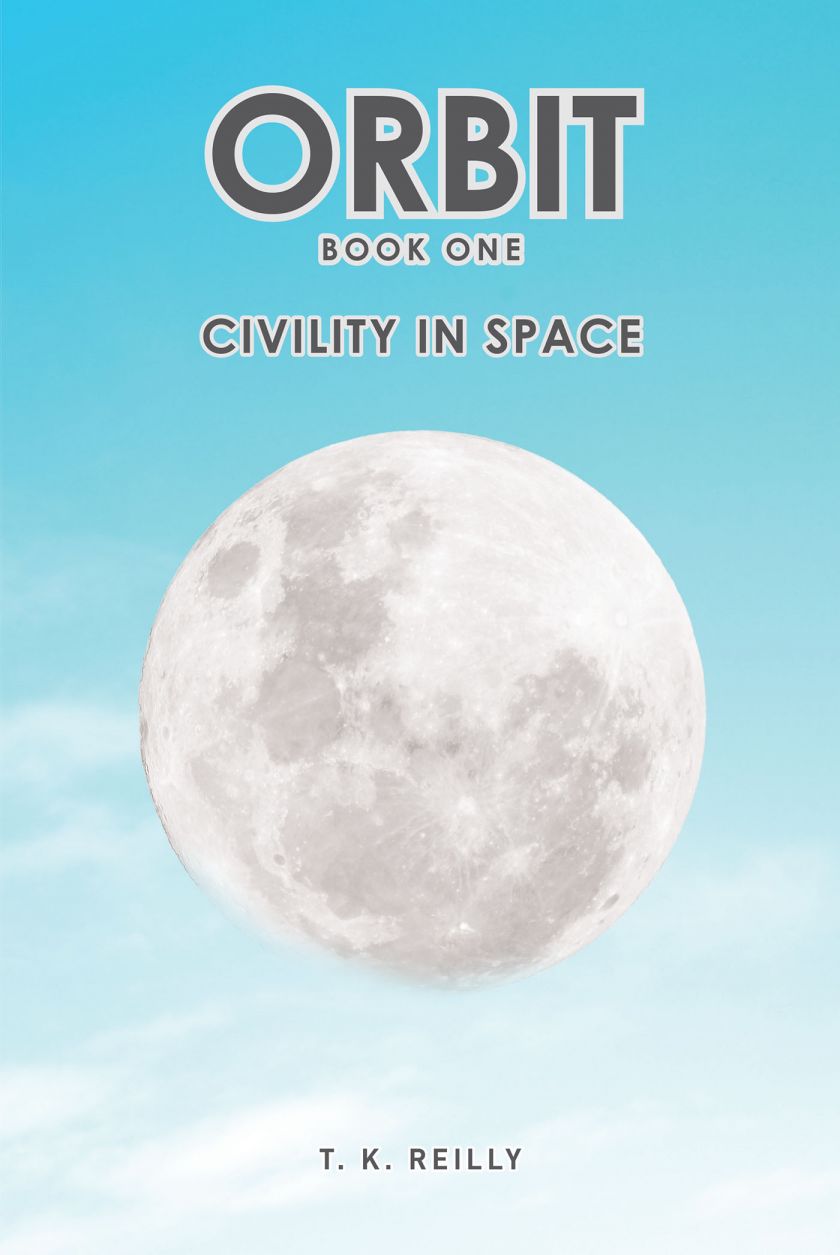 T.K. Reilly, a gifted artist, a talented author, and an instructional system designer, has completed her new book, “ORBIT: Book One”: an adventurous read on space travels and virtual reality that follows the Satellite Observation Outpost crew who were tasked to replace two huge and expensive computer vision spybots.
Reilly writes, “What do an android, nine student astronauts, their avatars, the moon, and thousands of satellites have in common? Only they can protect the future and only because they are in orbit!
Join Commander Roy Sherwin and his team on the Satellite Observation Outpost: Copilot, Cosmonaut Maxim Chernov; Seismologist April Kuboto; Launch Engineer Fergus McClure; his sister, Dr. Claire McClure, MD; Propulsion Engineer Li Ming, Physicist Anya Lande; and their VR instructor, android Professor SID in their final year of training for a mission to Mars.
Share their urgent quest to analyze and interpret forces at work on Earth’s surface and in orbit around it. Use science, including astronomy, meteorology, physics, biology, geography, and medicine, along with math, theology, social intelligence, mindfulness, and virtual reality to reveal the source of mysterious lunar surface movement. Explore the real-time complex balance of Earth’s regenerative powers that ensure it continues to sustain human life.
For the first time in history, humankind cannot learn from the past to protect the future!
Experience action in orbit on the Satellite Observation Outpost with Roy, Max, Claire, Gus, April, Ming and SID as they work to interpret and improve conditions on Earth while planning for the future and human life on Mars.”
Published by Covenant Books of Murrells Inlet, South Carolina, T.K. Reilly’s new book is a brilliant work that covers the courtesy in behavior and speech of the people working in space. Witness how the virtual game helped them in improving their essential soft skills in order to secure the future of mankind.
Readers can purchase “ORBIT: Book One” at bookstores everywhere, or online at the Apple iTunes Store, Amazon, or Barnes & Noble.
Covenant Books is an international Christian-owned and operated publishing house based in Murrells Inlet, South Carolina. Covenant Books specializes in all genres of work which appeal to the Christian market. For additional information or media inquiries, contact Covenant Books at 843-507-8373.
Source: Covenant Books