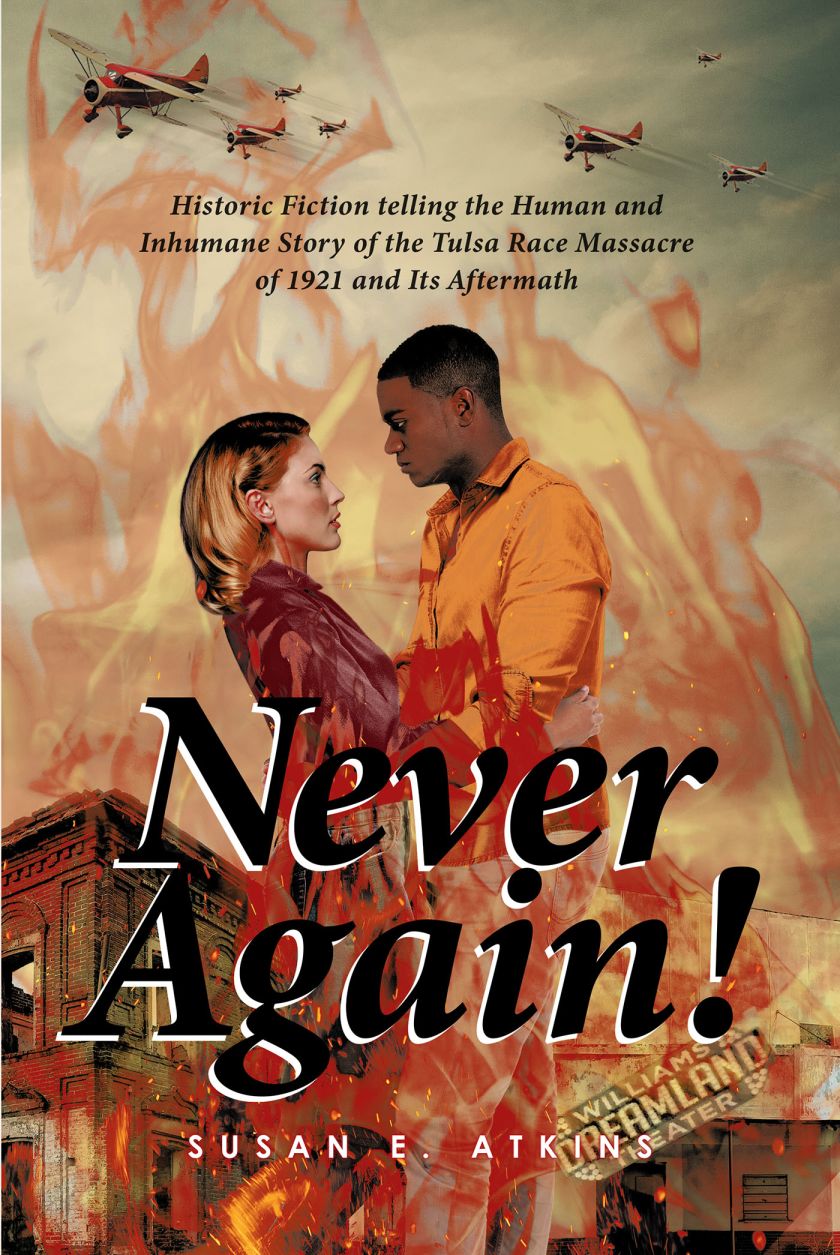 Fulton Books author Susan E. Atkins, a retired media relations professional with more than forty years of communications experience, has completed her most recent book “Never Again!”: a gripping fictional account about the harrowing Race Massacre that took place in 1921 and the events that occurred in the aftermath. This American racial history novel follows two best friends who are fighting for justice for the victims and their families.

“Never Again! is a heartbreaking story that brings to life the most heinous atrocity perpetrated by Americans against Americans in US history—the Tulsa Race Massacre of 1921. On May 31 and June 1, thousands of drunk, armed, and newly deputized white citizens invaded Tulsa’s thriving Greenwood District, murdered an estimated three hundred Blacks, tortured thousands more, and incinerated nearly forty square blocks of homes, businesses, churches, and other institutions.
Susan E. Atkins’ work of historical fiction is also about how this horrific tragedy was condoned by most Tulsa civic leaders and then hidden by them and later generations for many years. Never Again! recounts in vivid detail how a star-crossed, interracial couple sparks the Massacre and its immediate aftermath. Events are told through the eyes of two fictional best friends, soul sisters, and courageous fighters for justice. Born after the Massacre, their timeline extends from late 1921 through 2005, when the two women remain disappointed about the lack of justice for victims of the Massacre and their descendants—an appalling circumstance that has yet to be corrected.
All proceeds from the sale of Never Again! will be donated to Greenwood Rising, a state-of-the-art interactive exhibition of life before, after, and since the Massacre in Greenwood, the Black Wall Street History Center, Archer and Greenwood Avenues in Tulsa, Oklahoma.”
Published by Fulton Books, Susan E. Atkins’ book is inventive storytelling that speaks about one of the most inhumane events in U.S. history.
Grounded on tremendously-researched facts, it weaves a historic fiction about the 1921 Race Massacre and how it changed the course of generations after.
Readers who wish to experience this moving work can purchase “Never Again!” at bookstores everywhere, or online at the Apple iTunes store, Amazon, Google Play or Barnes and Noble.
Please direct all media inquiries to Author Support via email at support@fultonbooks.com or via telephone at 877-210-0816.
Source: Fulton Books