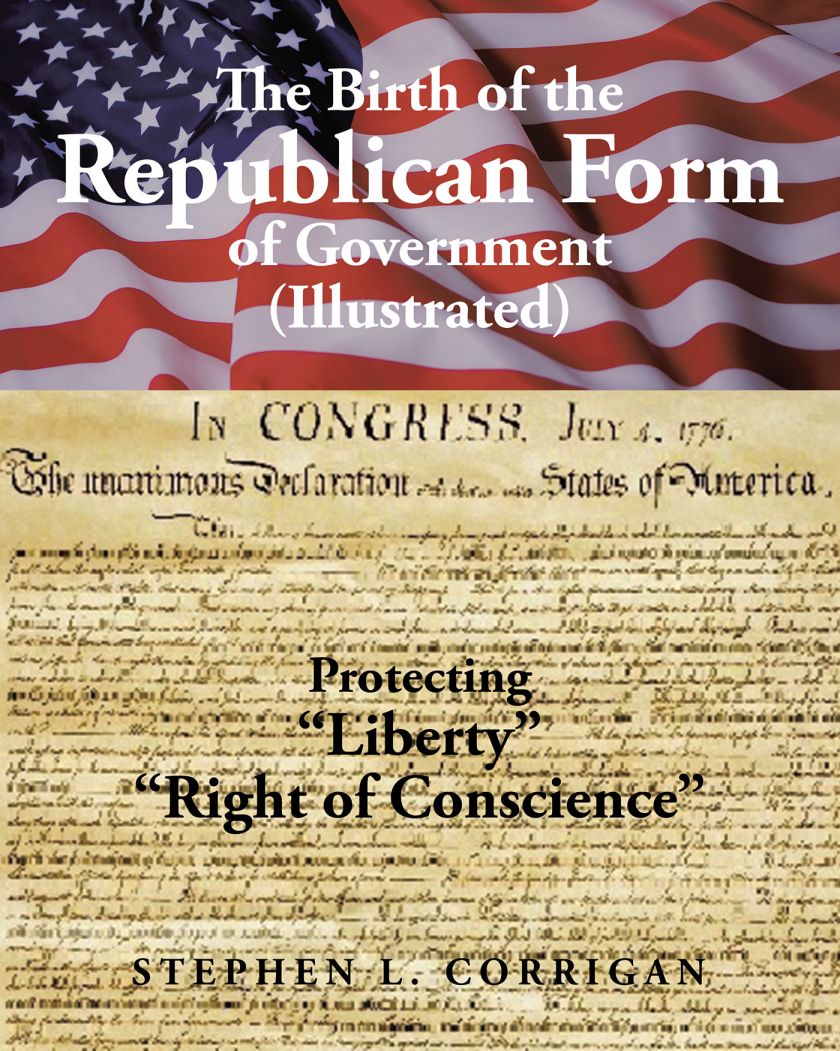 Stephen L. Corrigan, a U.S. Navy veteran and an Ethics Illustrator and political apologist in the American system of government, has completed his new book, “The Birth of the Republican Form of Government”: a fanciful work that is drawn in mechanical illustrations to present the vivid definition of the two capacities and its respective roles in the structure of the republic and its levels of government.
Stephen writes, “The author has divided the book into three sections. Each section has a mechanical illustration that describes the context of a fundamental law or principle used by the founders when creating this republic and its levels of government.  The first section describes the context of the fundamental principles found in “the Laws of Nature.” The Laws of Nature restrict man’s freewill and identify the areas of criminal law to be enforced by State governments in America. These principles of liberty provide the foundation for the two capacities of all citizens in the new republic. The second illustrates how these fundamental principles are represented in the design of “The Great Seal of the United States.” The third uses mechanical illustrations to explain the context of the fundamental principles and terms used in each stage of development of the new republic and the powers at the different levels of government. The author uses the timeline found in the first constitution of the State of New York to explain the power the people had to control their government after joining the Republic. By establishing the requirement of consent from the People before any law was binding, the People of New York established a new form of government in their State. They could now control all law made by lawmakers and the size of the government in their State. This timeline also represents the mindset of the people in every state united as one people. Each person as a member of the new republic is equal in standing as a citizen. Each person, being a member of the republic and under the laws of liberty defining their freedom, can exercise both capacities at all times as a citizen regardless of his origin or the color of his skin.”
Published by Covenant Books of Murrells Inlet, South Carolina, Stephen Corrigan’s new book presents an easier way to understand the origin of the American republic with lively illustrations, representing both the religious and political principles that are fundamental to the foundation of the republic.
Readers can purchase “The Birth of the Republican Form of Government” at bookstores everywhere, or online at the Apple iTunes Store, Amazon, or Barnes & Noble.
Covenant books is an international Christian owned and operated publishing house based in Murrells Inlet, South Carolina. Covenant Books specializes in all genres of work which appeal to the Christian market. For additional information or media inquiries, contact Covenant Books at 843-507-8373.
Source: Covenant Books