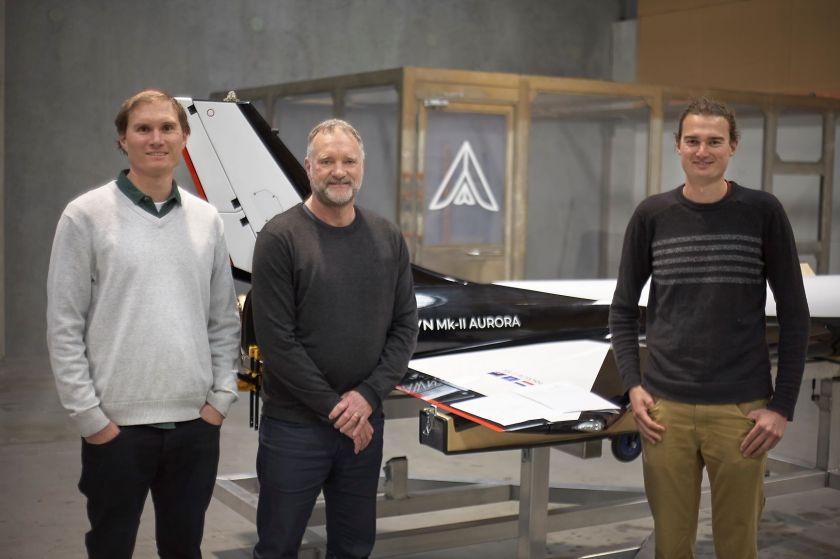 Dawn Aerospace, a New Zealand/Dutch aerospace company, has today announced significant backing from NZ’s largest tech investment firm, Movac.
Dawn is creating next-generation space transportation technologies. This investment will be used to scale the production of Dawn’s in-space propulsion products and to progress Dawn’s Mk-II, a suborbital plane that utilizes rocket engines, to a fully fledged commercial service.
“This funding will help us scale production to meet customer demand and continue developing products and services for the future of sustainable space transportation,” said Stefan Powell, Dawn CTO and co-founder. “We’re thrilled to have the support of the talented team at Movac and the continued support of our existing investors.”
Movac partner Mark Stuart commented, “We’re delighted to be able to work alongside Stefan and the Dawn team. Dawn’s technology and level of ambition is really compelling and, given our experience in working alongside some of New Zealand’s most ambitious founders, we think it’s an excellent match.”
Movac has invested in a number of successful New Zealand tech companies including Vend, Unleashed Software, Aroa Biosurgery, PowerbyProxi, Greenbutton and Trade Me. Global From Day One (GD1) and Dawn’s existing investors — Icehouse Ventures and Erik Swan — have also contributed.
Dawn has provided in-space propulsion products — used to propel satellites in space — to customers globally since 2019. These propulsion units have launched on SpaceX, Soyuz and Vega launchers, and the B20 thruster has since been validated in hundreds of on-orbit firings.  Customers for the products include an IoT constellation, a space tug provider and Earth observation companies.
Dawn’s Mk-II suborbital spaceplane has been certified for flight in New Zealand and is currently undergoing precommercial testing. Customers for the Mk-II service will include weather agencies, government entities and start-ups. The vehicle is capable of capturing atmospheric data and will be used as a testbed for technology demonstrations. Much of the technology in this platform will also be utilized in Dawn’s Mk-III, an orbital satellite launch vehicle.
Dawn last week relocated its NZ-based operations to a larger facility in Christchurch — an 1,800-square-metre workshop and office space. The new premises will support increased production and scaled R&D.
For more information, visit Dawn’s Twitter/LinkedIn account or email media@dawnaerospace.com.
Source: Dawn Aerospace