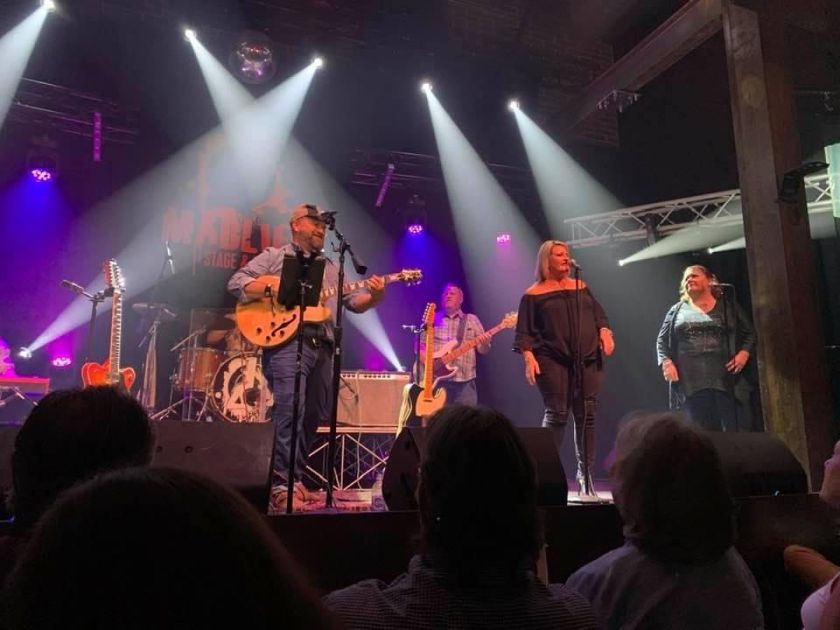 This summer, the newest album from singer/songwriter Kurt Lee Wheeler, titled On Our Way, was officially released to the public after a decades-long hiatus.
“‘On Our Way’ is a record of experience and life that explores sonic textures that move across genres,” says Dr. Art Jipson, University of Dayton Radio. “Equally at home with country, alt-country, bluegrass, folk, and rock and roll, Wheeler weaves stories in a manner that, regardless of your musical taste, you will enjoy that tale. And not to mention his cover of Billy Idol’s ‘Rebel Yell’ is worth the price of admission.”
This is the second full album available since Wheeler’s initial studio album, which was released in 1992. The album, called “Bama Motel,” included new, folk-tinged originals and rock-oriented songs. Shortly after the release, Kurt began a full-time career as a teacher and took an indefinite hiatus from playing music to focus on raising a family. In the mid-2010s, Kurt began writing music and playing the North Georgia singer/songwriter scene, taking on a more stripped-down acoustic sound. Ever since, then, Kurt has cultivated a devoted following of fans across north metro Atlanta.
More praise for “On Our Way” comes from a review from Farce the Music, which says “On Our Way is an expertly played, honest, well-written album and Kurt has a voice that immediately grabs you. Hard to believe music isn’t his primary career. Give this album a listen; there’s something for literally everyone in Farce’s readership.”
The album is now available on Spotify, iTunes, Amazon Music, and Deezer. Stay up-to-date with Kurt’s latest concert news by visiting kurtleewheelermusic.com and follow along on Facebook, Instagram, Twitter, and Youtube.
###
About Kurt Lee Wheeler: Kurt was born and raised in Canton, Georgia, about 30 minutes north of Atlanta. He’s a singer/songwriter that crafts raw, vulnerable portrayals of life in the American Southeast. Kurt is a self-taught guitar player who began recording songs as a young kid. He enlisted in the Air Force early in his musical career, and with his fellow airmen formed Hint of Insurgence, a band influenced by the burgeoning sounds of college radio and classic rock that shaped his youth. Kurt’s first album, Bama Motel, was released in 1992 and was a compilation of folk-tinged and rock-oriented originals.
After the release, Kurt began a full-time teaching career and took a hiatus from music to focus on raising his family. In the mid-2010s, he returned to writing and playing music in the north Georgia singer/songwriter scene, offering a stripped-down acoustic sound.
Source: Kurt Lee Wheeler