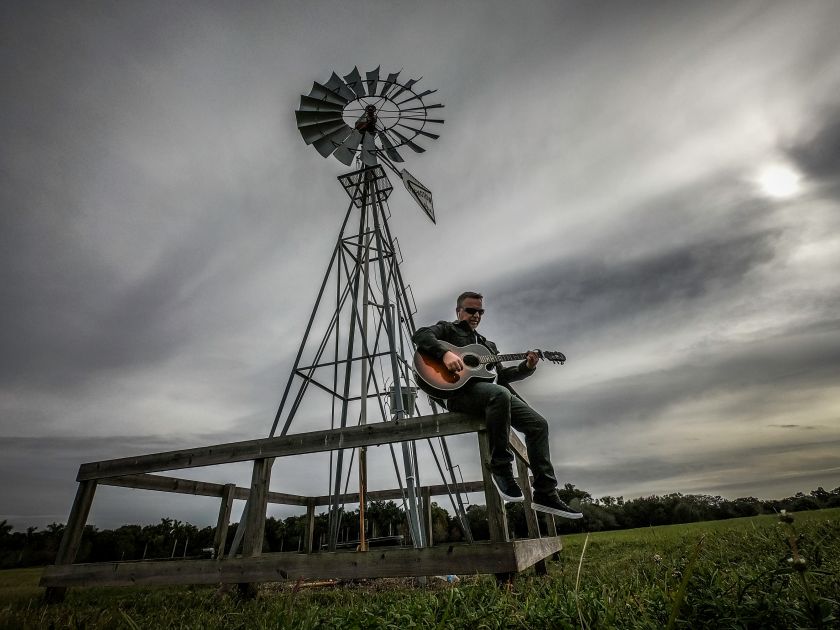 Christopher Phipps is no Saul Goodman!
Like the fictional character from Better Call Saul, he’s got a side gig selling media advertising and he does what is needed to survive.
But instead of breaking bad, you might say Chris is breaking good, in sonically adventurous ways. In the span of just 6 months during the 2020 quarantine, Phipps wrote, recorded and completed two solo albums; one acoustic: SUNSET SUMMER MEMORIES, and one electronic: sILENTsTORM INTO THE GREAT DIVIDE were recently released along with a new video the single – I’M GONNA LOVE YOU FOREVER (Sunset Summer Memories).
Since his 90s Billboard dance hit debut with Miami’s London Exchange (Memories of You), Phipps has steadily released original pop, rock, folk, and EDM under various guises. And he has grown his music while being a solo single dad, caretaker, and owner of a house and studio by a lake, where he spends many an off-hour catching muses and some fish. When the global pandemic of 2020 locked the world down, Phipps went to work at home, keeping everything afloat with kids and family and his side gig while embarking on a burst of creative output. After a widely seen virtual show series, Phipps was inspired to record again and that inspiration led him to record the two records.
Recording the two albums took 6 pandemic months that began after the national quarantine lockdown of March 2020. A father first and foremost, and a caretaker for his elderly dad, Christopher Phipps hunkered the family down in the tranquil, idyllic, quiet South Florida enclave by a lake full of Bass and Tarpon that provides daily spectacular sunrises and sunsets. In the throes of lockdown, Phipps continued his day gig, managing clients and selling ads for cable TV. By night he brought quarantined friends and fans together virtually, offering consistent good cheer from the studio on the lake. For 20 weeks in a row he streamed FB Live Friday Nights, around the world. This inspired him to record again. In a fire of pandemic urgency Christopher Phipps went ablaze on a 6 month creative tirade to produce two compelling albums. He also managed time to complete a new London Exchange single. For now, Christopher Phipps is blowing an, I’m Gonna Love You Forever, kiss to the world with his FEB 14 Valentine’s Day video release! The song is an ode to those who have fallen from Covid 19. With new electronic and acoustic albums out, Phipps can be found down in sunny South Florida with his family. He hustles for his day gig there remotely like Saul Goodman. And occasionally he will be out on the lake fishing for Bass or Tarpon, or just enjoying a lazy tropical sunset, in these strange pandemic times. MEDIA INQUIRIES: gritoSHOUT@gmail.com
Source: Christopher Phipps