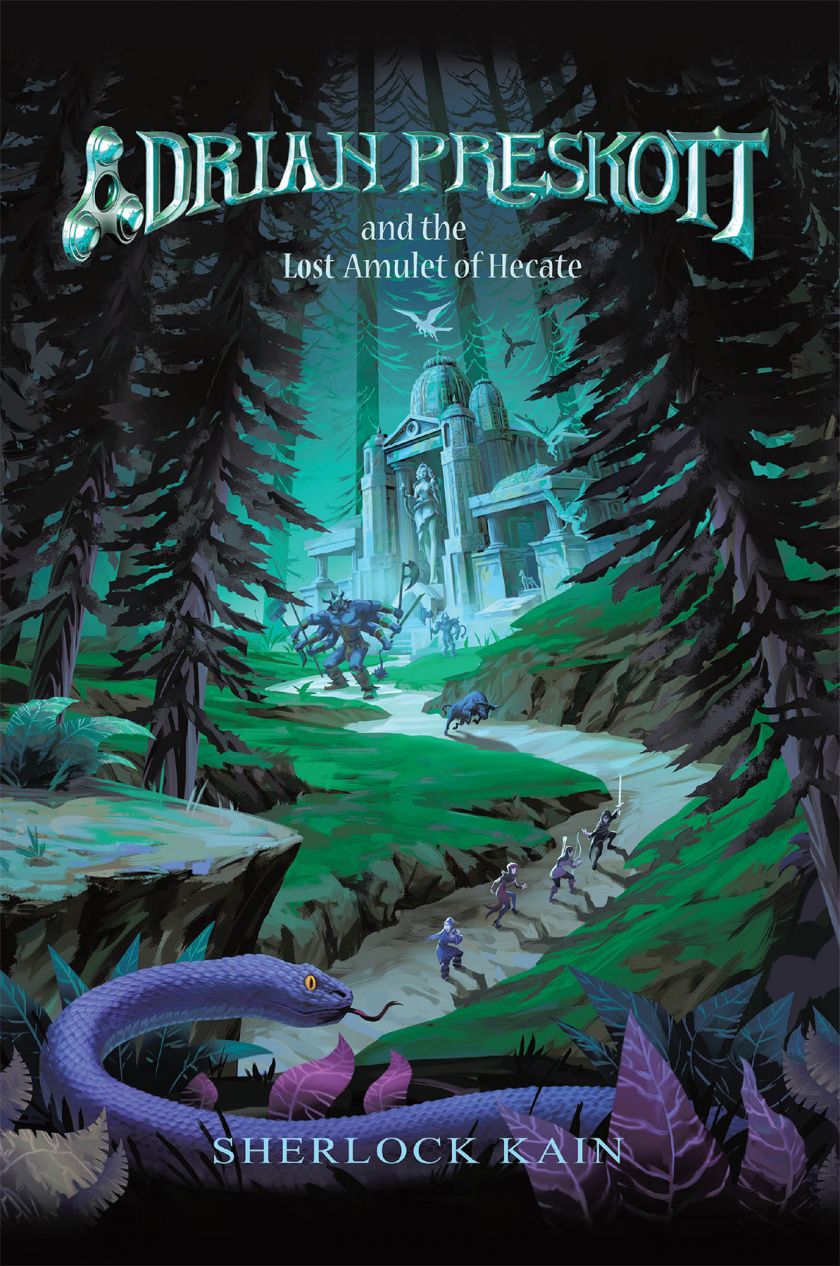 Sherlock Kain, an excellent storyteller, has completed his most recent book “Adrian Preskott And The Lost Amulet Of Hecate”: a thrilling saga that follows Adrian and his gang as they fulfill their first mission in an unpredictable journey through the darkness.
Sherlock writes, “Adrian, Rachel, Viktoria, and Lucian are back again for another epic adventure in the magical world of Corinthia. Not much time has passed since our heroes arrived in Corinthia, and Adrian has already begun to consider his new friends something like his new family. They have been at Legacy Castle, training under their master, Master Kaiden, and Adrian is becoming a more powerful sorcerer each and every day. Not much has been going on at the castle other than some friendly competitions and a couple of trolls who have been causing a little ruckus in the dungeons, but it’s been plenty to keep our gang busy. However, once an amulet that used to belong to the goddess Hecate is located and thought to be in danger, Master Kaiden has to make a decision on whether the gang is ready to embark on their first ever real mission. What Master Kaiden doesn’t know is that evil forces familiar and unknown are working from all different sides in an attempt to possess the amulet for their own evil desires. So join Adrian and the gang as they travel down a dark and treacherous road filled with twist and turns that will lead to an even darker truth that no one could ever imagine. And the start of an old but new beginning!”
Published by Fulton Books, Sherlock Kain’s book is an exciting fiction about an extraordinary quest to eliminate evil. As Adrian and his friends take on this mission, they are met with unexpected events and baffling encounters that taps conflict into their journey.
Readers, both young and old, will find this work amazing and riveting!
Readers who wish to experience this fantastic work can purchase “Adrian Preskott And The Lost Amulet Of Hecate” at bookstores everywhere, or online at the Apple iTunes store, Amazon, Google Play or Barnes and Noble.
Please direct all media inquiries to Gregory Reeves via email at gregory@fultonbooks.com or via telephone at 877-210-0816.
Source: Fulton Books