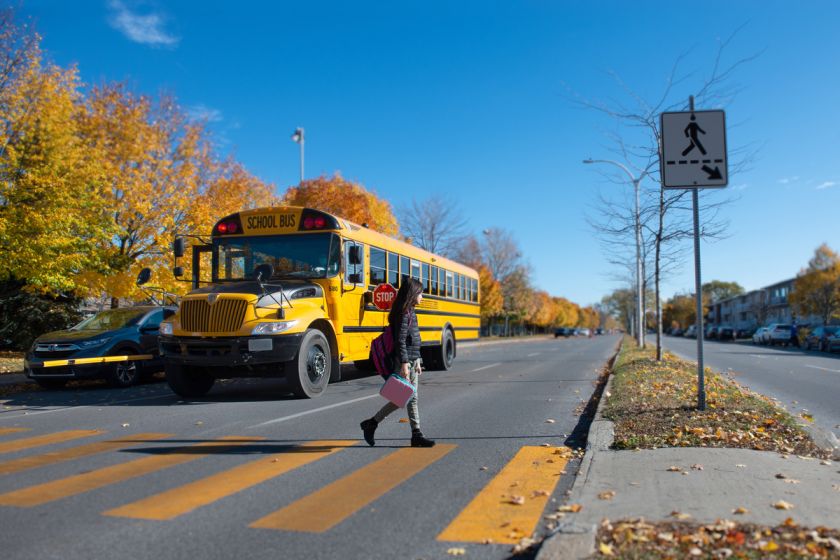 BusPatrol today announces a new partnership with the City of Niagara Falls and the Niagara Falls City School District to improve school bus safety.
The safety program is set to go live on September 1. All 100 buses in the Niagara Falls City School District will benefit from the BusPatrol platform, which provides advanced technology to help reduce stop-arm violations and improve student safety.
The technology, installation, and maintenance are offered at zero cost to the District. Revenue generated from citations will be used to fund the installation and maintenance of the technology over a five-year term. The hardware and software suite includes stop-arm cameras, 4G LTE connectivity, DVR and storage devices, cloud-managed 360-degree safety cameras (interior, windshield, rear-view, and sideload cameras), and GPS and telemetry solutions.
The school bus safety program will change driver behavior in Niagara Falls and reduce the number of times drivers illegally pass stopped school buses. According to the National Highway Safety Traffic Administration (NHTSA), children are most vulnerable as they step on and off the school bus. Drivers that ignore school bus stopping laws and blow past stopped school buses put these children at risk.
In the fall of 2019, Niagara Falls City School District conducted a pilot program with BusPatrol to identify the risk of stop-arm violations. Two school buses were illegally passed an average of 30 to 40 times per day. As well as this, data published by the Governor’s Traffic Safety Committee suggests that school buses are illegally passed 50,000 times a day in New York State.
“The safety of our children is paramount,” Niagara Falls City School District Superintendent Mark Laurrie said. “During a trial period of time, with only two buses having cameras, far too many cars illegally passed stopped buses. This program will send a strong message that the safety of children on and around buses must be taken very seriously.”
City of Niagara Falls Mayor Robert Restaino emphasized the need for better stop-arm enforcement, saying: “Reviewing the findings of the pilot program, the need for additional safety measures became imperative.”
He added: “The City is continuing its commitment to working together with the school district in finding the right partners for programs like this that increase safety throughout our community.”
Jean Souliere, CEO and Founder of BusPatrol, said: “BusPatrol is proud to partner with the City, School District, and Transportation Department to ensure local students are safe as they travel to and from school.”
He continued: “Our safety programs are proven to reduce the number of illegal passes by up to 30% YOY. We look forward to inciting a similar change in driver behavior in Niagara Falls, and helping the city to put safety first.”
ENDS
You can find more information about BusPatrol at www.buspatrol.com.
Press contact: Kate Spree | kate.spree@buspatrol.com
Source: BusPatrol