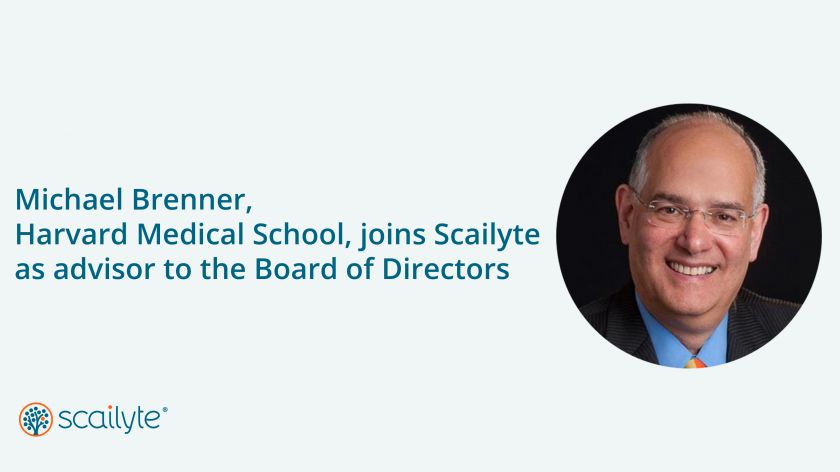 Artificial Intelligence (AI)-driven biomarker discovery innovator Scailyte announced today that Michael Brenner MD, Elizabeth Fay Brigham Professor of Medicine at Harvard Medical School, has joined Scailyte as an advisor to the Board of Directors.
Prof. Brenner is the director of Brigham and Women’s Hospital’s Human Immunology Center, which creates and performs single-cell transcriptional analysis and functional investigations in order to decipher human autoimmune illnesses, stratify patient groups, and find prospective therapeutic target cells and pathways. He is a member of the National Academy of Sciences in the United States and has received numerous awards.
Prof Brenner’s research focuses on T cell biology, antigen presentation, microbial pathogenesis, and autoimmunity. His research discovered the integrin molecule aEb7 (CD103) and its role in leukocyte homing, as well as a role for the CD1 antigen presentation system in the activation of T cells and NKT cells. His team has recently identified distinct fibroblast subpopulations that are pathologically expanded in disease, as well as a new T helper cell population, T peripheral helper (Tph) cells, that are implicated in antibody production in autoantibody-mediated disorders.
Michael Brenner, MD comments: “I am thrilled to support Scailyte in their pioneering efforts combining single-cell technologies and artificial intelligence for biomarker discovery. Single-cell technology is moving into the clinical space, and Scailyte is there at the right moment to capture the potential and create a new generation of clinical applications that will make a difference for patients.”
About Scailyte
Scailyte AG is a spin-off of ETH Zurich and combines single-cell technologies, high-quality datasets and machine learning methods to identify disease-specific biomarkers, with a focus on oncology and immunology. Scailyte’s proprietary best-in-class data analysis platform ScaiVision associates multimodal single-cell datasets (RNA-/TCR-/BCR-seq, proteomics, etc) with clinical endpoints, such as disease diagnosis, progression, severity, treatment response, in order to identify ultra-sensitive biomarker signatures. Thanks to the single-cell resolution and AI-driven approach, ScaiVision is the most powerful and cutting-edge approach to develop methods for precise diagnosis and prediction of therapy response. Scailyte leverages a global network of clinicians to identify disease indications with high unmet needs and collaborates with global pharmaceutical and biotech companies to translate the novel biomarkers into ultra-sensitive companion diagnostics (CDx) and IVD assays.
For more information, visit www.scailyte.com and connect on social media @LinkedIn and @Twitter.
Source: Scailyte