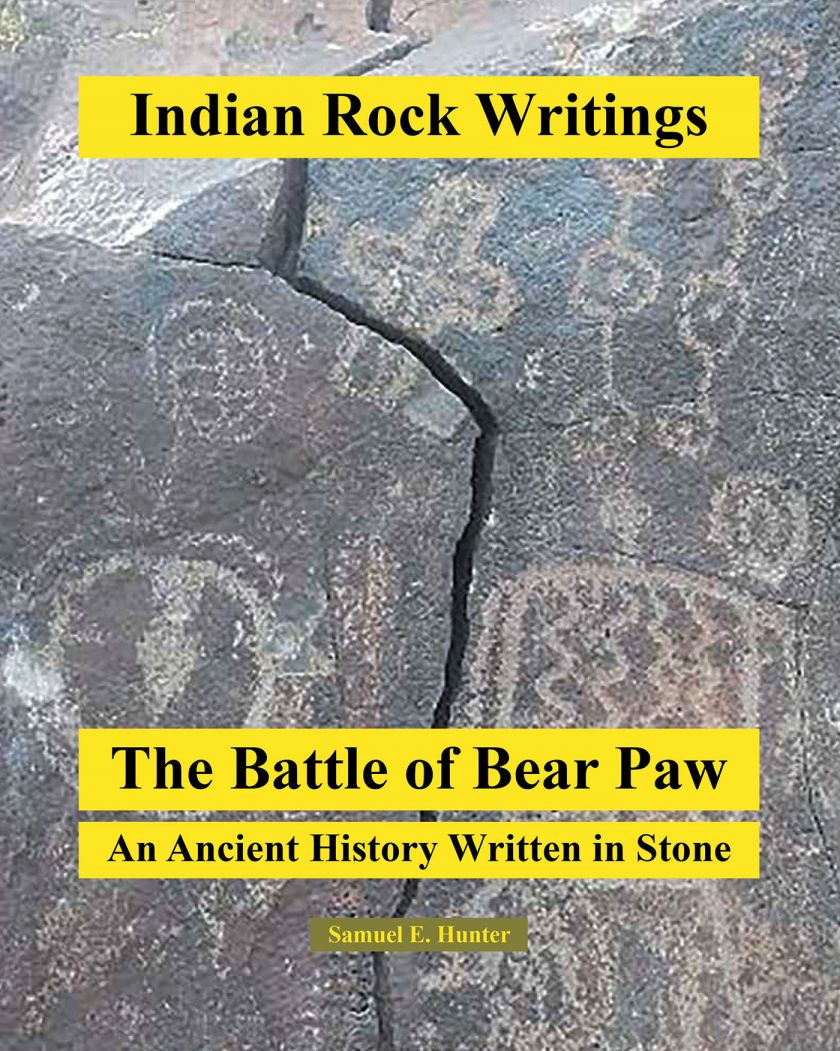 Samuel E. Hunter, a retired combat veteran and military contractor, has completed his most recent book “Indian Rock Writings: The Battle of Bear Paw: An Ancient History Written in Stone”: a brilliant manuscript that deciphers a part of Indian history by examining rock writings that were carved thousands of years past.
Samuel writes, “Indian Rock Writings represents a paradigm shift in American Indian studies, from illegally contrived cultural obscuration to actual documented historical fact…
For seven thousand years, the history surrounding the Battle of Bear Paw, in the Black Mountain Complex, Superior Valley of Southern California, was taught to ‘oot (proto-Uto-Aztecan) children using Indian rock writings. This Native American history is confirmed by Southern Ute Elder Dr. James Jefferson, PhD, and representatives from countless Ute enclaves throughout the United States, Central and South America. ‘We already know all these things,’ stipulates Dr. Jefferson, confirming the contents of the book in accordance with Indian law. In the 1850s, this battle and all Indian history were stolen from the Native Americans by an attorney for the railroads, mining and banking industries.
Here within these covers is a preliminary primer, dictionary, and thesaurus with which to supplement a small portion of recorded Indian history. A history recovered from Indian rock writings spanning several thousand years and two thousand miles from Southern California to Illinois, Texas to Montana. Perhaps the contents will inspire more field research and unmask Indian truths obscured by design for more than one hundred sixty-five years…”
Published by Fulton Books, Samuel E. Hunter’s book is a fascinating study that chronicles history through rock writings. This manuscript is shared in the hopes of encouraging people, especially researchers, to look into these subjects and unravel further knowledge.
Readers who wish to experience this great work can purchase “Indian Rock Writings: The Battle of Bear Paw: An Ancient History Written in Stone” at bookstores everywhere, or online at the Apple iTunes store, Amazon, Google Play or Barnes and Noble.
Please direct all media inquiries to Gregory Reeves via email at gregory@fultonbooks.com or via telephone at 877-210-0816.
Source: Fulton Books