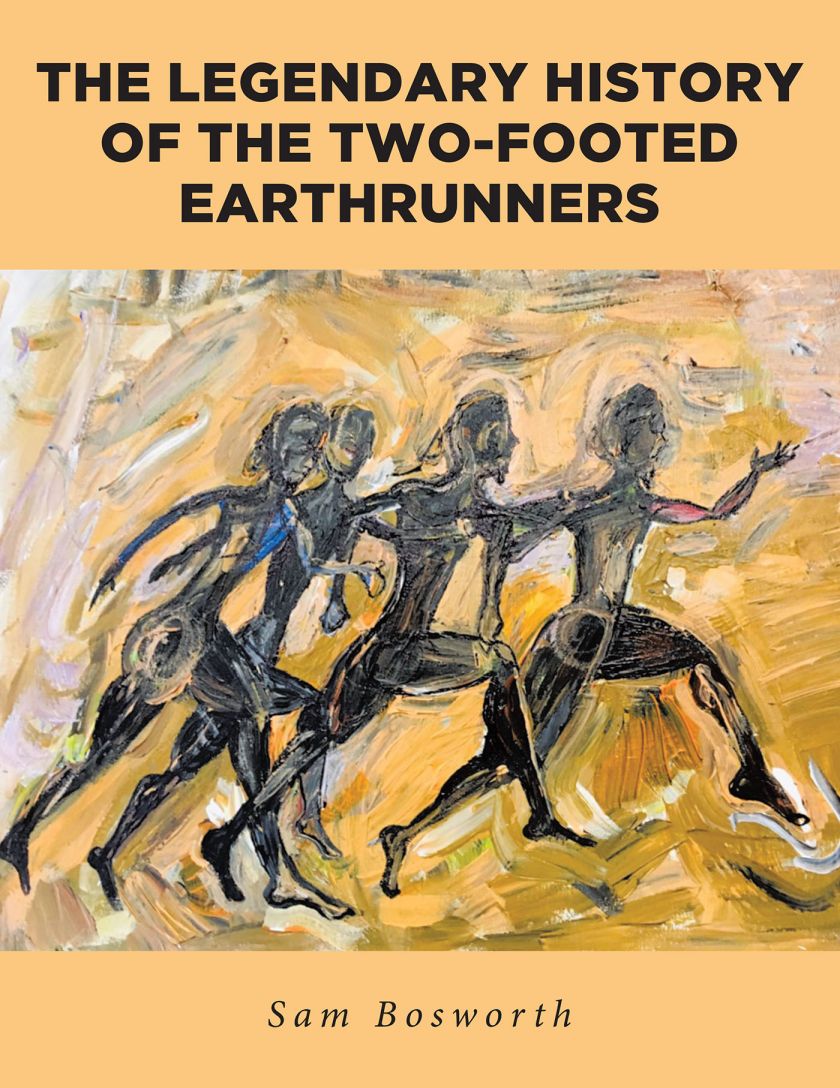 Sam Bosworth, an artist who decided to quit his art to start running, has completed his most recent book “The Legendary History of the Two-Footed Earth Runners”: a brilliant study that shares insight, research, and art about how everybody’s running contributes to the changes, evolution, and development in human beings.
Sam writes, “The Legendary History of the Two-Footed Earth Runners (LH) took root as an art project about human’s original hunting weapon: running. An impulse by the author to paint a picture of primitive humans conducting a persistence hunt, as described in the bestseller Born to Run. As an artist rarely paints just one canvas, running has been told in many stories about the history and development of humanity, both good and bad, both individual and collective. More canvases of runners began filling the walls of the garage, with written descriptions of what was happening underneath them. Was all this for an art show? A book?
Human beings have been meat-eaters for 2 million years. This is despite the fact our oldest weapons are 500,000 years old. How on earth did we get meat for 1.5 million years without weapons? In a nutshell, humans lost their chimp fur, developed the ability to sweat, started growing snappy Achilles tendons, and began jogging about, is how it happened. The fur-covered, non-sweating herd animals that covered the Savanna instinctively ran away from these running bipeds, but soon ran into a problem. These erect, furless chimpanzees just didn’t stop running! As the spooked antelope overheated and died, our ancestors took notice and started eating their carcasses. When we ate meat, our species grew bigger brains, more muscle, and got taller. We ran to get which made us better. In other words, human beings evolved to run.”
Published by Fulton Books, Sam Bosworth’s book is an artistic reflection of human evolution that looks into the act of running and how this movement played a significant role during the early years of humanity. This illuminating manuscript will definitely interest every reader from all walks of life.
Readers who wish to experience this great work can purchase “The Legendary History of the Two-Footed Earth Runners” at bookstores everywhere, or online at the Apple iTunes Store, Amazon, Google Play or Barnes & Noble.
Please direct all media inquiries to Gregory Reeves via email at gregory@fultonbooks.com or via telephone at 877-210-0816.
Source: Fulton Books