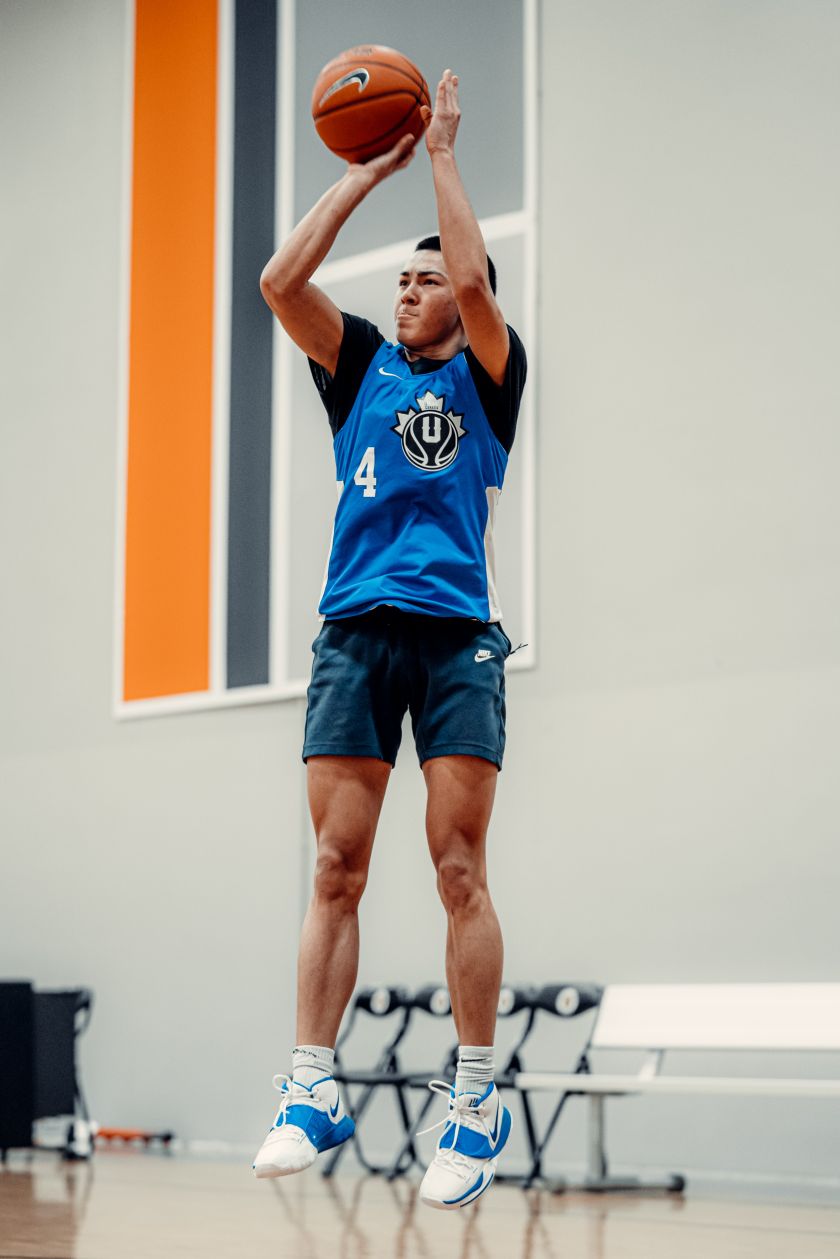 Real Salt Lake (RSL) Academy and head coach David Evans announced the addition of Liam Dayco-Green, one of Canada’s top prospects, to its premier basketball development program.
“Liam is going to be a great player with the program for years to come,” Evans said. “His work ethic is second to none and we are excited to add someone with his competitive drive and a passion for being successful.”
Recognized as an elite shooter and scorer with relentless work ethic, Dayco-Green, a 6-foot-3 combo guard out of Vancouver, British Columbia, is rated as the No. 5 overall Canadian prospect in the class of 2024, according to NorthpoleHoops.com. He has been invited to the 2021 U16 Team Canada camp and will enter RSL as a sophomore with three years to play.
A two-sport athlete at Vancouver College, Dayco-Green excelled in both basketball and football, winning provincial (state) championships in both sports as a starting guard and tight end, respectively. In the classroom, Dayco-Green was recognized as a four-time honor student at Vancouver College.
For three years, Dayco-Green played for Canada’s prestigious Nike UPLAY Canada, considered the best AAU club in the country, consistently producing NBA and Division I talent.
In addition to Nike UPLAY Canada, Dayco-Green consistently averaged over 20 points, five rebounds and five assists over five years playing for DRIVE Basketball, the Pacific Northwest’s premier AAU club, where he led his Elite 1 club in scoring and assists, winning 19 tournaments as a starter between 2015-2020.
Born in Toronto, Canada, Liam Dayco-Green, his brother Aidan Dayco-Green and his parents have lived across North America in cities like Vancouver, New York City and Chicago. Liam will now call Utah home.
###
More on Liam Dayco-Green
Dwayne Washington (CEO and Chairman at Nike UPLAY Canada)
“Liam has the perfect blend of relentless work ethic, talent, character and competitive drive, which allow him to impact winning. Specifically, Liam’s ability to compete at a high level and score the ball from beyond the arc will help RSL to get to national prominence.”
Luka Zaharijevic (Head Coach at DRIVE ELITE Basketball | Former FIBA Professional Player)
“Liam is one of the most outstanding and hardest-working players in the nation for his class, as he has been a true leader and fierce competitor for many years on our DRIVE ELITE teams that I’ve coached. He’s an incredible person with a relentless passion to become better every day. He grinds harder than anyone I’ve seen in my two decades as a player and eight years as a coach. Liam has been making extraordinary strides in his development since the pandemic, and is showcasing to be one of the best guards in the country. I’m extremely proud of the man he has become, and the best part is, this is just the beginning…”
More on RSL Academy Program: https://rslbasketball.com/2021/06/03/rsl-basketball-adds-top-canadian-prospect-liam-dayco-green-for-2021-22/
Media Inquiries: drew@drewgreen.ca
Source: RSL Academy