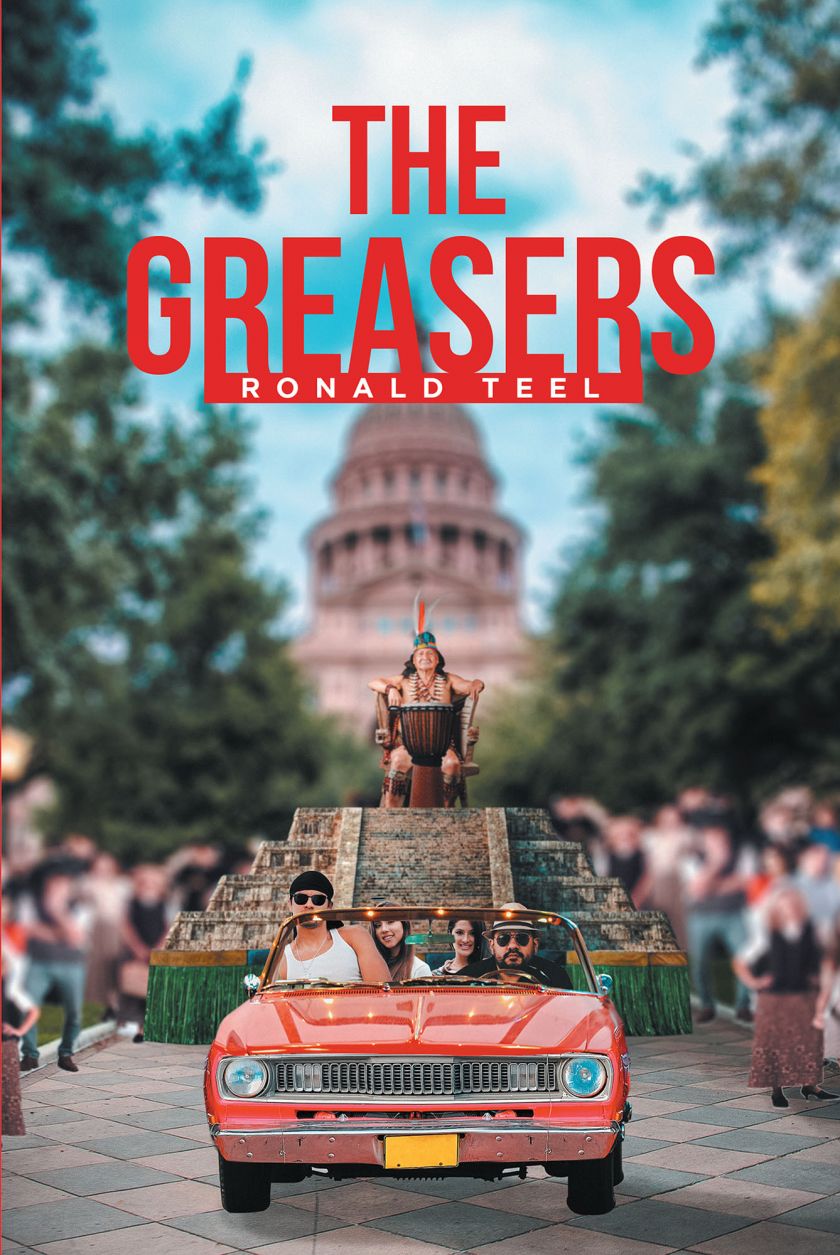 Ronald Teel, an excellent author, has completed his new book “The Greasers”: a potent narrative set in 1970s where it revolves around a life-changing event for the people of Austin and eventually the entire Texas as two brothers try to bridge the gap between the whites and browns.
Ronald writes, “The 1970s. Austin, Texas. In which two Mexican brothers from South Tejas move to Austin to seek a degree from the famous University of Texas. While there, they become radically sensitive to the separation of ‘whites’ and ‘browns’ in the overall scheme of things. Finally, the younger of the two brothers decides to do something about it. He travels deep into Mexico and locates an ancient and most unusual formula. Once he has tried it out for himself, the young Chicano decides to bring it back to Austin where it will be tried out on selected ‘gringos.’ Then before anyone realizes it, the entire structure of Austin begins to change. Gringos turn into Chicanos. That is, their Anglo-American thinking, their passions, and eventually their lifestyles become ‘Mexican.’ No one is exempt—doctors, politicians, city councilmen, border patrolmen, state troopers, the chief-of-police, the mayor, and even the governor of Texas! All of them turn ‘brown’ with the end result of radical changes in Texas politics and the uplifting of the status of Mexican Americans…which, in the end, is felt all the way to the White House!
This book has lowriders in it, and Little Joe, and Pulido, and lots of others….and some friends of mine seem to think this book would make a fine movie. So do I.
Viva el brown tidal wave!
Firmamente,
El Rone”
Published by Newman Springs Publishing, Ronald Teel’s is a fascinating fiction that will bring an impact to the readers with the message it holds and the remarkable events that transpire within. At the end of this manuscript, one finds himself not looking at the city of Austin the same way ever again.
Readers who wish to experience this gripping work can purchase “The Greasers” at bookstores everywhere, or online at the Apple iBooks Store, Amazon, or Barnes and Noble.
For additional information or media inquiries, contact Newman Springs Publishing at 732-243-8512.
About Newman Springs Publishing:
Newman Springs Publishing is a full-service publishing house for serious authors. Each title produced by Newman Springs Publishing undergoes every step of the professional publishing process, including editing, layout, cover design, circulation, distribution, and publicity. All titles are made available in both eBook and print formats. Newman Springs Publishing distributes to tens of thousands of retail outlets throughout North America and internationally. All manuscripts in any genre are welcome to be submitted for review; If the manuscript meets the necessary criteria and is accepted for publication, Newman Springs Publishing will work closely with the author to bring the book to the retail market for a relatively inexpensive initial investment.
Source: Newman Springs Publishing