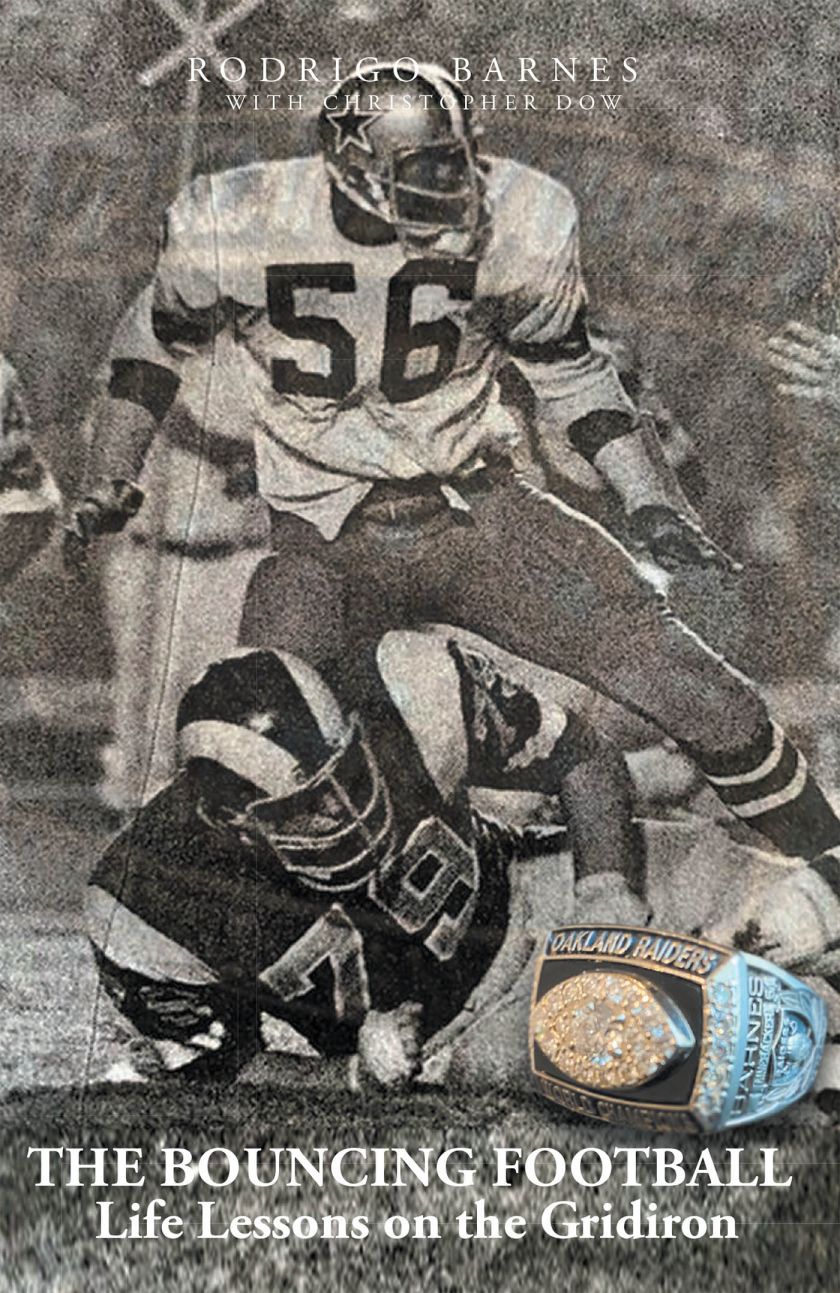 Fulton Books author Rodrigo Barnes, a multiple-award-winning college football player, veteran of several NFL teams, and member of Super Bowl XI-winning Oakland Raiders, has completed his most recent book “The Bouncing Football”:  an inspirational life story of a football player as he handles life’s challenges and faces success and failure inside and outside the game.
Rodrigo writes, “He questioned the system and paid the price….
But 44 years ago, he played for the Dallas Cowboys for a single season as a middle linebacker.  During his rookie season in 1973, the 23-year-old from Waco was a backup to a fading legend, Lee Roy Jordan, and was traded by October of 1974 before he vanished from pro football altogether just two years later.
His official Rice University biography, penned upon his induction into that school’s hall of fame in 2011, notes that his career was cut short by injuries.  But that is not the whole truth.  Rodrigo Barnes was, he has long believed, punished for being an outspoken black man in an industry controlled by white men.  He was banished for being ‘a radical at a time when radicals weren’t popular’, beloved Cowboy’s wide receiver Drew Pearson once said.
It might be tempting to say that before there was a Colin Kaepernick, there was Rodrigo Barnes – a man exiled from the game he loved.  There may be a certain truth to the comparison.  Both men sacrificed their pro football careers to protest the treatment of black men in America.”
Published by Fulton Books, Rodrigo Barnes’ book is a motivational account that tells readers that talents and skills are important, but as is placing oneself in the right path while trusting the hands of a loving and understanding God.
Readers who wish to experience this profound work can purchase “The Bouncing Football” at bookstores everywhere, or online at the Apple iTunes store, Amazon, Google Play or Barnes and Noble.
Please direct all media inquiries to Gregory Reeves via email at gregory@fultonbooks.com or via telephone at 877-210-0816.
Source: Fulton Books