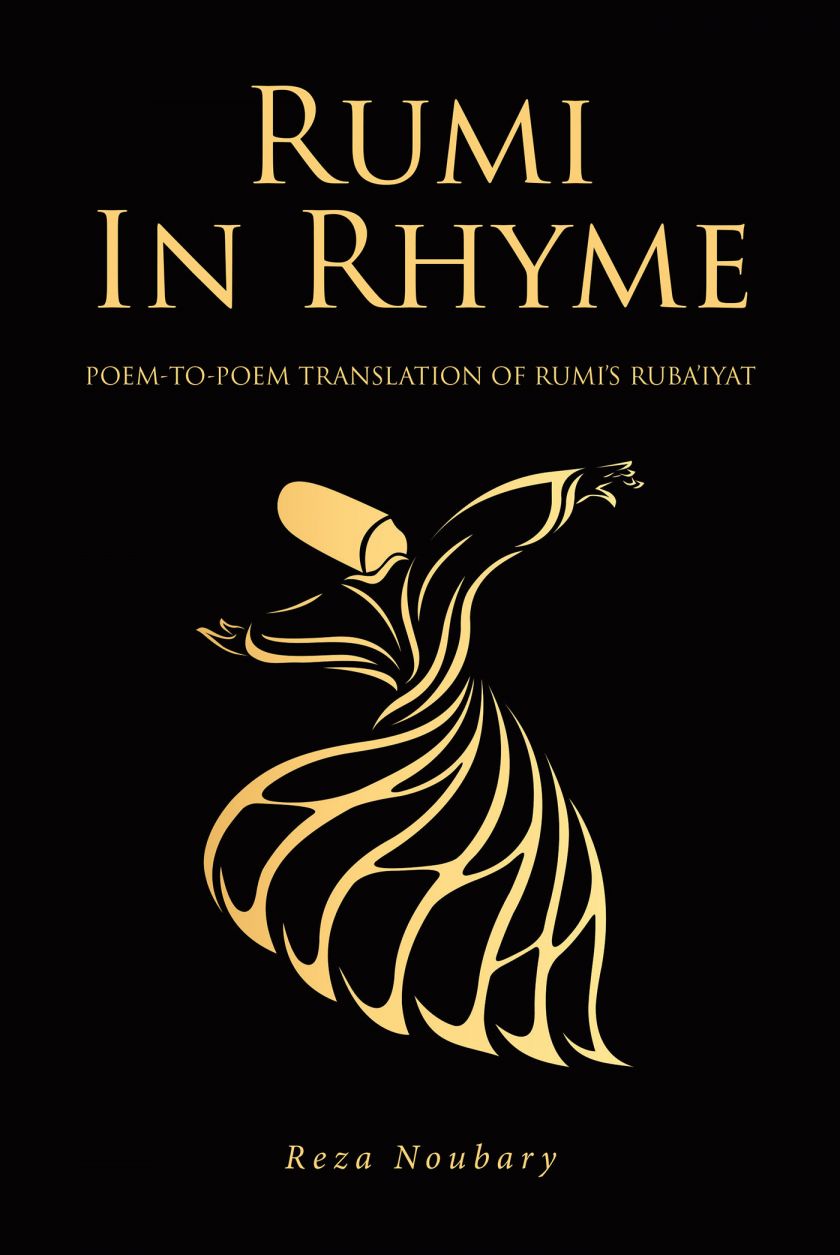 Fulton Books author Reza Noubary, a writer of several scientific and poetry books, has completed his most recent book “Rumi in Rhyme”: a well-written manuscript of translations of Rumi’s works. Noubary, with his love for this poet’s talent, has excellently provided translations that will pave the way for other people to recognize the beauty and wonder contained in Rumi’s words.
Noubary writes, “Rumi, born in 1207, is often compared to Shakespeare for his outpouring of creativity. Today he is recognized not only as a great saint but also as one of the world’s great poets and his work are recited, chanted, set to music, and is used as inspiration for novels, poems, music, and films. Rumi’s ecstatic poems have sold millions of copies in recent years, making him the most popular and the best-selling poet in America. Globally, his fans are legion.
From existential angst to love, sex, and loneliness; from belonging at physical and spiritual levels to morality and religion; contradictory human emotions and impulses—no stone is unturned in Rumi’s poetry. Of course, part of his popularity comes down to the quality of his work. His poems are beautifully structured and incredibly well composed: compacting multi-layered ideas and often interpreting the complexities of the world in a form of poetry. Equally important is his universal message, which transcends time and culture.
The transformative moment in Rumi’s life came in 1244, when he met a wandering mystic known as Shams of Tabriz. Their vital connection as teacher and pupil, friend and beloved, is one of the world’s greatest spiritual love stories. Remembering his first encounter with the man, Rumi wrote, ‘What I thought of before as God, I met today in a human being.’ When Shams disappeared, Rumi coped with the pain of separation by composing joyous poems of reunion, both human and divine. He wrote three thousand love songs and two thousand rubaiyat (four-line quatrains). He also wrote in couplets a six-volume spiritual epic, The Masnavi.
The present book is motivated by a love for Rumi as philosopher and poet and the scarcity of direct translation of his poems to English poems by a Persian native. Of course, there are already some excellent books, which are well known and well written. However, most of them are not poem-to-poem translations to an everyday English.”
Published by Fulton Books, Reza Noubary’s book is an effort to provide translations of some of Rumi’s works in a way that is both literally and conceptually faithful to the original creation.
This manuscript is born from one’s adoration to an amazing poet and philosopher who has moved his heart and soul with his words.
Readers who wish to experience this excellent work can purchase “Rumi in Rhyme” at bookstores everywhere, or online at the Apple iTunes store, Amazon, Google Play or Barnes and Noble.
Please direct all media inquiries to Author Support via email at support@fultonbooks.com or via telephone at 877-210-0816.
Source: Fulton Books