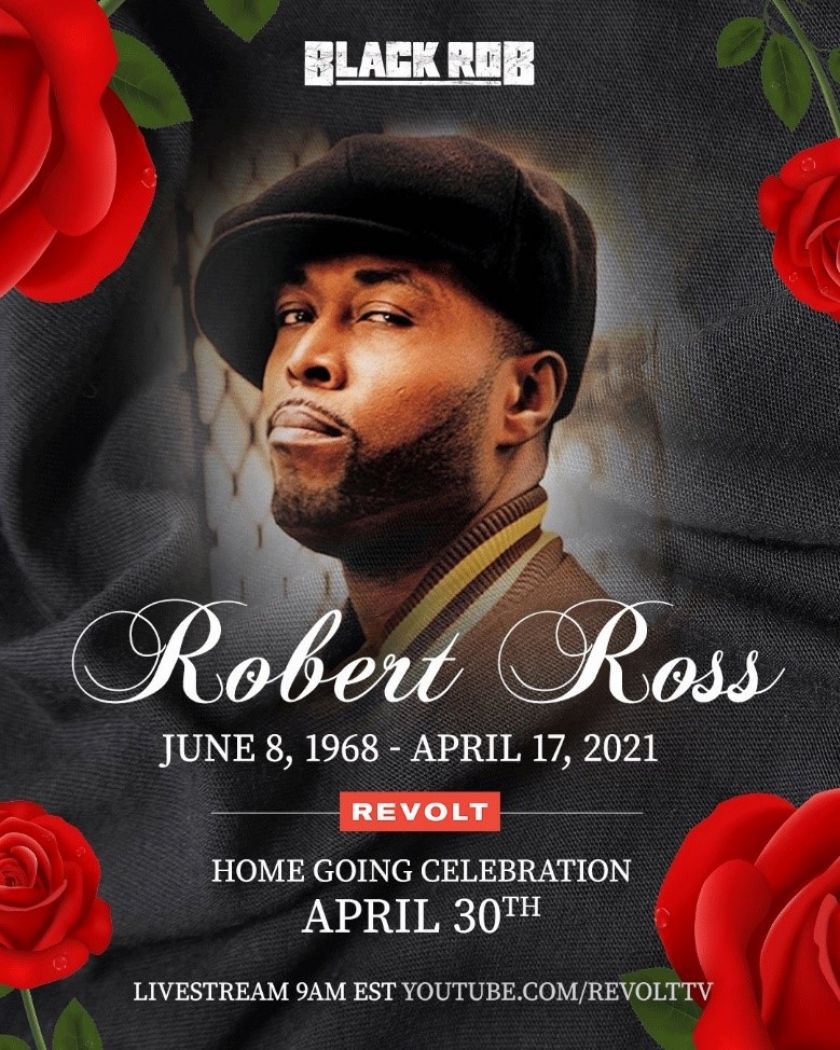 Today, REVOLT, the leading Black-owned multimedia platform will livestream and broadcast a homegoing celebration in remembrance of Black Rob.
The Hip-Hop community mourns the loss of the acclaimed New York rapper, who will be laid to rest today, April 30. Black Rob, born Robert Ross on June 8, 1968, sadly passed away at the Grady Memorial Hospital in Atlanta on April 17.
A member of the Bad Boy Records family, Rob’s music took the world by storm with his 2000 solo debut, Life Story, which earned him a platinum plaque among other accolades. Black Rob was known for his hit “Whoa!” as well as ’90s classics on the remix to 112’s “Come See Me,” Total’s “What About Us,” Faith Evans’ “Love Like This” and more.
REVOLT invites fans and friends within the community to honor the late MC with a Homegoing Celebration on REVOLT multimedia network today (April 30). The memorial will be live-streamed on REVOLT’s YouTube channel beginning at 9 a.m. EST (memorial and viewing) and television network at 11 a.m. EST funeral coverage.
DETAILS:
WHO:                  REVOLT
WHAT:                 A memorial celebration of Black Rob livestreamed through REVOLT’s digital and linear channels.
WHEN:                Friday, April 30
WHERE:              REVOLT’s YouTube channel beginning at 9 a.m. EST and television network at 11 a.m. EST.
PRESS CONTACT: 5W Public Relationsrevolt@5wpr.com(212) 999-5585
Source: REVOLT