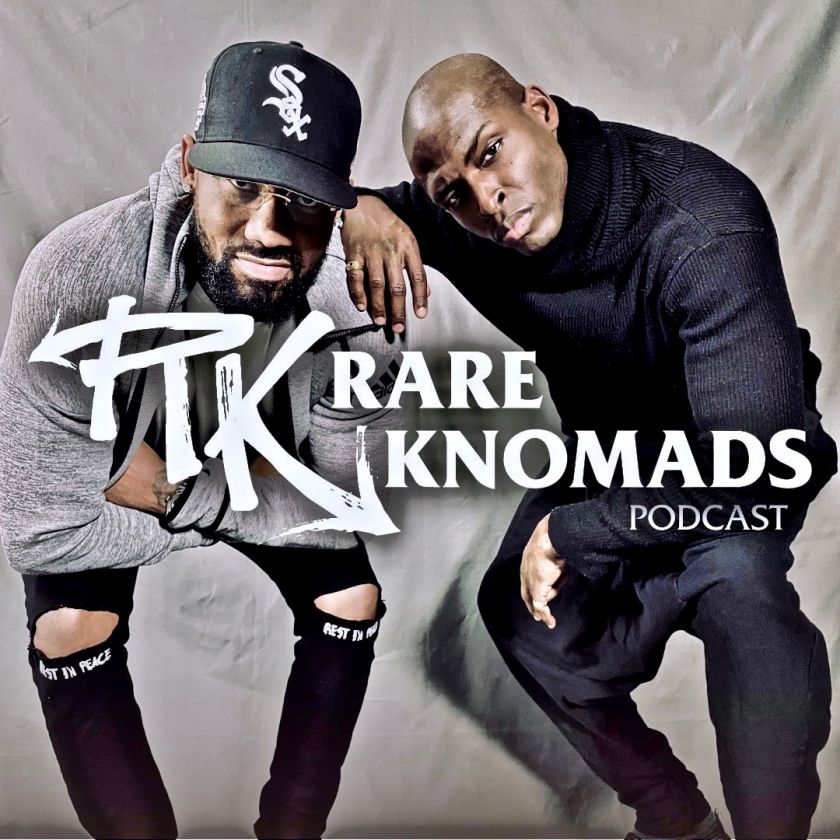 Grandmaster Studio is thrilled to kick off 2021 with their brand new podcast “Rare Knomads Podcast” with hosts Rap Is A Martial Art and Jims World. The Rare Knomads podcast taps into the realms of spirituality and intimate escapades while also covering hilarious stories you’ve never heard before. It’s difficult to find this rare cross-over anywhere else.
Rap Is A Martial Art, born as Philippe Prosper, is a Haitian-American known for bridging the gap between rap and martial arts. Prosper characterizes both “rap and martial arts are synonymous forms of self-expression.” In the process of creating this epic fusion, he embodied the heart of a martial artist and blended them into every endeavor he partakes in. Rap Is A Martial Art is the equilibrium of the Rare Knomads Podcast and creates a layer for deeper thought and spirituality.
Hailing from the Bronx, co-host Jims World isn’t new to the entertainment space. He’s best known for heading the management team for legendary Bronx rapper Cory Gunz, who is currently signed to Young Money.
The Rare Knomads are starting the new year off with the first episode featuring the well-known tattoo artist Ceaser Emanuel from Harlem, New York.
The episode is the first of many; the future episodes include the likes of Nick Cannon, Shaquille O’Neal, and Jim Jones.
Stream episode 1 of the Rare Knomad’s podcast with Ceaser Emanuel here.
Source: Rare Knomads Podcast