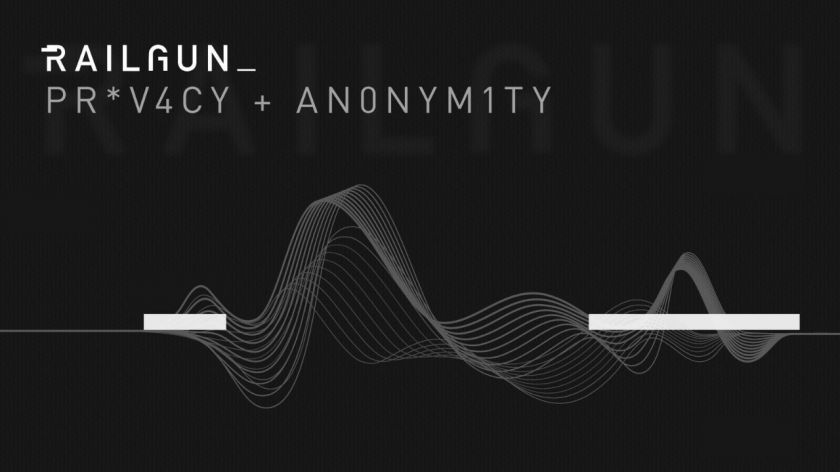 RAILGUN, an ultra-advanced smart contracts protocol that utilizes Zero-Knowledge Proof technology to achieve privacy for DeFi transactions on Ethereum, has officially debuted its RAILGUN DAO and RAIL tokens since July 3 on Uniswap.
RAILGUN is spearheading the offering of anonymity for cryptocurrency traders in an effort to disrupt the DeFi market with privacy technologies. The RAILGUN technology system aims to secure every transaction or smart contract interaction on the Ethereum blockchain via zk-snarks privacy. RAILGUN’s economic structure will be governed by early adopters who interact and contribute directly to the RAILGUN system. RAILGUN DAO will be made up of RAIL token holders, who will be able to vote on the coins they want to see whitelisted for use in RAILGUN. RAIL token holders will vote on the fee incentive program, which yields passive income for RAIL token holders from transaction costs incurred by users who participate in private trading. The RAIL token, which has a fixed supply and cannot be diluted, has been audited by a third party to assure proper rollout.
RAILGUN founder and project development lead, Emmanuel Goldstein, said the system will be fully live on the Ethereum network in July. “Users will be able to deposit ETH, USDC, renBTC, renZEC, and other tokens into the RAILGUN system and become anonymous, allowing them to take action with the tokens they deposited, in private”, he said.
In a world where private data security issues are being debated, RAILGUN users will be able to protect their personal information from being breached, which could have otherwise led to a number of undesirable outcomes. These include having the details of financial transactions on the blockchain documented and linked back to users’ private data, the possibility of trading strategies being imitated without consent, and facing targeted ads based on their transaction history. For those who hold a considerably high amount of cryptocurrency, the RAILGUN shield balance serves to protect these wallet addresses and prevent compromise. DeFi users are thereby guaranteed privacy and security when trading, using leverage platforms, or adding liquidity with any dApp on Ethereum.
For more information about RAILGUN and their upcoming announcements, please refer to their official website at https://railgun.ch/.
About RAILGUN
RAILGUN is a privacy system built directly on Ethereum, from which users can interact directly with DEXs and other DeFi applications. Individuals can engage in cryptocurrency and DeFi-based activities, ensuring financial freedom without the fear of being spied on by anyone. The team believes in the right to privacy for all people, and have presented their solution to address issues regarding privacy and attaining anonymity for stablecoins and DeFi, without sacrificing Ethereum security or the liquidity existing on current dApps and DEXes.
Website: https://railgun.ch/
Twitter: https://twitter.com/railgun_project
Telegram: https://t.me/railgunproject
Media Contact
mail@railgun.org
Source: RAILGUN