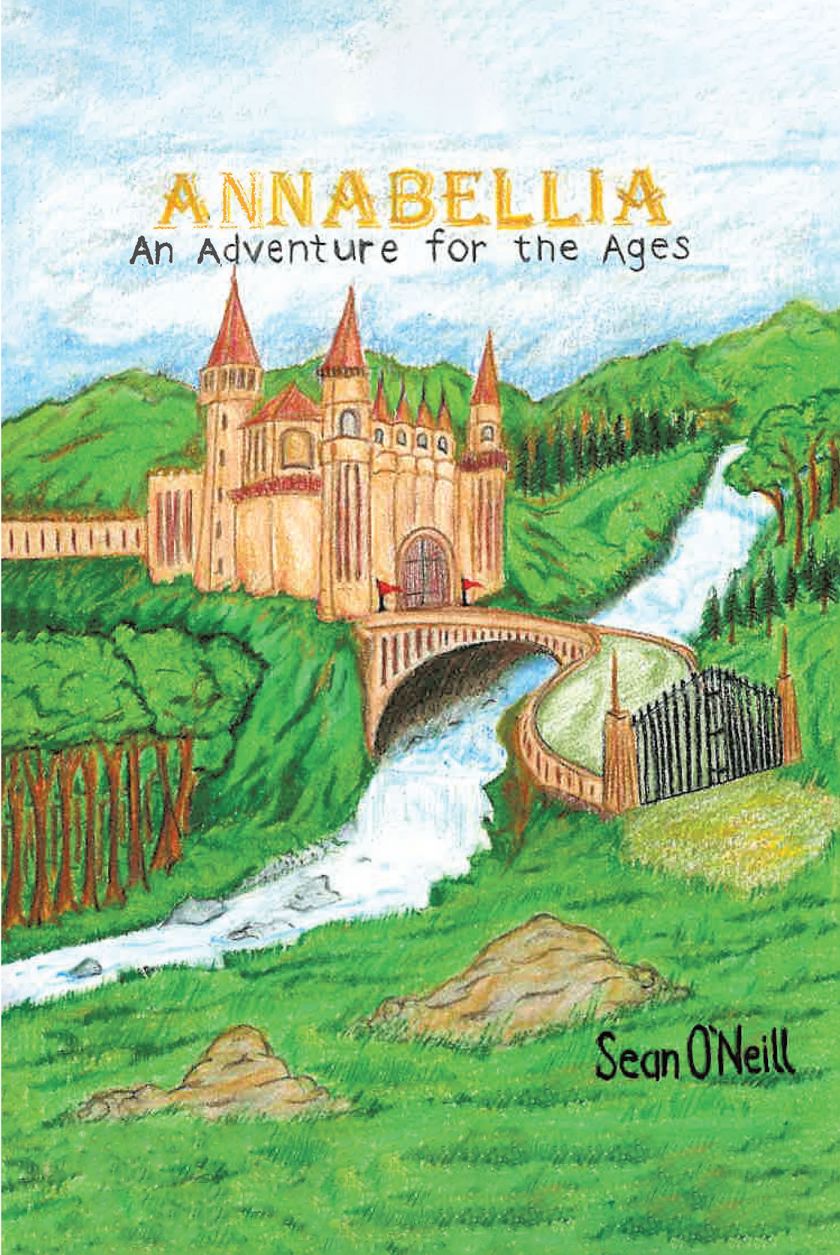 Sean O’Neill, a full-time firefighter and paramedic, has completed his most recent book “Annabellia”: an unexpected adventure into a different realm where one boy finds himself being greater than he ever imagined.
Sean writes, “Daniel McGunny is playing baseball with his older brother and some other kids from the neighborhood. Daniel climbs down into a creek to retrieve a baseball, and he encounters a strange creature who invites him to enter into another world. Being a bit reckless by nature, he accepts the invitation.
Once inside the world of Annabellia, he meets his mentor, Mitchell, who is quick to explain the two most important aspects of Annabellia. First, native Annabellians have no magic. Only human children who enter the kingdom can perform magical feats. Secondly, time is quite different in Annabellia. One day in this strange land is equal to only one minute on earth. Mitchell also informs Daniel that another boy from his neighborhood, Tommy Anderson, has been taken prisoner by the evil queen and that the great king Salvatore is requesting Daniel’s help to free him.
Mitchell soon discovers that Daniel has entered Annabellia with magic that is more powerful than anyone has seen in centuries. The two of them immediately leave on a journey to meet the king, during which they encounter numerous dangers. After finally arriving at King Salvatore’s castle, Daniel trains under the king and his young son, Prince Hugh, until the pair feel he is ready to help rescue Tommy. However, the rescue mission, plagued by violence and betrayal, does not go as planned. Will Daniel successfully get Tommy home? And if so…at what cost?”
Published by Fulton Books, Sean O’Neill’s book takes the readers on a journey full of suspense and magic. This gripping fiction brings a good read for readers, both young and old.
Will Daniel be able to accomplish what he is meant to? Or will things go haywire? Find out in this adventure for the ages!
Readers who wish to experience this riveting work can purchase “Annabellia” at bookstores everywhere, or online at the Apple iTunes store, Amazon, Google Play or Barnes and Noble.
Please direct all media inquiries to Gregory Reeves via email at gregory@fultonbooks.com or via telephone at 877-210-0816.
Source: Fulton Books