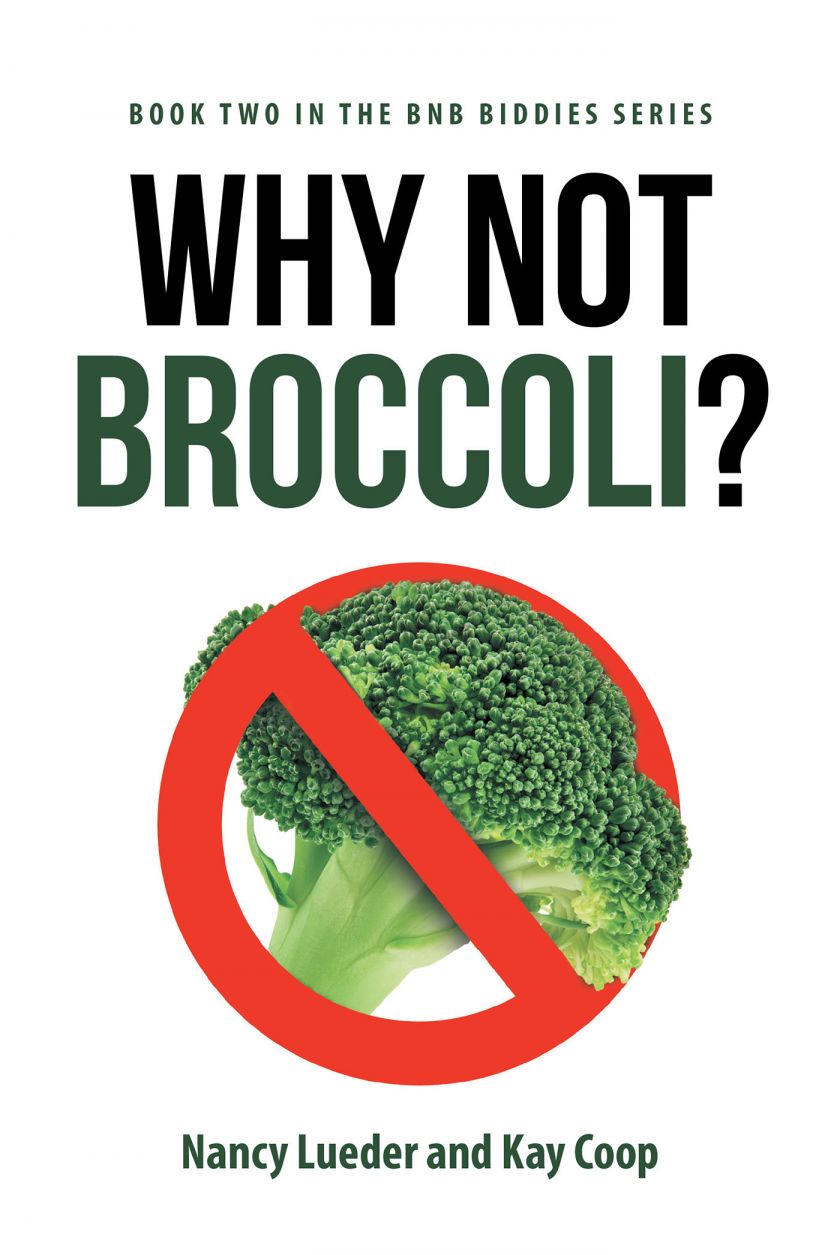 Nancy Lueder, a former legal secretary, school board member, and avid reader; and Kay Coop, a founder/publisher of school publications as well as a real estate agent, have completed their most recent book “Why Not Broccoli”:  an entertaining slice-of-life novel depicting the strong bond between five female friends who have been in each other’s lives since high school.

Nancy and Kay write, “Welcome to the second book in the BnB Biddies series.
“In book one, Better Than Butter, our five main characters attended a high school reunion and found that even though many years had passed, their friendship was as strong as ever. All five were each BnB owners—one had become widowed, two had divorced, one was married, and the last remained single. Through their round-robin letters, we followed their lives. At a BnB convention, a newspaper leads to their discovery of the true identity and reason for strange acts of a guest three had encountered.
“In book two, Why Not Broccoli?, we follow the ladies into courtship, adventures, and the discovery of why cucumbers and pickles are becoming difficult to obtain. One remains married, two now have beaus, and two remain single and unattached.
“Our characters are Lil, Ditty (Gregory, her man friend), Milly, Izzy (Jack, her man friend), and Babs (Gerald, her husband).”
Published by Fulton Books, Nancy Lueder and Kay Coop’s book is an empowering, humorous at times, opus that takes its readers to a fascinating adventure of friendship and a new-found romance.
Readers who wish to experience this charismatic work can purchase “Why Not Broccoli” at bookstores everywhere, or online at the Apple iTunes Store, Amazon, Google Play or Barnes & Noble.
Source: Fulton Books