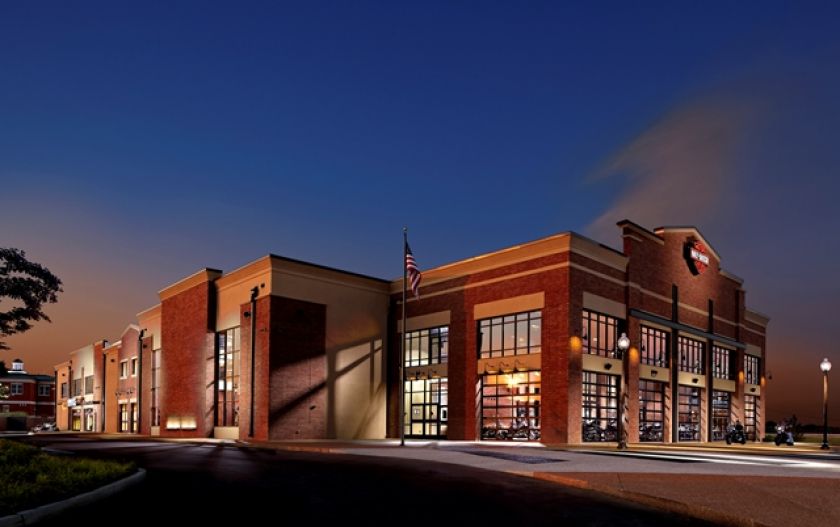 Southern Thunder Harley-Davidson (STHD), a leading Harley-Davidson dealership located 15 minutes south of Memphis, Tennessee, is under new ownership after renowned American entrepreneur and philanthropist Bob Parsons engaged Powersports Listings Mergers & Acquisitions (PLMA) (powersportslistings.com) to facilitate the sale of the dealership. STHD now joins Dale Rhoads-owned DEFCON Powersports (DEFCON) (defconpowersports.com), with Harley-Davidson locations in Tulsa, OK, St. Paul, MN, Eden Prairie, MN, Lakeville, MN, Blaine, MN and Wichita, KS.
Parsons and Gina Marra, Vice President overseeing Parsons’ powersports operation, attribute the decision to sell STHD to their strategy to expand and focus on their Arizona-based ventures, which include Harley-Davidson of Scottsdale (hdofscottsdale.com), the world’s largest Harley-Davidson dealership at 150,000 square feet, and GO AZ Motorcycles (goazmotorcycles.com).
In the last two years, the GO AZ Motorcycles family of dealerships has doubled with the addition of stores in Cottonwood and Flagstaff joining the recently expanded Scottsdale and Peoria locations. The group is currently in progress on another GO AZ Motorcycles’ acquisition expected to also finalize soon.
“As the number of dealerships in Arizona continues to grow, it becomes an even greater challenge to manage Southern Thunder Harley-Davidson remotely,” stated Marra. “Bob and I feel that the decision to sell at this time, and to this particular buyer, is what’s best for both Southern Thunder Harley-Davidson and the staff in Southaven.”
Parsons purchased STHD in 2013 from, then majority owner, Lisa Rossmeyer-Wade, a transaction in which PLMA assisted as seller representative.
PLMA’s Jerry Szopinski, President of Sales & Networking, has maintained a longstanding relationship with Dale Rhoads and identified him as a great fit for the acquisition of STHD. After several weeks of analysis and negotiations, a deal was struck to acquire all operating assets and three parcels of real property included in the massive Southaven, Mississippi dealership complex. This acquisition marks the seventh dealership location for DEFCON and further solidifies its massive Harley-Davidson dealership footprint in the United States’ central time zone and is projected to propel the enterprise to more than $120MM in annual revenue with a clear vision stated by Dale Roads that “EXCEEDING EXPECTATIONS IS OUR BUSINESS.”
The buy-sell transaction closed on Monday, April 19, 2021, with DEFCON’s first day of operational control on Tuesday, April 20, 2021.
Powersports Listings Mergers & Acquisitions (PLMA), the professional powersports industry dealership brokerage centrally located in Dallas, Texas, managed the transaction as the Seller’s representative with team members:
Tom Macatee, CEO
David Clay, CIO
Jerry Szopinski, President of Sales & Networking
Mike Pate, Managing Director
Media Contact:
Tom W. Macatee
Phone: 800-399-4654 ext. 101
Email: tmacatee@powersportslistings.com
Source: Powersports Listings M&A – powersportslistings.com