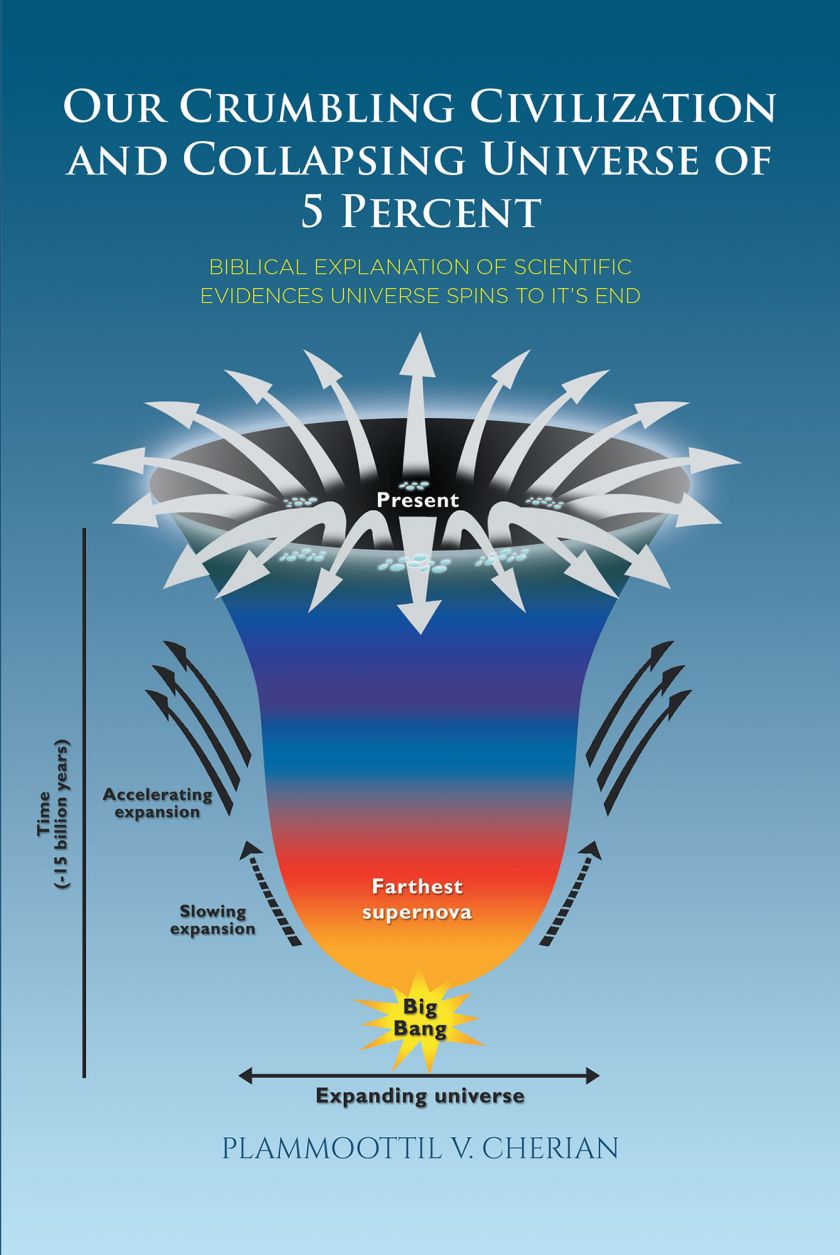 Plammoottil V. Cherian, a retired professor and a research scientist, has completed his new book, “Our Crumbling Civilization and Collapsing Universe of 5%”: a profound exposition that breaks down the scriptures to unravel the Bible’s mysteries and fuse them with concepts of science.

Plammoottil writes, “It is the biggest question of all in the universe, when and from what universe came into being and how it expanded. It puzzled Einstein and many other cosmologist after him. Finally, they have discovered the particle, which they mysteriously named the God particle. As the mystery surrounds this particle, their quest will either end in finding God, the source of the particle or not.”
“In an age when biblical truth are considered fairytales by many a scientists, someone must be bold enough to tell the truth that in the beginning the universe was void and darkness prevailed in the entire cosmos until God separated darkness by his eternal light and used 5 percent of the dark matter to create the universe and everything within it. Dr. Cherian courageously links the Scriptures and the science behind the dark matter and the scientists who were divinely guided to name it the God particle.”
Published by Covenant Books of Murrells Inlet, South Carolina, Plammoottil V. Cherian’s new book is an illuminating work that will help Christians and scientists alike into figuring out the relationship between science and theology. This lays out biblical explanation to a variety of scientific evidences that build up the world.
Readers can purchase “Our Crumbling Civilization and Collapsing Universe of 5%” at bookstores everywhere, or online at the Apple iTunes store, Amazon, or Barnes and Noble.
Covenant Books is an international Christian owned and operated publishing house based in Murrells Inlet, South Carolina. Covenant Books specializes in all genres of work which appeal to the Christian market. For additional information or media inquiries, contact Covenant Books at 843-507-8373.
Source: Covenant Books