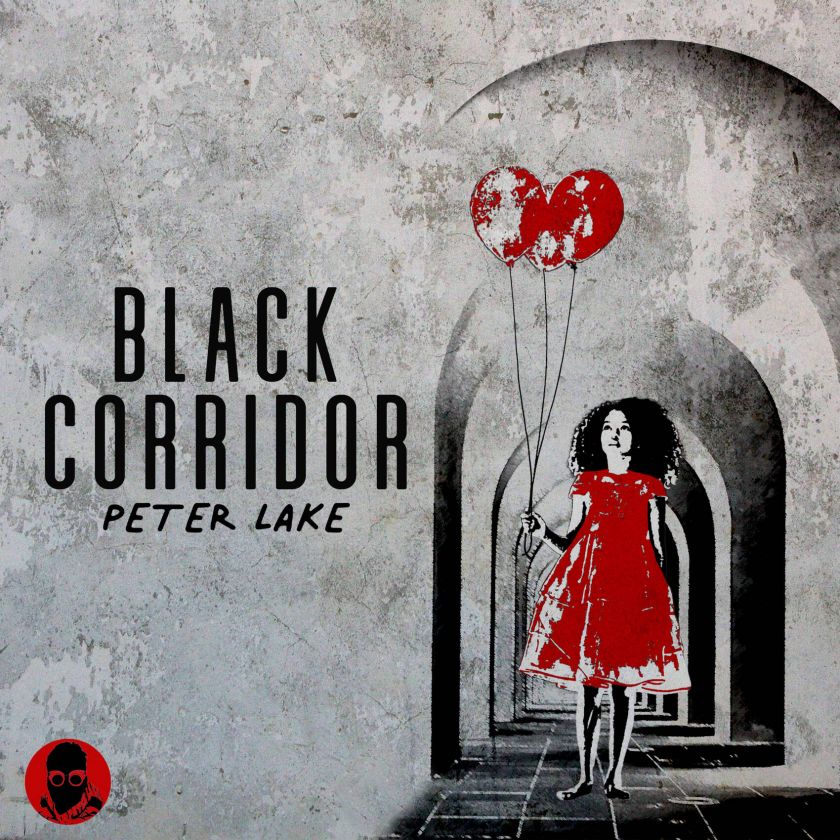 Peter Lake’s new single, “Black Corridor,” is a haunting track, punctuated by somber lyrics and syncopated rhythms. It’s a stylistic departure from his last single, “Bonfire Eyes,” which garnered over 1M streams within a couple weeks of its release. Lake proudly states that he is not confined to any one genre, and this speaks to his nimbleness as an artist. The song features Guns ‘N Roses guitarist Richard Fortus and globally renowned drummer, Charley Drayton.
The story of Black Corridor is heart-wrenching, yet familiar, to anyone who has been through a breakup. Lake tells the story as, “It’s odd to be living in a physical space where you once made all of these memories and have all of these emotional experiences, yet they don’t exist anywhere but in your mind. Black Corridor is based on the concept of two worlds: the outside world and your inside world. The outside world is what you experience the second you step outside your home or when you aren’t with your significant other. The inner world is what you create with someone you love, a safe space with your inside jokes, and growth between the two of you. When the inside world suddenly turns dark when your significant other leaves you, you’re left in this black hole, or as I call it, a black corridor. Especially when you’re young, your inner world with your significant other becomes your everything, and watching it crash down while the outside world around you is as chaotic as it is was detrimental to me. One of my favorite lines from the song is ‘Pages and pages blank, I erased you…’ It’s interesting how we cope with pain in certain situations. In this case, I tried to erase all of the love and time I had invested into my significant other, but it ended up more lonely that way. Life isn’t supposed to be lived in this constant state of loneliness, especially when I look around and see others living in light. This “new surprise” I talk about in the song really saved me. She showed me that light, helped me perceive things in a new way, and through that, I really found myself again. All in all, the verses have quite a dark tone to them, symbolizing the grimness of that period in my life, while the chorus has a brighter and more positive sound, showing the optimism of that new surprise.”
Lakes music serves as a medium to “makes someone’s day better,” and he hopes to continue to reach his fans with lyrics that resonate and inspire.
This will be the final single Lake releases before his first EP, “Yellow”, drops in late July. “Yellow” will consist of three songs and their accompanying music videos, which together create a short film. Lake will be putting out two more EPs this year in the wake of “Yellow” — look out for “Red” and “Blue”.
On the heels of the wildly successful releases of “Vaccinate With Love (Dedicated to Dr. Osterholm)” and “Bonfire Eyes” (each track had over 1.5 million streams within weeks of release), Lake is continuing at pace with a striking visual symphony for Black Corridor. Music video director Paul Boyd offered us a look inside his vision for the video; “The concept reflects a death dream as different characters travel through a black corridor, a portal to a new dimension as seen through the eyes of a child. The characters share a fate as they gather at a closed red door.” Makara Gamble, child actress and model, stars in the video.
About Peter Lake
Enigmatic New York City-based singer-songwriter Peter Lake revels in anonymity. It’s his belief that people’s perception of him should not influence his message and music. Lake’s music is the perfect alchemy of commercial pop and dynamic pock, underscored by indie melodies. He believes in increasing his range by combining elements of different genres, blending the best of musical styles to create one cohesive sound. The final product is more than a tracklist, it’s an immersive experience for the soul.
For more information, visit: www.peterlakesounds.com
Media Contact: Heather de Armas
407-921-3555 ; heather@peterlakesounds.com
Instagram: @peterlakemusic
Spotify: https://open.spotify.com/artist/2LO6MZ0w06BnfgIfoJHIe6?si=bxxygHYrS8WWOUrvQQOCIg
Apple Music: https://music.apple.com/us/artist/peter-lake/208118625
Soundcloud: https://soundcloud.com/peterlakemusic
YouTube: https://www.youtube.com/channel/UCGcgVqpA7DL2yKmvRVZ9NYA
###
Source: Peter Lake Sounds