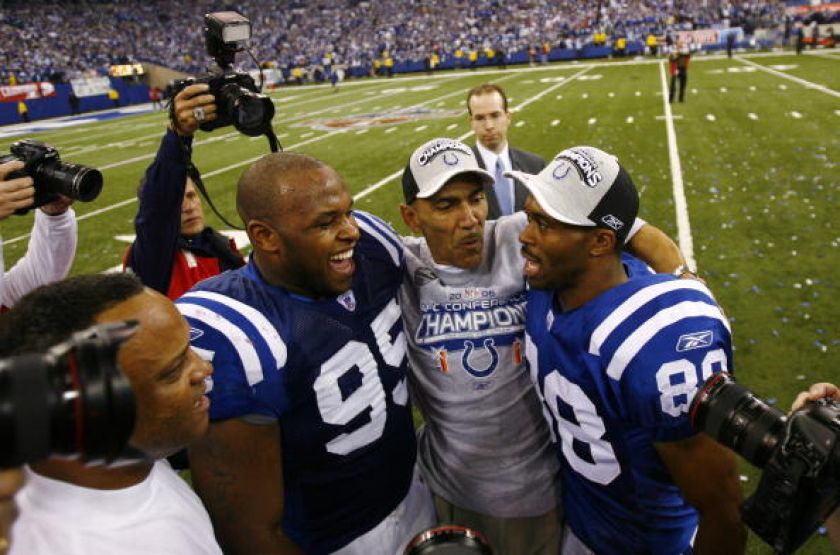 Freehold New Jersey native, Darrell Reid, has learned a lot of football over his life. Gaining a wealth of knowledge, he wants to share not only with players but also coaches. On Saturday, May 8, he will be taking the time to do just that. Partnering up with the Howell PAL, Darrell will host the first of its kind, “Chalk Talk Coaches Clinic,” where coaches from across New Jersey and neighboring states will get an opportunity to learn what he knows best…defense and specifically, defensive line.
“I have a lot of respect for coaches. It takes a lot of time, dedication and most of all sacrifice to commit to coaching on any level,” Reid expressed. “I’ve trained and worked with many players after playing in the NFL. Then a few years ago, I tried my hand at coaching and realized quickly, there was much more to it than I thought,” said Reid. “It was an experience I will cherish and I’m grateful for… but at the time, it (coaching) wasn’t for me.”
Known for one of the hardest hits in NFL history, most don’t know that before Reid was an all-state linebacker, he was first a defensive lineman, his sophomore year in high school. When he went on to college and when the Minnesota Golden Gophers asked him to move from linebacker to defensive line, he was very open to the idea. “It wasn’t a tough transition for me,” says Reid. “I already had an understanding that games were won and lost in the trenches and for me it was always about doing whatever I could to help my team win.” There he was, a redshirt freshman, starting as the smallest defensive tackle in the Big Ten at 235 lbs. “I was getting rag-dolled out there every week,” Reid remembered. “But it made me tougher and made me really hone in on my technique. Technique can be your savior.”
Reid then went on to play for the Tony Dungy and Peyton Manning led Indianapolis Colts, winning the Super Bowl of 2006 in just his second year in the NFL. “I had no idea I would get to play for some of the greatest defensive-minded coaches ever.” He’s referring to the aforementioned Tony Dungy and the late great John “JT” Teerlink; known in NFL circles as one of the greatest defensive line coaches in NFL history. He also got the opportunity to play alongside two of the greatest pass rushers in NFL history; Dwight Freeney and Robert Mathis. “I learned from the best and played alongside the best.” Reid looks forward to passing that knowledge on like a touchdown pass from Peyton Manning to Marvin Harrison. Did somebody say Omaha?
The Chalk Talk Coaches Clinic is open to coaches on all levels and will focus on defensive line. For more information or to sign up go to chalktalkcoachesclinic.com.
Source: Point Consulting LLC