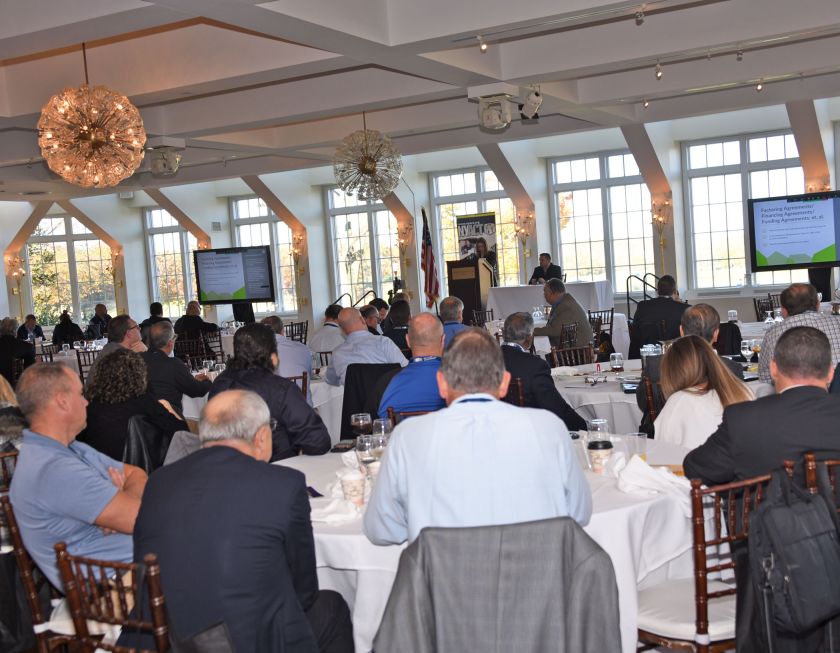 Over 250 anti-fraud professionals attended The New York Anti Car Theft and Fraud Association (NYACT) 2021 Annual Education Conference on Nov. 10, 2021, at the Heritage Club at Bethpage State Park and virtually via a live stream on Zoom. Keynote speaker, NBC Counter-terrorism Analyst & Former Presidential Advisor, Roger Cressey, addressed the crowd and shared his knowledge and expertise from both corporate and government backgrounds to explain how today’s cyber security requirements extend beyond traditional IT networks.
In addition to hearing from Mr. Cressey, attendees attended five other sessions taught by leaders in the anti-fraud field, including Joe Stephenson, Director, Digital Intelligence, INTERTEL, Inc., who discussed new avenues where evidence can be located with an emphasis on new search techniques, hashtags, emojis, websites, and linking data between platforms for law enforcement investigations.
John Reznikoff, Founder of University Archives, together with Kevin Mattei, Esq., and Nicole Holler, Esq., of McCormack, Mattei & Holler, presented “Identify Theft and Fraud – Current Trends in the Insurance Industry.” Additional topics were on fake temporary license plates being used by criminals to commit crimes; durable medical equipment fraud; and a presentation on the NYPD Auto Crime Unit that has instituted a counter theft program for catalytic converters.
Each year, the NYACT Board of Directors presents awards at the NYACT Annual Education Conference. The Joe McDonald Award is NYACT’s highest and most prestigious honor and is given to an individual or team in law enforcement. This year’s honor was presented to the Westchester County District Attorney’s Office – Auto Theft Unit’s Operation Sledgehammer team, Roger Bock, Patrick Coughlin, and Michael Occhicone. To date, nine defendants and five businesses were charged for defrauding insurance companies by enhancing motor vehicle damage and falsifying insurance claims. Additional felony offenses included: Grand Larceny in the Second Degree, Money Laundering in the Fourth Degree, Insurance Fraud in the Third Degree, and Grand Larceny. Additional arrests are still anticipated.
The John J. Kennedy Award was presented to Robert Lewis, Progressive Casualty Insurance Company, who investigated an individual who specialized in identity theft, broker activity and arranging caused losses in the amount of $1,174,618.00.
Lifetime Achievement Awards were presented to Stephen Englert, Hereford Insurance Company, and to William Mitzeliotis, Liberty Mutual Insurance Company, in addition to several Certificates of Meritorious Achievement for law enforcement and insurance investigators.
The New York Anti Car Theft and Fraud Association (NYACT), New York’s association founded to provide training for insurance and law enforcement personnel to combat vehicle crime and insurance fraud.
Visit nyact.org for articles and from the conference or email the NYACT Office at office@nyact.org.
Source: New York Anti Car Theft and Fraud Association