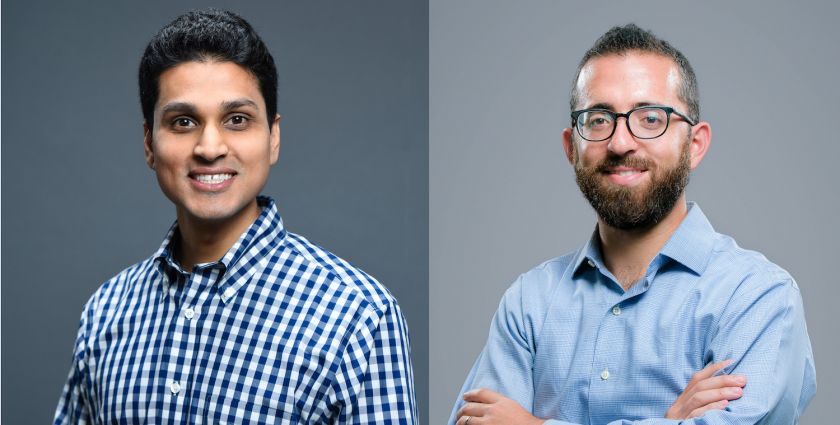 Origin Ventures today announced the promotion of Scott Stern and Prashant Shukla to Partner.
Since joining Origin in 2016, Scott has led investments across both marketplaces and software companies and serves as board director or observer for Tovala, Idelic, Anthill, Fountain, Kidizen, and Voxpopme.
Prior to joining Origin, Scott spent six years as a quantitative energy trader, using advanced computing and big data approaches. Before attending business school, he helped start and launch Qore Performance – a performance apparel and thermoregulation startup in Northern Virginia.
Scott holds a B.A. in Economics and Mathematics from Washington University in St. Louis and an MBA from the University of Chicago Booth School of Business with concentrations in Entrepreneurship and Finance.
Since joining Origin in 2017, Prashant has led investments across several categories and serves as a board director or observer for BlackCart, Hammoq, 15Five, Blueboard, Glimpse, Everee, Pronto, Measured, and Trala.
Prashant started his career at Bain & Company where he spent most of his time advising technology clients dealing with strategic questions around emerging technologies. He also served as the first product manager at Metromile, building the first pay-per-mile auto insurance product along with telematics-powered features for users. Prashant helped scale Metromile to over three hundred employees as it raised over $200M in venture capital financing. The company went public earlier this year.
Prashant holds an MBA and MPP from the University of Chicago and undergraduate degrees in Economics, Business, and Environmental Economics & Policy from the University of California at Berkeley.
“Our firm has been built on values that our founders Steve Miller and Bruce Barron established in 1999. Scott and Prashant demonstrate these values and have been a crucial part in shaping our firm,” said Brent Hill, Managing Partner at Origin Ventures. “They have earned the trust of founders and our partnership at Origin.”
“These promotions have been attained through tenacious pursuit of great companies and relentless support of founders,” said Jason Heltzer, Managing Partner at Origin Ventures. “We know their contributions are just beginning.”
——————
About Origin Ventures:
Origin Ventures is an early-stage venture capital firm founded in 1999 that invests in high-growth technology companies creating software and marketplaces for the “Digital Native Economy.” Origin Ventures was an early investor in Grubhub, Cameo, BacklotCars, Tock, Tovala, 15Five, and other market leaders. The investment team members are all former operators and engineers with experience at Google, Twitter, SAP and Metromile, among others. Origin’s offices in Chicago and Salt Lake City provide access to opportunities in the U.S. and Canada.
Contact:
Devon Leichtman
devon@originventures.com
Source: Origin Ventures