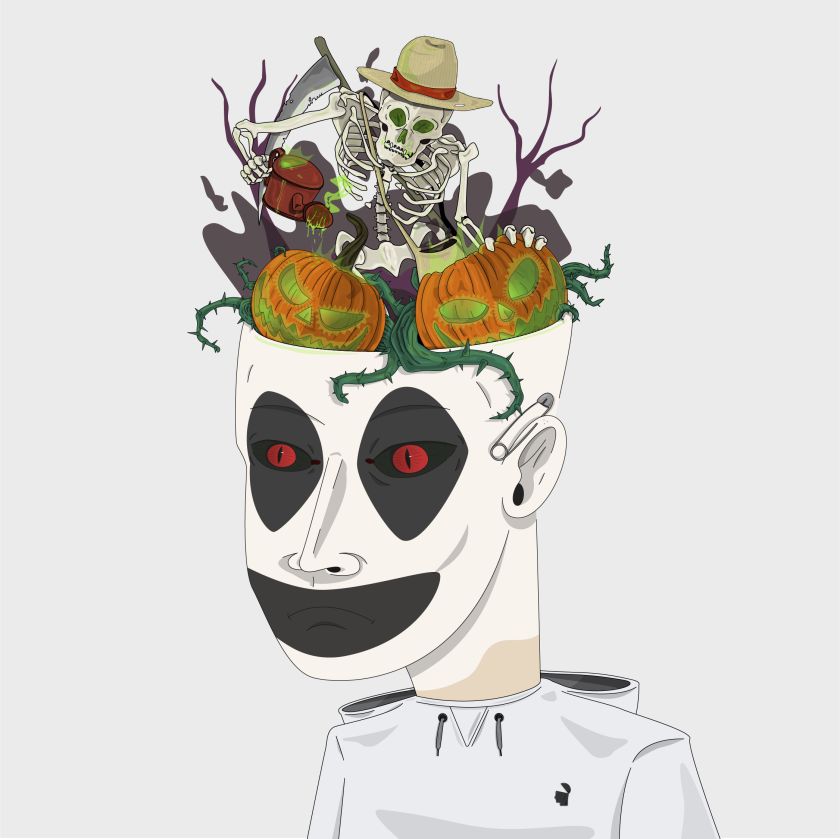 Open Head NFT (https://openheadnft.com/) the world’s first fully transparent on-chain Ethereum raffle project, is preparing to launch ahead of its highly anticipated initial raffle.
The Open Head NFT project, which welcomes community members to stake their claim in potentially winning life-changing ETH prizes, is the brainchild of the respected industry figure known as Quim Roca – a Spanish native who calls the world home – and supported by his global collective of leading designers, developers, artists and strategists.
With an official launch date of Jan. 12, 2022, the community-driven Open Head NFT project champions transparency within the NFT space and is dedicated to demonstrating its focus on trust via its fully on-chain architecture, audited smart contracts and project ethos.
Ethereum Raffles
Open Head’s Ethereum raffles are funded by the project’s own profits, with an initial raffle promising a prize of 100 ETH (valued at $450,000 at time of publication).
Once the winner of the initial raffle is announced, Open Head will proceed to provide monthly raffles featuring equally life-changing Ethereum prizes. Prize amounts are directly correlative to community support, placing power in the hands of the people in line with Open Head’s inclusive perspective on NFT sector ideals.
Platform integration with Rarity.tools and Rarity Sniper is already in the pipeline, as are expansions into Open Head merchandise, and a range of other cross-industry collaborations are currently in development.
On-Chain Construction
Open Head has taken every measure to demonstrate transparency to be at the heart of its project operations. The entire raffle system is constructed on-chain, meaning every transaction is validated and visible via public ledger where they are verifiable by any user that wishes to do so.
Proprietary Smart Contracts
Open Head raffles operate within independently curated smart contracts that cannot be accessed by project developers. The smart contracts are audited by an unbiased third party, which will publish all audit results publicly. As a result, Open Head can guarantee 100% transparent raffles that provide every entrant with a provably fair chance of winning.
Transparency Reigns
The Open Head NFT team is focused on championing transparency within the NFT space and forging the way for a new era of NFT projects that value trust similarly.
Quim Roca, Open Head NFT Founder: “The world of NFTs has already proven to be an incredibly exciting space. Now, we must ensure this young sector does not stray from the ideals from which it sprung. With our project, we provide a 100% provable fair system that welcomes believers in our cause to win life-changing prizes. If you love the values upon which NFTs were founded, I encourage you to check out what we are doing at Open Head. The initial response has been fantastic – and we’re only just getting started…”
Open Head NFTs
Minting of Open Head NFTs will open on Jan. 12, 2022. Each of the 10,000 available NFTs feature unique, immersive artworks by acclaimed digital artists.
The topless craniums of the Open Head NFT artworks represent the project founder’s hopes for the NFT space to cultivate a new age of free-thinking and assessment of traditional practices.
Each Open Head NFT will cost 0.07 ETH (+ gas fees), part of the team’s effort in promoting a more affordable entry point than many current NFT projects.
For the latest project news – including the announcement of an exclusive pre-sale for early supporters – join the Open Head Discord.
Discover more about Open Head NFT on their website and Twitter.
Contact
For all media and investment enquiries, contact Open Head NFT PR at info@openheadnft.com
Source: Open Head NFT