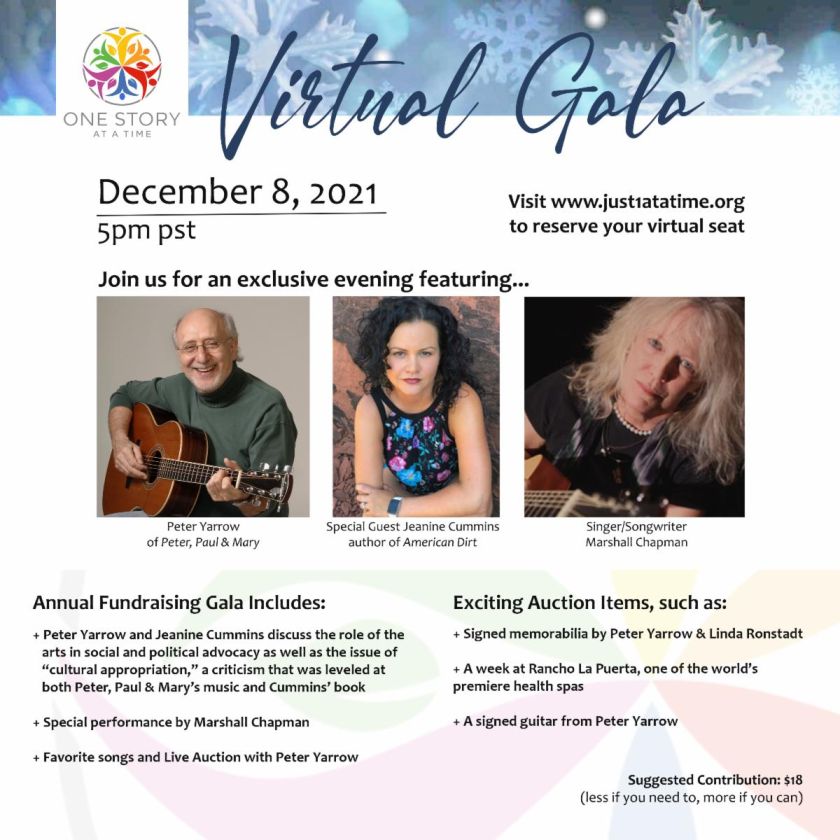 One Story at a Time welcomes Peter Yarrow and his songs to its virtual Gala along with a special appearance by Nashville singer and songwriter Marshall Chapman. Peter will also be joined by celebrated author, Jeanine Cummins, whose best-selling book “American Dirt” (Oprah’s pick of the month in 2019) shines a light on the extreme crisis of the lives of immigrants that One Story at a Time strives to help. Peter and Jeanine will discuss the role of the arts in social advocacy as well as the issue of “cultural appropriation”, a criticism leveled at Cummin’s book and the music of Peter, Paul, and Mary.
One Story at a Time offers humanitarian aid, education, music, and resilience training to vulnerable populations along the Mexican border.
The auction will include signed memorabilia by board member Linda Ronstadt and co-founder Peter Yarrow, in addition to many other exciting items, such as a week at one of the world’s premier health spas, Rancho La Puerta.
Tickets: suggested price $18.00; less if that is too much, and more if you can afford it.
Sign up at https://just1atatime.org
Media Contact Information
Linda Carrolllindacarroll44@gmail.com
Source: One Story at a Time