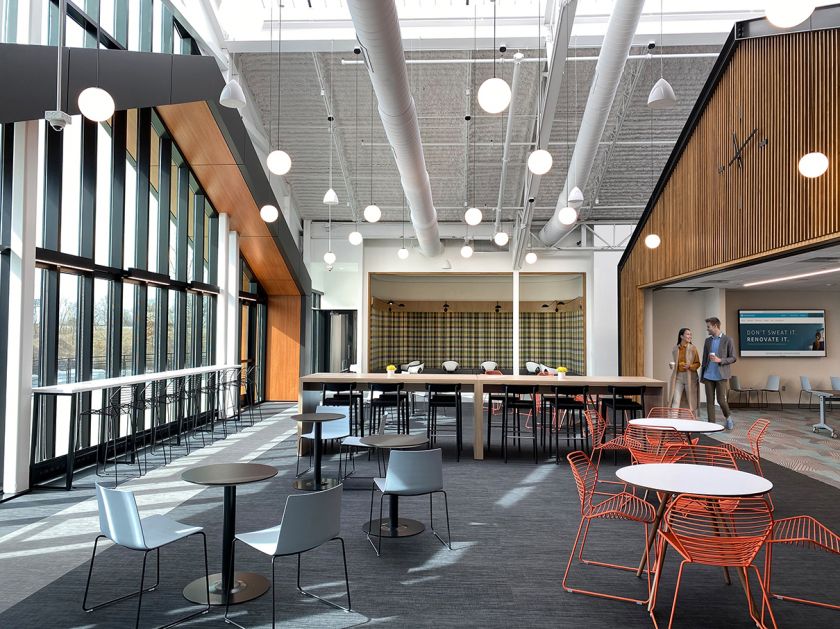 Northpointe Bank earned the number eight (8) spot in the nation for best performing community banks between $3B and $10B in assets, according to S&P Global Market Intelligence rankings for 2020*. This top honors comes in addition to record-breaking year, and the creation of over 261 new jobs in the past 12 months. This success can be directly attributed to an amazing team of employees and leadership all working toward the shared goal of offering the best value to clients across the nation.
“We are very pleased to receive this accolade,” said Chuck Williams, Northpointe Bank President & CEO. “I want to emphasize that people are at the center of everything we do. We build trust and lifelong relationships with both our employees and the customers we serve.”
The S&P Global Market Intelligence rankings are derived from calculating scores based on six important metrics: pretax return on tangible common equity, efficiency ratio, net interest margin, operating revenue growth, leverage ratio, and nonperforming assets and loan 90 days or more past due as a percentage of total assets, net of Paycheck Protection Program loans. Based on the above, 168 top-tier banks were eligible for ranking.
About Northpointe Bank:
Northpointe Bank, headquartered in Grand Rapids, Michigan, is a client-focused company that provides home loans and retail banking products to communities across the nation. Our mission is to be the best bank in America by bringing value and innovation to the people we serve. For eight years, Independent Community Bankers of America® has ranked Northpointe Bank as a top-performing bank in the nation out of approximately 5,000 ICBA member banks**. Learn more about Northpointe Bank at: www.northpointe.com. Member FDIC – Equal Housing Lender.
Contact:
Michael J. Winks, President Lending & Retail Banking
(616) 974-8406 michael.winks@northpointe.com
* -Source: S&P Global Market Intelligence rankings. ** – Source: Best Performing Community Banks; Independent Community Bankers of America ranked Northpointe Bank as best performing bank according to return-on-equity for banks with assets over $1 billion.
Source: Northpointe Bank